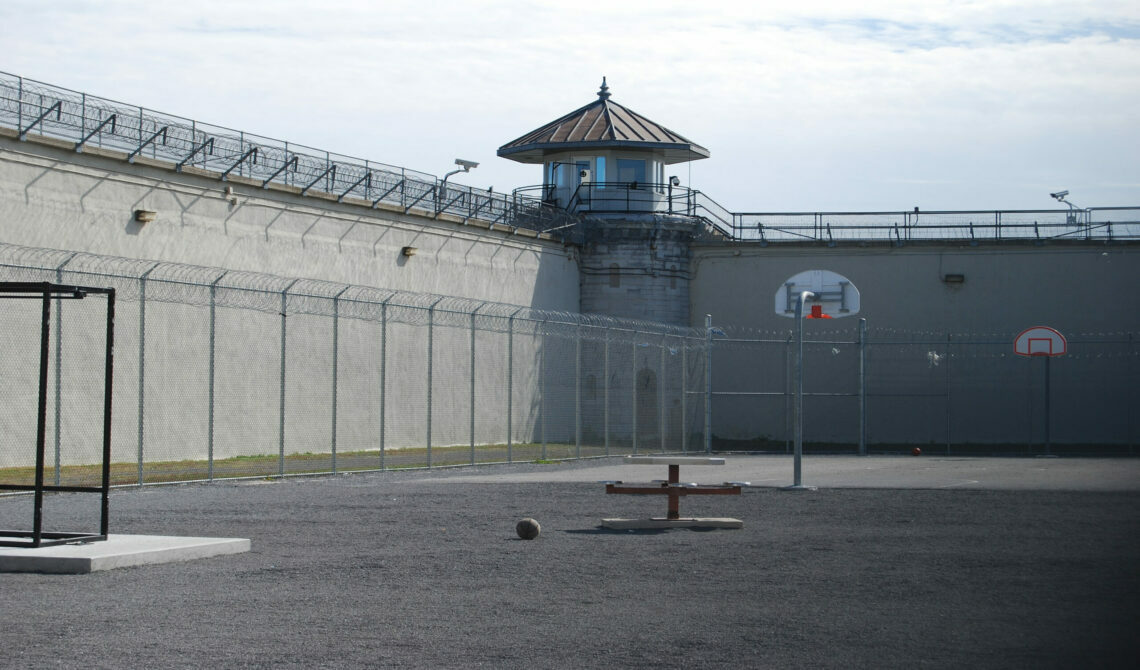 As of March 2022, the United States’ total inmate population is approximately 2 million individuals, including those housed in 1,566 state prisons and 102 federal penitentiaries.

According to Kent State University, the U.S. judicial system today incarcerates approximately 0.7% of the general population.

The federal government operates federal prisons or penitentiaries. The Federal Bureau of Prisons (BOP) is an agency under the U.S. Department of Justice (USDOJ) that manages and regulates all U.S. federal penal and correctional institutions.

Like jails, private institutions operate some prisons and penitentiaries. In general, prisons incarcerate inmates with sentences over one year.

You may wish to locate an individual in one of the thousands of state or federal penitentiaries or local jails in the U.S. However, visiting multiple websites of state, federal, and local correctional facilities is challenging.

Lookupinmate.org is a one-stop website where you can locate valuable information regarding inmates and correctional facilities, including penitentiaries, prisons, and jails throughout the U.S. Simply search by jail name, jail type, or state.

If you wish to know more about penitentiaries, read on.

Jails and Penitentiaries: What Is the Difference?

Some individuals use the terms “jails” and “prisons” synonymously.

However, the primary difference between jail and prison is the inmate’s length of stay. Jails usually house inmates in the short term and prisons in the long term.

Individuals frequently use the term “penitentiary” in formal contexts. A penitentiary is a type of prison, like a state or federal prison in the United States, which often houses criminals convicted of serious crimes. Such sentences may also include misdemeanor convictions over one year.

Generally, a state government or the BOP usually operates prisons. They often offer various programs to inmates based on their level of custody:

Halfway houses. These residences are for individuals released from institutionalization that facilitates their adjustment to private life.

Inmates nearing the conclusion of their prison terms are usually eligible for such programs.

Why Is It Called a Penitentiary?

Etymology, the study of the origin of words, can provide insights into modern terms.

The term “penitentiary” originates from the Latin word paenitentia, which means  “repentance.” A penitentiary is where a court sends people to make repentance for a crime committed. They can show penitence or sorrow for their wrongdoing.

What Is the Meaning of “State Penitentiary”?

Federal prisons have five levels of security. Meanwhile, state prisons typically only have three, including:

The Department of Corrections (DOCs) Objectives

The objectives of DOCs include:

Reintegrating Housed Inmates Back Into Their Communities

Helping individuals re-enter society is one of the objectives of DOCs. The department ensures that housed inmates are healthy, drug-free, and employable once they return to their communities.

Breaking the Cycle of Incarceration and Reducing Recidivism

Recidivism is the tendency of individuals to return to a previous condition or mode of behavior.

DOCs’ goals include increasing the safety of prison staff, offenders, and communities.

The goal for individuals on “lockup” is to become law-abiding members of society. DOCs can provide programs like:

Are Penitentiaries Actually Worse Than Jails?

A penitentiary is a type of prison. As noted, the operators and general length of sentences serviced differ among jails and prisons.

Jails house a broad mixture of inmates in various stages of the criminal process, including those in post-arrest and post-incarceration supervision. Every year, several millions of detainees cycle through jails.

Individuals in jails may include:

Pre-trial offenders may remain in jail for over a year based on the time needed for their case to proceed through the criminal justice system. Meanwhile, individuals who cannot post bail for complex cases may complete long jail stays.

State prisons generally house individuals with sentences ranging from one year of incarceration to life in prison.

Individuals serving a life sentence without the possibility of parole and death row inmates remain incarcerated until their passing unless the case is successfully:

The process of “commuting” a sentence involves the power to substitute a judiciary’s verdict for a lesser sentence.

Inmates in state penitentiaries usually include defendants who committed crimes in that state. However, prisons may hold out-of-state inmates who are not safe at correctional facilities within the state where they committed the crime.

Federal prisons house pre-trial detainees accused of and convicted of federal crimes. An individual can enter the federal prison system anywhere in the U.S.

The states that contain federal prisons include New York, California, and Texas.

What Are the Security Levels of Federal Penitentiaries?

The Bureau of Prisons categorizes a federal prison as one of five security levels. These levels include:

Several factors determine the security level of a federal prison:

The highest prison security levels provide the least liberties and most restrictions.

As of July 2022, the most secure federal prison in the U.S. is the administrative-maximum security prison (ADX). The ADX is at the Federal Correctional Complex in Florence, Colorado.

Prisoners confined in this institution have minimum contact with other individuals. In addition, BOP operates particular Special Management Units (SMUs) within U.S. penitentiaries.

The judicial system sends offenders to the ADX or an SMU after authorities have determined that individuals are predatory or unable to function in more open prisons.

Eastern State Penitentiary: Famous Prison With a Past

Following the conclusion of the American Revolutionary War in 1787, delegates James Madison and Alexander Hamilton drafted what eventually became the U.S. Constitution.

During that year, a group of civic-minded leaders met at Benjamin Franklin’s home to debate the issue of prison reform. Conditions at America’s first jail, Walnut Street Jail, were problematic during this time.

From its founding, Pennsylvania aimed to differ from the other American colonies. For example, founder William Penn held Quaker values that avoided the harsh criminal code of British North America.

Quakers are in a Christian group known as the Society of Friends. Early Quakers opposed both Protestants and Roman Catholics.

In 1787, Rush proclaimed that U.S. judicial system needed radical changes. He argued that crime was a “moral disease” and suggested a “house of repentance” was needed. These prisoners could:

Afterward, the criminal justice system implemented prison reform at the Walnut Street Jail. For example, the prison segregated inmates by crime and sex.

Meanwhile, the Eastern State Penitentiary’s construction started in 1822. It featured an innovative architectural design with seven wings of individual cell blocks extending from a central hub.

Additionally, penitentiaries are required to meet state and federal requirements regarding issues like accessibility.

Other results of prison reform include prison industries like prison pen pal websites. These services allow individuals to exchange letters with inmates. However, you should consider safety precautions, such as using a P.O. box rather than a home address.

The judicial system has expanded significantly since the first American prison. Today, the U.S. spends over $80 billion on public prisons.

You can read critic reviews before watching such movies. The reviews may also include citations that provide additional information regarding the films.

When the Eastern State Penitentiary opened in 1829, nations worldwide were amazed by the building’s architecture and the founders’ progressive philosophy.

Additionally, the prison’s use of prisoner reform through strict isolation became a model throughout the world.

In 1971, the Eastern State Penitentiary closed and became a national historic landmark.

Eastern State Penitentiary remains one of the world’s most famous prisons. Past inmates included the legendary gangster Al Capone.

Some of the prison’s features included: