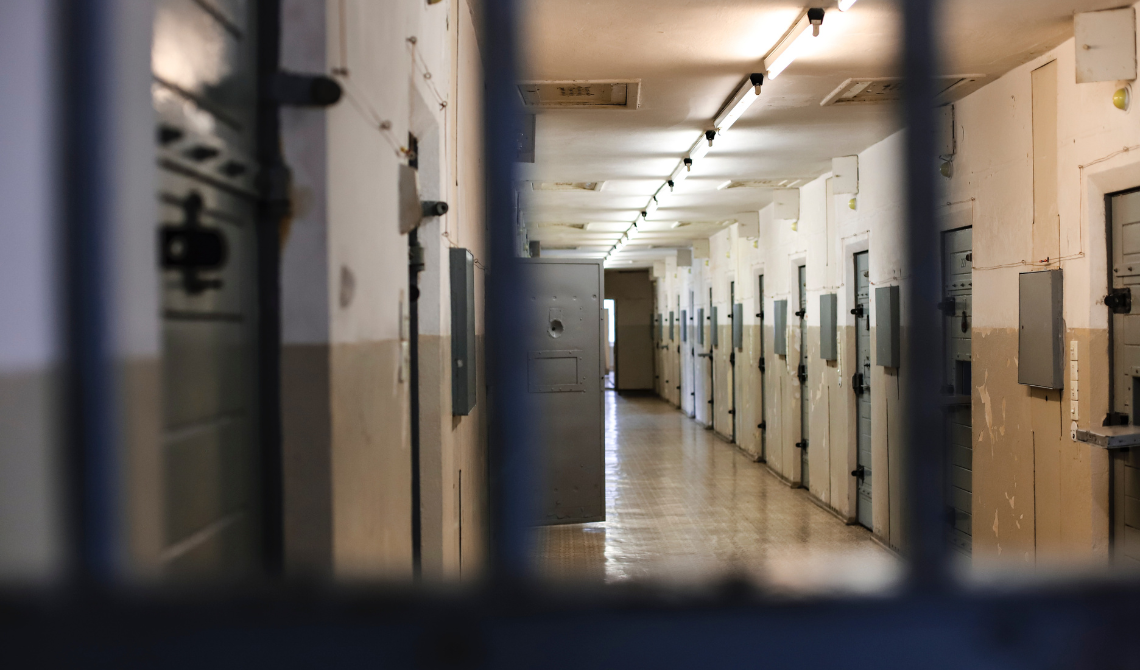 Private prisons are correctional facilities owned by private entities and managed through a contract with the government.

These businesses run prisons for profit, relying on the number of inmates and the average length of their services to stay financially afloat.

Overcrowding and the lack of funds push government agencies to turn over prisons’ daily maintenance and staffing needs to these private organizations.

However, because private prisons operate for profit, companies are reportedly selective in accepting inmates.

While they prefer prisoners with long sentences, they typically decline criminals with mental or medical conditions and violent criminal backgrounds. These refusals will prevent added costs on their end.

Thus, advocates lobbying for an end to mass incarceration are calling for greater scrutiny of private prisons even as the businesses managing them are expanding their work beyond detention to prison labor and other areas.

This article looks at the private prison industry in the U.S. The public’s views on the issue from both sides of the spectrum are also part of the discussion.

LookUpInmate.org allows you to access information on more than 7,000 correctional facilities across the country, including private institutions.

America had its first private prison as early as the 1850s. The California government awarded contracts to private individuals to run the San Quentin State Prison, the state’s oldest penal institution that opened in 1852.

Crime rose in California as migrants flooded the area amid the “Gold Rush,” and the state government built the prison to detain the offenders.

California’s “Gold Rush,” is an event that lasted for seven years until 1855. Around 300,000 individuals headed to California following the discovery of gold flakes in 1848 along the American River.

Law enforcement officials initially held the criminals in an abandoned ship named Waban at San Francisco Bay, but it had become too overcrowded.

The companies who won contracts to manage the prison had the right to hire the prisoners as laborers.

The demand for these institutions also surged at the height of the federal government’s war on drugs campaign in the 1980s.

The Federal Bureau of Prison (BOP) and many state governments continue to tap third-party contractors to house criminals.

President Richard Nixon kicked off the strategy in 1971 by raising funding for drug control agencies.

However, the campaign rose to great heights during the administration of Ronald Reagan, with the enactment of the Anti-Drug Abuse Act of 1986.

How Many U.S. Prisons Are Private?

The 2019 Bureau of Justice Statistics census of adult correctional facilities shows that 411 of the 1,677 establishments that are part of the BOP system are privately operated units.

In a breakdown of incarceration rates at these private institutions, the report said that the majority (77%) were state offenders, followed by federal (22%) and local criminals.

What Is the Purpose of Private Prisons in the United States?

The BOP describes private prisons in the United States as the government’s reliable partners in operating prison facilities, which the country could no longer maintain on its own.

The bureau expects these contractors to deliver services bearing these traits in mind:

Third-party partners that enter into contracts with the BOP get a statement of work or performance work statement that outlines the local or federal regulations for compliance.

Contractors must also integrate BOP policies in their operations, including inmate classification, discipline, use of force, and sentence computation.

The private prison owners and prison management service providers that the BOP work with have accreditation from the American Correctional Association and The Joint Commission (TJC).

TJC is a nonprofit organization that administers voluntary accreditation for hospitals and other healthcare organizations.

The BOP assigns correctional officers to private prisons to ensure that the private partners fulfill their contract obligations, including integrating government regulations in day-to-day operations.

When prison contractors emerged in the 1980s, they promised to lower the government’s overall budget for the prison system nationwide.

Since then, other businesses have joined the private prison sector, including GEO Group (formerly Wackenhut Securities), Management and Training Corporation, and Community Education Centers.

The Sentencing Project has compiled the latest incarceration trends in their 2022 Private Prisons in the United States report.

This Washington D.C. nonprofit organization advocates the reduction of imprisoned citizens and a more humane response to crime. Here is a summary of their findings.

Montana holds the highest number of inmates in private prisons. Half of the state’s prisoners—or 1,962 incarcerated people—are in the custody of private institutions.

Meanwhile, private prisons do not operate in 22 states—like New York and Louisiana.

The BOP estimates the number of people in private federal prisons at 1,417 out of the total 158,326 prisoners. Ninety percent of the inmates are in public prisons.

During President Joe Biden’s first year in 2021, he signed an executive order (EO) ending the renewal of contracts that the Department of Justice (DOJ) made with private operators.

As a result, the BOP transferred inmates at Moshannon Valley Correctional Facility in Pennsylvania and Rivers Correctional Institution in North Carolina to public prisons. Contracts with GEO Group at these facilities expired in March 2021.

The Department of Homeland Security (DHS) has hired private prison contractors on behalf of the U.S. Immigration and Customs Enforcement (ICE) and Border Control to house 79% of its over 24,000 migrant detainees.

The Moshannon Valley Center reopened in September 2021 to serve as an ICE detention center.

Should Prisons Be Privatized? The Top 3 Pros and Cons of Private Prisons

Prison privatization or hiring a private prison partner has several advantages and disadvantages. The primary benefits of working with external contractors are the following:

Getting a private contractor can be an alternative for state governments with overcrowded correctional facilities, where the risk of danger may increase due to inmate discontent.

Public-private sector partnerships give incentives to contractors for applying their best practices in reducing in-prison violence and recidivism rates or re-offending rates.

These programs can benefit the entire prison system.

Some private contractors offer programs that can improve the inmates’ chances of finding jobs after release.

The prisoner’s employability after incarceration will support not only themselves and their family’s finances but also the economy of the local community.

Ex-offenders are unlikely to return to former criminal pursuits with a stable job.

Meanwhile, the use of private prisons or contractors can pose these disadvantages:

A 2020 study in the American Economic Journal notes that private prisons’ $45,000 average annual spending for every inmate is lower than the public sector cost of $50,000 a year.

However, the author adds that, on average, inmates in private facilities tend to stay in prison 90 days longer than their counterparts in public institutions.

Contractors reportedly shell out $1,100 for the extra 90 days in prison. Thus, the additional expense reduces the government’s supposed $5,000 in savings.

Earlier studies in some states indicate that purported savings are questionable after the calculations underwent review.

Meanwhile, Arizona had paid $53.02 daily for every private prison inmate in 2010 compared to $48.42 for prisoners in government-held facilities.

The 2019 BJS report showed a higher percentage of physical or sexual assaults between prisoners in private prisons (30%) than in public institutions (20%).

Meanwhile, paying flat fees to private contractors for inmate healthcare can be detrimental to incarcerated individuals.

Reports say that in some states, such an arrangement can delay attention to medical conditions or those recovering may revert to poor health.

The firms became members at the height of the nonprofit’s push for mandatory minimum sentences and other policies that would bring more offenders to prisons.

Members include GEO Group and Core Civic, although reports said the latter left in 2010.

When President Biden signed the EO directing the attorney general not to renew contracts with for-profit prisons, the president noted that the move was part of a holistic approach to racial equity and fairer housing policies.

Biden claimed that corporations have been making profits from services that were “less humane and less safe.”

However, the EO excludes contracts that private contractors have with the ICE. Contractors saw this as a loophole in Biden’s instruction, prompting companies like GEO Group to offer their services at immigration detention facilities.

Private Contractors and Their Expanding Reach

Researchers at the University of New Mexico have discovered that private contractors sent donations to U.S. House members who sponsor laws that will discipline and penalize undocumented immigrants.

How Private Prisons Profited Under the Trump Administration

A 2019 report by the Center for American Progress (CAP), a non-partisan policy institute, said that Trump’s position on the issue has the following effects:

CoreCivic and GEO Group influenced their stockholders about their voting decisions in 2015.

The companies’ respective stocks soared by 18% and 34% after Trump’s victory. The firms reportedly sent memos saying that anti-detainee population policies can harm their business.

Even during his campaign trail, Trump was already vocal about strengthening immigration policies and expanding the prison system.

There were also bathrooms that had defective toilets, mold-ridden walls, and peeling paint at a GEO Group-managed facility in Adelanto, California.

CoreCivic and GEO Group made significant contributions to Trump’s presidential bid, donating $250,000 each.

The Center for American Progress report adds that the two firms financially supported lawmakers belonging to the congressional subcommittee that funded the Department of Homeland Security (DHS) during Trump’s term.

CoreCivic has particularly favored Republican candidates since the 1990s. Political aspirants from that party cornered 85% of the company’s contributions compared to 13% that went to Democrats.

Private prison service providers have set their sights on several properties and technological services to widen their stake in the nation’s criminal justice system.