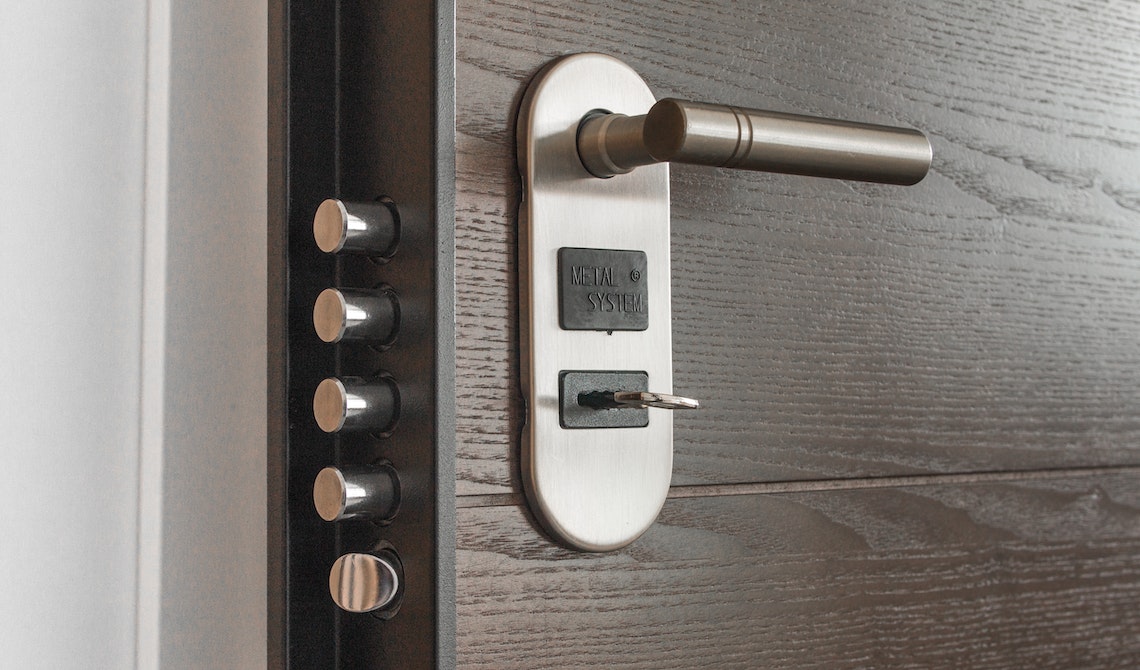 Maximum security prisons are correctional institutions with the highest levels of security. Socialization is limited as inmates have to be in solitary confinement for up to 23 hours.

Other inmates housed in these living quarters include prisoners with a history of sexual offenses and high-profile individuals like former judges, law enforcement officers, and notorious crime criminals. These individuals need protective custody as they risk harm from other prisoners.

While prisoners can have 30-minute phone call privileges monthly, there is hardly any human contact for those in maximum security prisons. The only human touch will come from the prison officers, who apply security restraints on them when they leave their cells for visits or exercise time.

Correctional officers allow medical, mental health, chemical dependency, and education staff visits. However, they are likely noncontact, including family and friendly visits. Prisoners also have phone call privileges of about

So, when a high-security inmate goes on parole, the idea of transitioning back to society can be a mind-boggling experience. Inmates may face fears of coping with technological innovation, for example, and would need help.

Inmates might also need social support to cope with the psychological effects of stigma, isolation, and even discrimination.

What are conditions like at maximum security prisons in the U.S. and the world? How do inmates survive from day to day?

This lookupinmate.org article puts maximum security life in perspective by describing these facilities in comparison with lower-level security prisons.

You will also find out the location of maximum security prisons across America and related facilities in other parts of the world.

lookupinmate.org’s database features correctional facilities at all security levels, including maximum security institutions and the inmates in their custody.

What Does Maximum Security Mean in Jail?

On the inside, these facilities have the highest staff-to-prisoner ratio compared to lower security prisons. As of August 2022, more than 19,700 federal inmates, or 12.5% of the federal prison population, stay in high-security institutions.

What Are the Levels of Security in Prisons?

Convicted criminals go into one of the five types of prisons under the management of the Federal Bureau of Prisons.

A facility’s security level sets the kind of security apparatus found in these institutions, inmate privileges, and the officer-to-inmate ratio.

The inmate experiences a higher quality of life—more freedoms—as the security designation of a facility goes down.

Inmates at these facilities make up nearly 15% of the prisoner population. Many prisoners are white-collar crime offenders with a higher educational level.

These inmates typically have less than ten years remaining on their sentences, generally for nonviolent crimes.

Prisoners live in dormitory-style housing and attend work programs, as many are preparing for reentry into regular community life.

Low-security offenders at these facilities have 20 or fewer years left on their sentence. FCIs have higher staffing levels than FPCs as low-security FCIs accommodate offenders with sex convictions.

Nevertheless, the environment at these institutions is less volatile than in medium-security facilities. Any inmate with a history of violent behavior has had years of good behavior since their last reported misconduct.

Prisoners at medium-security prisons have various criminal backgrounds and varying sentence lengths, including those serving 30 years and more. Medium-security inmates make up 33% of the prisoner population, as of August 2022.

Inmates’ housing units are similar to those in high-security prisons–small rooms with steel doors that close using a heavy deadbolt. Any windows will have bars and opaque panes.

Prisoners have more access to recreation and educational activities outside their cells than high-security inmates. They have work assignments that grant them time out of their cells.

Maximum security prisoners typically stay in one-person cells with a shelf to support a mattress and another shelf on which they can write and stack their personal belongings.

Some inmates die while serving their terms due to gang or interpersonal violence. Group disturbances and lockdowns happen frequently.

More than 90% of federal penitentiary inmates have a violent past, nearly 10% of this figure being murder, kidnapping, or aggravated assault convicts.

Moreover, 71% of maximum security prisoners have received sanctions for misconduct.

Here are three of America’s top maximum security inmates, all of whom are incarcerated at the Administrative Maximum Facility (shortened as ADX or ADMAX) Florence in Colorado:

Larry Hoover, a.k.a. “King Larry,” headed the notorious Chicago street gang Gangsters Disciples, which began in the 1960s and had a following of 30,000 members in more than 30 states.

Hoover received his first prison sentence of 150 to 200 years in 1973 for ordering the killing of a neighborhood drug dealer.

In 1997, the court gave him six life sentences for federal drug conspiracy, extortion, and organized crime.

Richard Reid is a British national best known as the “shoe bomber.” He hid homemade bombs in his shoes and attempted but failed to detonate them while on board American Airlines flight 63 from Paris to Miami in 2001.

Reid is serving a life sentence after pleading guilty to eight terrorism charges in 2002.

Dzhokhar Tsarnaev is on death row for detonating two homemade devices near the finish line of the Boston Marathon in 2013. Three people died, and 264 people got hurt in the incident.

In 2015, he received a death sentence after pleading guilty to 30 charges.

The First Circuit Court of Appeals reversed the death sentence in 2020. The appeals court claimed that the trial judge excluded evidence indicating the influence of Tsarnaev’s older sibling, Tamerlan, who deployed the bombs with his younger brother.

However, the Supreme Court reinstated the original sentence in 2022.

Four U.S.-based high-security prisons are included in our list of the world’s 10 most secure correctional facilities, then and now. Find out how these sites keep inmates locked up.

ADX Florence in Colorado is also called USP Florence ADMAX, super-maximum or supermax prison, and “The Alcatraz of the Rockies.”

The supermax is one of four buildings within FCC Florence. The prison houses some of the most dangerous prisoners, including local and international terrorists.

Cells feature remote-controlled steel doors. In case of escape attempts, the control center of the prison security can activate a panic button that closes every door in the facility.

The U.S. Penitentiary Alcatraz, operational from 1934 to 1963, stands on the remote Alcatraz Island in the middle of San Francisco Bay. Its expensive daily maintenance cost forced its closure.

Meanwhile, six died after being shot while escaping, and two drowned. Strong currents, cold temperatures, and the 1.25-mile distance to the shore made it impossible for prisoners to survive breakouts.

The notorious French “VIP prison” closed for renovations in 2014. It had once held Venezuelan left-wing terrorist Ilich Ramirez Sanchez, a.k.a “Carlos the Jackal” and Panamanian dictator Manuel Noriega.

Paris has even sealed off the sewage line and tunnels beneath this prison, barring prisoners from making their way out via underground routes. The 1960 film Le Trou (The Hole) depicted a true-to-life prison break in 1947.

For the public’s safety of this area—which has become surrounded by private homes—police personnel conduct 24/7 patrols inside and outside the facility’s Barrack No. 12, which holds high-profile offenders. Two watchtowers beef up security.

Most of the inmates at the Tokyo-based Fuchu Prison—Japan’s most enormous prison—are serving sentences for drug trafficking or yakuza involvement. The law also sends foreign lawbreakers to this prison.

Yakuza gangs, which are organized crime groups that began operating in the early 1600s, engage in gambling, smuggling, and pornography. They are also involved in drugs, weapons, and prostitution.

The threat of solitary confinement for noncompliance and 44-hour work weeks ward off thoughts of running away. When put in isolation, prisoners may have to kneel on the floor for 10 hours a day as part of the punishment.

USP Terre Haute is a medical care level prison for offenders needing treatment for severe physical conditions but do not require hospitalization. This federal prison has a special confinement unit for people on death row.

The prison has 10 guard towers on the walls that are manned round-the-clock. Authorities attach physical restraints on maximum control facility prisoners every time they leave their cells, even when they exercise alone.

Camp Delta is one of the detention camps on the Guantanamo Bay Naval Base in Cuba that the U.S. government runs. With a 1,000-person capacity, this camp replaced the temporary 320-unit Camp X-ray facility.

This facility has razor wire fencing and guard towers. Gunboats patrol the waters around the camp.

Prisoners get a warning that prison officers will use force to respond to any riotous conduct or deliberate disobedience. Moreover, punishment awaits inmates found with any weapon.

HMP Belmarsh, a high-security prison in southeast London, features a high secure unit (HSU) for the most escape-prone British offenders.

A tunnel connects Belmarsh with the Woolwich Crown Court across it above ground, allowing a secure passage for high-profile defendants transferring to the site.

Former detainees who shared their experiences with human rights groups spoke of experiencing torture from officials of this facility located in Syria’s Homs Desert.

This facility, called Tiger’s Cage, is staffed by 5,000 prison guards and has no escape attempt record.

You can find America’s high-security prisons in 13 states:

The environment at USPs is volatile amid the inmates’ stubborn resistance to authority. Prisoners have a distorted concept of respect, relying on gang affiliation for control and protection.

Prisoners can be on lockdown for weeks at a time until prison officers believe the threat of violence has passed.

Nevertheless, high-security facilities have designated areas where inmates can spend their leisure time while not on work programs.

Prisoners can request access to the recreation yard, education or study room, or the spot for accessing communal televisions. Correctional officers set each TV to specific programming like sports, movies, or news.

Sex offenders, LGBT (lesbian, gay, bisexual, and transgender) inmates, and prisoners with a history of cooperating with the government are usual targets of attack by maximum security inmates.

Lawyers advise individuals from these categories to avoid joining the general population or the rest of the prisoners to avoid risks of violence.

The only place where defense lawyers consider safe for inmates to join the general population is USP Tucson.

About 40% of penitentiary inmates have sexual offense convictions. The facility runs a sex offender management program and psychology services to help inmates address personal issues linked to their convictions.

Inmates may shove and punch each other at low- and medium-security institutions. But at high-security facilities, prison mates can hurt each other using shanks, steel toe boots, and other weapons.

Criminal attorneys advise informants or sex offenders sent to a high-security federal prison to insist on staying at the so-called Special Housing Unit (SHU). This way, inmates can avoid being a target of violence from the start.

SHUs are typically the first stations where prisoners stay when they arrive at a penitentiary for the first time.

Meanwhile, those who become victims of sexual assault while in prison can file a complaint, invoking the Prison Rape Elimination Act. Inmates can write to the Department of Corrections using TRULINCS (Trust Fund Limited Inmate Computer System), an inmate email system.