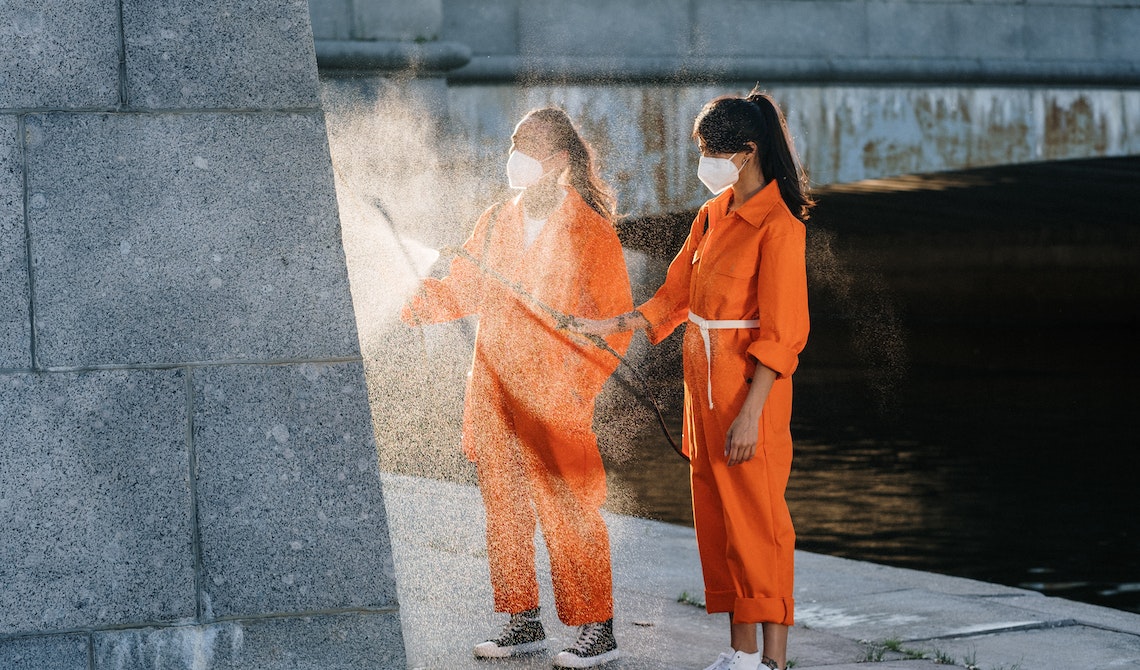 Violating parole can cost inmates their chance to reintegrate into society earlier than their original sentence. However, a violation does not immediately place the parolee back in jail.

How does the parole system work? What happens when a parolee gets accused of a parole violation? If a parolee is proven to have violated their parole, what are the penalties?

Lookupinmate.org provides a comprehensive information source about parole violations in the United States. This article also discusses the types of parole violations, how the parole system works, and what happens when prisoners violate their parole.

A violation occurs when the individual on parole violates or breaches one or more conditions of parole.

The violation can be a criminal act, like committing a new crime, or a failure to act, like when the inmate goes out of town without getting their parole officer’s approval to leave the county or state.

The period an individual must serve in prison before qualifying for parole depends on the state or jurisdiction laws. The U.S. Parole Commission grants parole to an inmate and provides them with conditions of release. The inmate must comply with these conditions to remain out of prison.

The conditions of release typically require the parolee (the individual on parole) to obey the law and adhere to offense-specific requirements, like not abusing alcohol.

The conditions can also include technical requirements, like informing the court of a change in residence or job.

Failure to comply with the conditions of release can result in a parole violation. The Parole Commission decides whether or not the inmate returns to jail due to the violation.

A parolee who commits a crime violates their parole, causing them to return to prison. Parole authorities can impose stricter conditions for minor or technical violations like prohibited alcohol use instead of immediately commencing revocation (return to prison) proceedings.

Instead of sending a parolee back to prison due to substance abuse that violates their parole, the parole officer can refer them to a counseling session and require proof of attendance.

Should the parolee fail to comply with that requirement, or if the violation of parole is severe, the authorities may proceed with the revocation process.

One significant problem for individuals on parole is that a minor or technical violation can still send them back to prison. This situation can cost taxpayers and erase the progress the parolee has made. Minor violations can include:

Various harmless reasons can cause a parolee to violate their parole. For example, parolees who rely on public transportation may miss the bus or get caught in traffic, resulting in missing curfew or arriving late for an appointment.

The parolee may fail an alcohol or drug test due to false positives, a contaminated test, or food or medicine that can cause the results to turn positive.

Parole officers should consider these factors when deciding whether such violations warrant the parolee’s return to jail.

What to Expect When Accused of a Parole Violation

All states must abide by the due process requirements the U.S. Supreme Court established for parole revocation processes. A parolee can have witnesses to testify if the hearing will be contested.

The parolee has the right to attend a hearing on an alleged parole violation. There must be “good cause” to believe the individual violated their parole terms before parole is suspended or revoked.

In a typical parole violation hearing, the decision-maker, whether a judge or part of the parole board, will review the circumstances and nature of the violation and decide whether or not to send the parolee back to jail.

The parolee is first given notice of the claimed violation, then a preliminary hearing determines whether there is probable cause to assume there was a violation. Afterward, a final hearing takes place before the parole board. In some cases, both hearings are held as one.

The parolee sent back to prison may spend weeks, months, years, or the remainder of the original sentence back behind bars, depending on the jurisdiction’s rules. The prisoner may also receive a new parole hearing that will occur after serving a specific period.

Penalties for a Parole Violation

The court can impose various penalties if the parolee is found guilty of a parole violation, depending on the parole conditions the parolee disobeyed. These penalties can include:

Due Process Requirements for Revocation Hearings

The U.S. Supreme Court rules that parolees must be afforded the following due process at a parole revocation hearing, held by a neutral and detached board:

The parolee is permitted to face and cross-examine witnesses unless the hearing officer finds probable cause not to allow such a confrontation.

Upon arriving on a decision, the board must issue a written statement containing the reasons for revoking the inmate’s parole and the evidence used.

The Supreme Court has not released a ruling that every parolee can have a counsel representation if the parolee so desires.

However, appointing a counsel can be helpful in the following situations:

If you have a loved one serving jail time and currently on parole, search for them at https://lookupinmate.org. The nationwide inmate records online checker allows you to search jail records, arrest records, judicial reports, and mugshots.

What Is Parole and How Does It Work?

Parole is a conditional release from jail before a prisoner completes their prison sentence. While the parolee is still under sentencing, they serve their remaining time outside their confinement and will be subjected to parole supervision.

Although parole can be considered a relief for inmates, it comes with various conditions:

Parolees who have a parole violation hearing should seek the services of a law firm or talk to an experienced criminal defense attorney for legal advice.

Although parole gives inmates slightly more freedom to move around than in prison, individuals must understand the following basic concepts of parole:

State law can provide the rules for certain convictions that make prisoners ineligible for parole or qualify for the program only after serving a lengthy prison sentence.

In the case of death row inmates, being sentenced to life without parole (LWOP) is a common alternative to the death penalty.

Parole Is Not a Right

Parole can be considered a privilege, not a right, for prisoners who show a capacity to reintegrate into society.

Authorities can deny parole to prisoners who appear dangerous or can be a risk to society. When a prisoner gets denied parole, a board can set a hearing after a period of time that can take several years.

While some criminal statutes have a provision stating that parolees have a right to a parole hearing, laws do not necessarily guarantee parole for inmates.

The prison authority maintains supervision of the parolee through mandatory visits conducted by a parole officer.

Parole services of the state’s Department of Corrections provide transitional services for the parolee’s needs, like mental health counseling or a halfway house shelter for drug or alcohol rehabilitation.

After a parole board determines that a prisoner is eligible, the inmate appears at a parole hearing and, if granted parole, they get released from confinement.

While the parolee lives in relative freedom in society, the prison authority still monitors them.

Parole decisions often involve several steps, like a panel review by the parole board and another investigation by the entire board.

In some states, the governor can evaluate the parole decision and has the power to reverse some parole grants.

An inmate currently out on parole can enjoy the privilege of relative freedom in return for adhering to certain conditions, like:

The parole officer assigned to monitor the parolee can make unannounced visits to the inmate’s residence to check whether the parolee follows the relevant parole conditions.

Receiving Community Supervision: An Accomplishment in the U.S.

For example, a Texas-based offender released on parole with community supervision must maintain their commitment to adhere to their parole’s terms and conditions (T&Cs).

An inmate who fails to follow these T&Cs may end up revoking their parole, getting arrested by law enforcement, and returning to prison.

Parolees should employ the services of a parole defense lawyer to help them complete the community supervision period. This lawyer can explain the requirements and limitations to which the parolee must adhere.

A lawyer with a close client relationship with the parolee may provide free consultation or counsel to the parolee’s loved ones about the best steps to ensure successful parole.

In Texas, an offender granted parole must sign a contract indicating they acknowledge and accept the T&Cs enforced by the Texas Board of Pardons and Paroles.

Conditions commonly present in the T&Cs require the parolee to:

The Texas Board of Pardons and Paroles also imposes individual requirements aside from the general T&Cs. Refusal to comply with these requirements can revoke the inmate’s parole.

These individual requirements include:

The consequences for violating parole in the U.S. vary between states.

In Texas, if a parolee gets accused of violating their release terms, the Texas Board of Pardons and Paroles can schedule a revocation hearing. This hearing determines whether the parolee returns to prison or not.

Depending on the circumstances, the parolee will either receive a blue warrant (issued for a parole violation in Texas) or a court summons. During this period, the parolee may need to wait in jail until their hearing date.

In New York, a parole officer (PO) who finds reasonable cause to think a parolee committed a crime or violated one or more release conditions can consult a supervisor on whether or not to issue a warrant.

In Illinois, a parolee accused of a probation and parole violation can be arrested and given parole or probation revocation hearing.

The parolee should consider having a probation violation lawyer defending them against the allegations. The prosecutor provides evidence of the violations, and the parolee’s lawyer can call and cross-examine witnesses.

Should the court find that the parolee violated the T&Cs of their release, the court can allow the parolee to remain free and continue serving their sentence or have them incarcerated, depending on the circumstances.

The following parole violations can cause a parolee to receive a warning, increase restriction, revoke their parole, or return to jail:

Search jail records for friends or loved ones currently serving time in any of the 7,000 correctional facilities throughout the U.S. with lookupinmate.org. Check inmate records from federal and state prisons, county jails, military prisons, and immigrant detention facilities conveniently and efficiently.