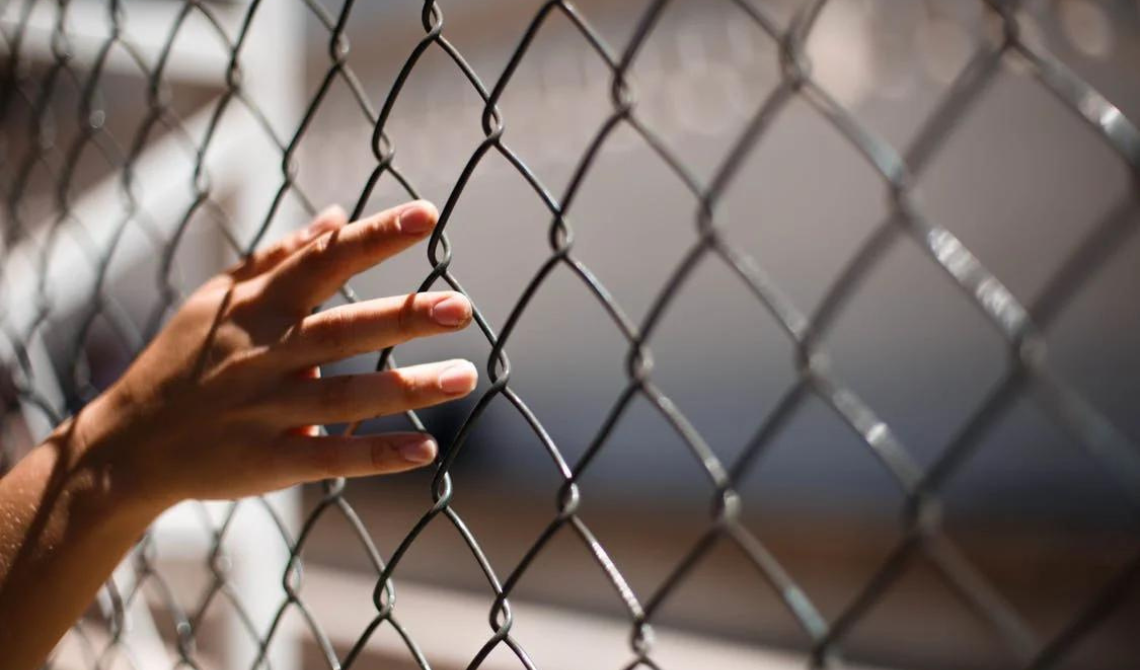 In 2022, the prison population in the United States is approximately 2 million. The number of inmates in federal and state prisons and local jails has increased astonishingly by an estimated 500% since 1970.

In 2019, the number of incarcerated individuals dipped due to the novel coronavirus disease (COVID-19) pandemic. For that reason, many states revamped their admission policies.

A decade earlier, in 2009, the Bureau of Justice Statistics (BJS) of the U.S. Department of Justice (USDOJ) estimated that U.S. prisons and jails housed approximately 2 million inmates.

Due to the U.S.’s mass incarceration, it is challenging to locate a prisoner in a U.S. correctional facility. You may have to search by using numerous federal, state, and local prison locator tools.

Lookupinmate.org is a one-stop site where you can access crucial information regarding inmates and correctional facilities across the country. You can conveniently search by jail name, jail type, or state to help find the exact information you need.

If you want to know more practical information about incarceration, read on.

What Does Being “Incarcerated” Mean?

Does “Incarcerated” Mean the Same As “Being in Jail”?

A judicial system incarcerates individuals by sending them to jail or prison before or after determining they are guilty of a crime.

A jail is a particular place of confinement for individuals in lawful custody, like a location under a local government’s jurisdiction.

So, an individual is in jail or prison after the judicial system incarcerates them.

You may wonder if “incarcerated” and “guilty” are synonyms.

Lawmakers authorize law enforcement officers to arrest and confine individuals suspected of crimes. Incarceration refers to their confinement in jails or prisons before or after a criminal conviction.

Individuals may be found innocent after incarceration. So, incarcerated people are not automatically guilty.

What Is an Example of Incarceration?

One example is a state court convicting a person of a misdemeanor theft charge and then incarcerating the individual for three months. A misdemeanor crime can lead to a more severe punishment than a felony crime.

What Everyone Should Know About Mass Incarceration

Here is some critical information you may find in fact sheets about U.S. mass incarceration:

Some experts argue that the criminal justice system impacts significantly more than individuals through the U.S.’s mass incarceration. As of 2019, one in 59 adults were under community supervision, according to the BJS.

That figure is approximately 1.6% of the adult population.

In addition, millions of other individuals are living with a criminal record after completing their sentences. This factor affects their ability to secure employment or housing.

Poverty may also have a significant role in mass incarceration. For example, the U.S.’s median felony bail is $10,000. So, low-income individuals are more likely to deal with the terms of pretrial detention.

In addition, people of color often undergo racial disparities in the U.S.’s prisons and jails. As of March 2022, Black men and women in the U.S. comprise 38% of the incarcerated population. However, they only represent 12% of U.S. residents.

The incarceration rates for women have also increased faster than men’s for decades. The criminal justice system often incarcerates women due to financial obstacles like the inability to pay bail.

Mass Incarceration: What Is at Stake?

While the U.S. comprises about 5% of the global population, the nation houses over 20% of the world’s total prison population, according to the American Civil Liberties Union (ACLU). Since 1970, the U.S. incarceration rate has increased by 500% to about 2 million inmates today.

Meanwhile, statistics indicate that today’s incarceration rate of American boys by race include:

In addition, women are the U.S.’s fastest-growing incarcerated population.

On any given day, local jails house twice as many incarcerated individuals as those in the federal prison system.

In addition, over 650,000 inmates return from jails and prisons to their communities nationwide. They must deal with nearly 50,000 local, state, and federal restrictions that make it difficult to reintegrate into society.

However, reported offense data may oversimplify how individuals interact with criminal justice. It only reports one offense category per individual and reflects the legal process’ outcome. This data can obscure critical details of actual events.

The first myth: Corrupt private prisons are the heart of mass incarceration

Statistics show that private prisons house less than 8% of all incarcerated individuals. Public prisons and jails accommodate the majority of inmates.

Some states house more inmates in private correctional facilities than other states. However, a somewhat small number of inmates are in private prisons compared to the massive system of public prisons.

Private companies with prison labor are not preventing mass incarceration. In addition, they are not the source of most prison jobs.

You can learn more about such prison programs at federal, state, and local .gov sites. Additional general information regarding U.S. incarceration is available through sources like The Sentencing Project.

Meanwhile, about 6% of inmates in state prisons work for state-owned correctional industries.

Approximately one-fifth of incarcerated individuals are serving time for drug charges. Such arrests can harm employment prospects and cause longer sentences for possible future offenses.

However, federal and state laws apply “violence” to several crimes that may not produce physical harm. One example is purse-snatching.

Some statutes classify purse-snatching and drug-stealing as violent crimes. A statute is a law a government’s judicial system passes. In addition, a state may classify burglarizing a home at night as a violent crime.

The fifth myth: Individuals in prison or jail for violent or sexual crimes are too dangerous for  judicial systems to release

Several individuals convicted of nonviolent offenses have caused harm to others. The criminal legal system often determines their risk to their community based on their offense type rather than their specific situations.

The myth is that the criminal justice system cannot rehabilitate individuals who commit violent crimes. So, the situation warrants punishment for decades or a lifetime.

Prosecutors, judges, and policymakers often refer to victims to justify long-term sentences for violent offenses. However, victims of violence often support violence prevention rather than incarceration.

The goal is to address the fundamental causes of crime.

The seventh myth: Some individuals must go to jail for treatment and services

Individuals in the criminal legal system often have unmet needs. However, some experts argue that society should not incarcerate people due to the “services” that prisons and jails offer.

Inmates may need services for other issues such as substance abuse.

Governments can also be providers of services for jail inmates’ families, including children of incarcerated parents serving prison terms. Individuals should research which services are available for parental incarceration.

The eighth myth: More community supervision is the best method to reduce incarceration

However, some offenders prefer to be “locked up” due to the many restrictions the judicial system imposes on community supervision. Examples include electronic monitoring that tracks infractions like breaking curfew or not paying high supervision fees.

Justice systems accuse many Americans of misdemeanors or non-criminal violations rather than serious crimes. However, low-level violations like parole or probation violations can lead to incarceration.

Probation and Parole Violations and Holds: Sources of Unnecessary Incarceration?

Individuals addressing mass incarceration may avoid discussing the “holds” that keep inmates incarcerated for administrative reasons. For example, the judicial system can jail individuals for violating their conditions of community supervision.

In such situations, a probation officer can file a hold or “detainer,” preventing a correctional facility from implementing a release on bail.

Each year the U.S. criminal justice system imposes an estimated 13 million misdemeanor charges. Such charges include sitting on a sidewalk or jaywalking. Jaywalking is the specific act of walking across a street in an illegal, unsafe, or careless manner.

Such low-level offenses often comprise about one-quarter of the U.S.’s daily jail population. However, the figure may be higher in particular states and counties. Misdemeanor charges can have high personal, financial, and social costs.

For example, society finances the processing of court cases and incarceration related to such charges.

In some cases, defendants serve jail time even if their offense does not warrant incarceration. A judge can issue individuals a “bench warrant” for their arrest if a defendant does not appear in court or pay fees and fines.

The judicial system’s use of bench warrants is widespread and may be extraordinarily common in some locations, such as counties. In Monroe County, New York, three times as many individuals in county jails have received bench warrants.

Defendants sometimes miss court appointments for various reasons. For example, they may:

However, the defendant often lives as a “low-level fugitive” after a judge issues a bench warrant. Still, they can take steps to avoid going to jail, like quitting their jobs, constantly relocating, or avoiding all public life.

Reviewing incarceration by type also indicates crucial facts related to over 1,400 youth incarcerated for “status offenses.” Examples include actions that are not law violations for adults, including:

“Juveniles” refer to individuals such as children and adolescents.

For example, the U.S. operates over 200 Immigration and Customers Enforcement (ICE) detention centers.

The Slippery Statistics of Recidivism Rates

Recidivism is an individual’s return to criminal behavior, frequently after the judicial system has provided sanctions or intervention for a past crime. Sanctions are threatened penalities.

How much do different measures of recidivism reflect actual failure or success upon an inmate’s re-entry into society?

Recidivism can indicate a measurement of public safety risk. However, how individuals define and measure recidivism is critical. The methods address when and how individuals may consider an inmate’s re-entry into society success or failure.

What Happened to Prison and Jail Populations During the COVID-19 Pandemic?

During the first year of the ongoing COVID-19 pandemic, prison and jail populations decreased significantly. The jail population dropped by 25% in the summer of 2020.

These findings significantly resulted from a slowdown in the criminal legal system rather than policy changes. However, prison populations have rebounded towards pre-pandemic levels.