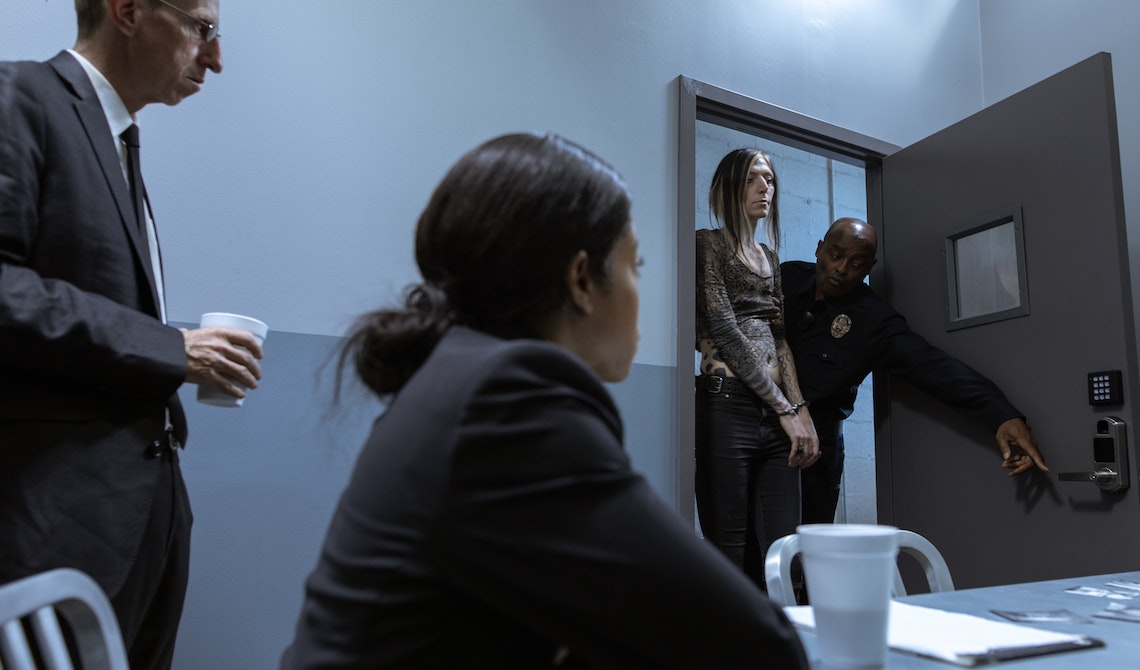 The United States Bureau of Justice statistics mentioned that the imprisonment rate in the federal and state prison systems in 2020 was 358 for every 100,000 residents. This number was a 15% decline from 2019 and may have been caused by the COVID-19 pandemic.

Amid changes brought by the pandemic, prison reform is one of the essential topics that may help address issues in the American prison system.

What is the purpose of a prison system? Does the U.S. prison system face any issues? How important is promoting prison reform?

Lookupinmate.org discusses prison systems, their issues, and the conditions affecting the systems’ reputation. This article also tackles the importance of prison reform and the work areas needing that reform.

What Is the Prison System Meant to Do?

The theory is that the inmate leaves jail with the desire to no longer commit crimes and become a productive member of society.

What Is the Prison System Called?

A prison system is also called a penal or correctional system. This system refers to a network of agencies administering a jurisdiction’s prisons, probation boards, and community-based programs like parole.

The prison system is part of the more extensive criminal justice system, which includes other law enforcement elements such as the police, prosecution, and courts.

What Are the Different Types of Prison Systems?

The U.S. federal prison system is comprised of five levels based on the degree of security in the facility:

Issues With the Federal Prison System

The Federal Bureau of Prisons under the country’s Department of Justice is responsible for the custody and care of more than 151,000 federal inmates. Almost half of these prisoners are incarcerated due to drug use violations.

However, the Bureau of Prisons (BOP) has had several issues regarding prison management and operations. These issues, mentioned on the U.S. Government Accountability Office website (www.gao.gov), include the following:

The BOP has several concerns regardings the agency’s capacity to fully staff its institutions, the effects of staffing issues, and the corrections staff’s mental health.

Addressing these problems requires the BOP to implement a reliable method for calculating staffing figures and developing a method to collect and evaluate employee feedback regularly.

The BOP manages the Federal Prison Industries (FPI), which is responsible for providing inmates with job skills to help lower recidivism (an individual’s tendency to reoffend).

The FPI employed about 16,500 inmates in 2019. However, the BOP has not set a recidivism reduction goal or evaluated FPI’s impact on recidivism for more than two decades.

In 2019, the BOP started a medication-assisted treatment program to help inmates with opioid use disorder. The agency estimated the program to cost $76.2 million and planned to expand this program.

However, the BOP has not determined the additional personnel needed for this plan, how it will recruit and onboard these individuals, or how long to complete the expansion.

The BOP provides inmates with medical, dental, and psychological healthcare. From 2009 to 2016, the BOP increased its healthcare spending by 37%.

This increase is primarily attributed to growing pharmaceutical prices, rising costs of outside medical services, and an aging inmate population.

As of May 2021, four BOP staff and 237 BOP inmates died due to complications caused by the coronavirus disease (COVID-19). The pandemic also increased staff overtime and reduced inmates’ access to programs and visitor privileges.

Despite the lessons learned from the agency’s COVID-19 response and implementing new practices such as facility inspections, the BOP needs to develop a process to capture or share this information throughout the agency or ensure that facilities apply them.

Why Is the Prison System Good?

In theory, prisons should play an integral role in every country’s criminal justice system. Governments should use these systems appropriately to uphold the law and ensure offenders are brought to justice and sanctioned for their wrongdoing.

Furthermore, the ideal prison should offer a humane experience with opportunities for inmates to undergo rehabilitation.

Meanwhile, inmates who require medical care for disabilities and addiction or those who need counseling for mental health or suicide are sometimes ignored, denied care, or even punished.

For example, the U.S. Department of Justice’s statewide investigation found that Alabama violates the individuals’ constitutional rights inside its prisons.

These violations include homicide, sexual abuse, substance abuse, and bringing of knives are rampant. Incarcerated people are often extorted, threatened, raped, stabbed, and tied for days without correctional officers noticing.

Abusive correctional officers can engage in criminal misconduct and cruelty, especially when their supervisors look the other way. A culture of impunity develops when such officers are not held responsible for their actions.

Many U.S. citizens in prison facilities have mental illnesses. Officials often neglect to provide proper treatment to inmates with challenging behavior and instead resort to solitary confinement or physical force.

The Supreme Court mentioned that failure to provide sufficient medical and mental health care to incarcerated people could cause severe consequences for states.

In one instance, the court found that California’s inadequate medical and mental health care did not fit with the concept of human dignity and had no room in a civilized society.

In 2015, mass incarceration cost taxpayers about $87 billion. However, the U.S. prison system achieved the same level of public safety for only $5.5 billion in 1978.

Adding in the court and policing costs and family expenses to support loved ones behind bars, state and federal governments and American families spend $182 billion on mass incarceration yearly.

Despite the rising costs, the U.S. holds the largest private prison population worldwide. In 2017, private prisons detained 8.2% of the 1.5 million inmates in federal and state prisons and reported nearly $4 billion in revenues.

Most prison reform arguments focus on human rights, the premise from which the United Nations (U.N.) formed prison-related standards and norms.

However, arguing about human rights alone is often insufficient to encourage prison reform programs, especially in countries with inadequate financial and human resources.

Thus, aside from human rights, lawmakers should consider economic factors and the impact of imprisonment on families and communities when creating and implementing prison reforms.

With more than a million inmates incarcerated in over 7,000 U.S. prisons, searching for someone in jail can be a hassle. Lookupinmate.org helps you save time searching for jail records through our user-friendly website.

When an income-generating individual gets sent to jail, the remaining family members must adapt to offset their loss of earnings. Thus, imprisonment can create a disproportionate effect on low-income families.

Among families with only one breadwinner, the impact of imprisoning that specific individual can be significantly felt, especially in developing countries that are unable to provide adequate financial assistance to indigents.

The primary reasons for mortality and morbidity in prisons include the following:

A prison sentence should only include deprivation of the fundamental right to liberty and not restrict other human rights. The only exceptions are those rights naturally restricted by being imprisoned.

Prison reform is one way to protect the inmates’ human rights and ensure smooth social reintegration. Furthermore, such reform should comply with relevant international norms and standards.

The Cost of Imprisonment

When considering imprisonment costs, governments should account not only for the actual funds spent on the upkeep of each prisoner but also for the indirect costs. These costs include the social, economic, and healthcare costs, which may be immense and long-term.

Because social cohesion is based on long-term relationships, imprisonment can weaken such attachment and disrupt relationships.

For example, imprisonment can disturb the family structure and affect relationships between spouses or among parents and children.

The United Nations Standards and Norms: The Prison Reform Benchmarks for Action

The U.N. established standards and norms that form benchmarks to guide countries in implementing reforms in their prison systems.

The U.N. provides the following norms and standards that can help governments seeking to reform their prisons:

Other Relevant U.N. Instruments for the Prison System

Governments can also utilize the following related instruments to guide legislation on prison systems and reforms:

According to the United Nations Office on Drugs and Crime (UNODC), effective prison reform is based on rationalizing and improving criminal justice policies.

Such policies include crime prevention, sentencing procedures, and care and treatment for vulnerable groups within the community.

Prison system reform should account for the needs of criminal justice system reforms and employ multidisciplinary and integrated strategies to attain sustainable impact.

An integrated approach also involves areas typically not considered part of the criminal justice system. These areas include substance dependence treatment or psychosocial counseling programs that meet the needs of a growing number of prisoners with special needs.

There are three issues to consider in the context of pretrial detention:

This situation contradicts international standards specifying that pretrial detention should be limited and used only for specific conditions.

These instruments provide numerous safeguards to ensure inmates are not ill-treated, their rights are not abused, and their access to justice is not hindered.

To manage prison systems fairly and humanely, the government should enact legislation and policies based on international standards that protect prisoners’ human rights.

Prison authorities must ensure that the treatment and supervision of inmates are done legally and with respect to individuals’ human rights. Authorities should also utilize the imprisonment period to prepare inmates for life outside prison upon their release.

Overcrowding is a primary concern in most prison systems worldwide. This concern is the root cause of various human rights violations in detention facilities.

Correctional institutions in countries where UNODC operates should explore and implement solutions to overcrowding in order to address human rights issues in prisons.

Numerous international instruments recommend sentencing policy rationalization, including broader use of prison alternatives to help reduce the number of people isolated from society for extended periods.

Correctional facilities should implement social reintegration initiatives as early as possible for their maximum effect.

Shifting the criminal justice process to appropriate treatment programs instead of isolation from society and implementing meaningful prison activities and policies can be part of a comprehensive social reintegration policy.

Healthcare and the right to good health should apply to all prisoners so they can receive the same medical care quality available in the community. However, health services in prisons are typically inadequate, making this right rarely realized in prisons.

The right to quality healthcare includes not only access to preventive, curative, palliative, and reproductive health care but also access to the following health determinants:

Lookupinmate.org lets you search criminal records of your loved ones serving time in any of the 7,000 prison facilities throughout the United States.

Check judicial reports from any state prison, such as those in New York, Pennsylvania, Texas, or California, or search by jail name or type with lookupinmate.org’s user-friendly online inmate records checker.