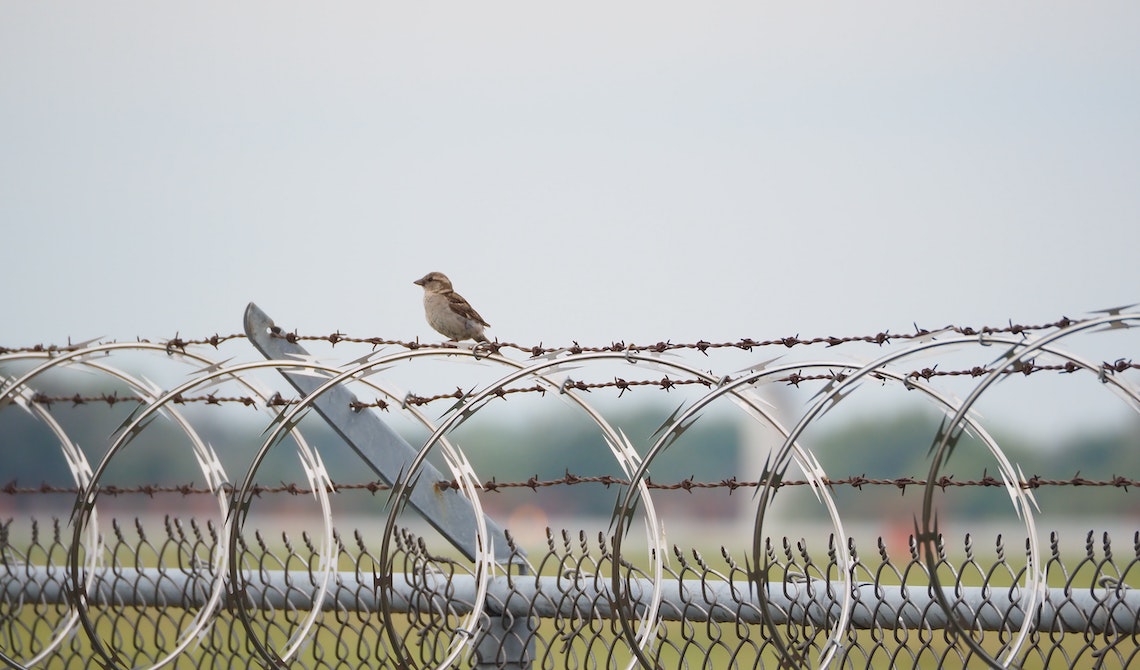 People’s ideas on how the criminal justice system works or how prison systems differ come from movies, books, and television shows.

While films and literature can give their audiences information regarding inmates and prison life, these media are not entirely accurate in their depictions.

One area of interest is what life looks like in various institutions. Perhaps, you are curious about the differences between high-security prisons and maximum security facilities.

This article details one facility — a medium-security prison, including the rules governing its operations and its security level’s implications.

Our website, lookupinmate.org, can help you answer questions related to prison systems and provides a reliable search tool to find jail or prison inmates. We have collected all the crucial information and links to relevant sites to help you with your search.

Read on to know more about medium-security prisons.

The Federal Bureau of Prisons (BOP) identifies facilities with the following features as medium-security institutions:

Who Goes Into Medium-Security Prison?

The inmate population in medium-security facilities includes individuals who have committed the following offenses:

What Types of Inmates Are in Medium-Security Prisons?

The information above indicates that medium-security prisons do not house a specific kind of inmate.

However, medium-security prisons confine individuals with a history of violence.

The quality of life in medium-security prisons varies depending on the institution’s culture.

Some medium-security prisons are relatively safe and easy to navigate, while others are highly violent and dangerous. These experiences may be a non-issue or highly traumatic for inmates.

Moreover, in some medium-security prisons, several inmates live in overcrowded cells. While many inmates at this level stay in two- or three-person cells, some facilities supplement these with four-, six-, ten-, or twelve-bed rooms.

In some cases, prisoners live in smaller cells with steel bunk beds fastened to the wall. These cells typically have a metal toilet and sink combination, a steel desk attached to the wall, small lockers, and fluorescent lighting.

Moreover, televisions, mobile phones, and computers are typically located in the center of the housing unit. Inmates use their radios to tune into a channel to hear TVs bolted into structural beams.

However, some prison officers enforce a 10-minute move at the medium-security level.

The housing unit complex housing officer will lock the unit doors once the move time limit ends. Inmates should then wear their whole institutional work uniform.

Medium-security inmates can also see their families on certain days. Unlike those in lower-security levels, these inmates undergo strip-search after visiting.

The inmate culture in medium-security prisons varies greatly. Moreover, these kinds of prisons, as opposed to low-security ones, have a wide range of prison cultures.

For instance, some medium-security prisons have easygoing and relaxed policies. In contrast, other facilities are tough yards where gangs and violence abound.

Violence may be more prevalent in medium-security prisons than in lower-security ones because of the larger inmate populations in the former.

Still, violent incidents differ widely from one medium-security prison to another.

While some medium-security facilities function like high-security federal prisons, others are significantly less strict.

In such institutions, it is dangerous for prisoners to stay by themselves. In contrast, safer medium-security prisons allow inmates to choose how they want to behave and interact with others.

There are significant differences between prison cultures in medium-security federal prisons. While some are comparable to high-security prisons, others are significantly less challenging (such as United States Penitentiaries or USPs).

With that said, they are typically more comparable to maximum security prisons than low-security facilities.

Sex offenders, whistleblowers, and LGBT inmates may be “checked in” to protective custody. Otherwise, they might get harmed in harsher facilities.

In most cases, individuals who have committed sex offenses (as well as other community-affecting crimes) find it difficult to integrate back into society.

For example, the BOP has Sex Offender Management Program (SOTP) facilities at medium-security institutions, including USP Marion and FCI Marianna.

Below is a list of operating medium-security prisons in the United States.

What Are the Three Levels of Security in Prisons?

Federal prisons can have low, minimum, and medium-security levels. Each category seeks to meet the needs of each prison inmate.

In low-security FCIs, the staff-to-inmate ratio is higher than in minimum security facilities.

Consequently, the facilities’ inmates have low risks of escaping.

Additionally, minimum security prisons have little to no surrounding fences, and inmates stay in dormitories.

FPCs typically provide work programs and classes to assist prisoners in their rehabilitation.

Medium-security FCIs have strengthened perimeters, such as double fences with electronic detection devices. These centers primarily have cell-style housing and various work and treatment programs.

Correctional institutions, including federal prisons, may have different security levels depending on the type of inmate, nature of the offense, and prison capacity.

The BOP prison system classifies federal prisons depending on their levels of security. Factors impacting the categorization of prison systems include:

The sections below discuss different types of correctional facilities in the United States.

The Federal Bureau of Prisons (BOP), an agency under the Department of Justice, operates and manages federal prisons.

Federal prisons confine inmates guilty of perpetrating federal crimes. Generally, a criminal offense is federal when it violates federal laws and codes in the United States.

Each state has policies governing the prison system, and their differences can be substantial.

States vary in their stance regarding capital punishment, the number of individuals released on probation, and the racial makeup of their facilities.

Government institutions sometimes require greater prison capacity than the government can give.

Consequently, the state, local, and federal governments can contract with private, for-profit corporations to operate prisons.

According to the Sentencing Project, an advocacy organization, corporate-run institutions in the United States confined 100,151 individuals in 2020. This number accounted for 8% of the total federal and state prison population.

The primary distinction between jail and prison depends on the time inmates must spend on their complete court-issued sentences.

Federal and state laws and policies govern the institution and management of prisons and the prisoners’ rights.

The criminal justice system aims for any incarceration to be an unpleasant experience. However, inmates’ rights, policies, and daily lives can differ significantly between a  jail and a federal prison.

Other Types of Prisons

Below are different types of prisons in the United States.

A juvenile prison confines individuals under the age of 18. No person under the age of legal consent stays in a general prison with adults. Instead, juvenile offenders spend time in a facility strictly for young people.

Like any institution that focuses on rehabilitation, psychiatric prisons want to do more than keep inmates locked up as a form of punishment.

Every military division has prisons that exclusively confine prisoners of war or military members who have breached laws that harm national security.

Administrative inmates are exceedingly dangerous, with significant medical issues or both.

The minimum and medium-security prisons broadly differ in inmate population and category. Consequently, these facilities vary in staff-to-inmate ratio and security protocols.

Inmates at the administrative level typically have:

A prison is a correctional facility run by a federal or state jurisdiction. The primary goal of prison is to confine people convicted of a felony or a serious crime.

Inmates held for a brief period stay in jails. Jails are specific places that fall under a local authority (like a county) where detainees can wait for a trial or receive a formal charge for a minor crime.

Felons and misdemeanors are the two main categories describing criminal behavior. A misdemeanor is a less severe crime than a felony. Usually, this offense receives a sentence of less than a year in jail.

Juveniles occasionally stay in jails before or after adjudication (a ruling by a judge).

Those jail programs partly depend on the correctional staff’s expertise in assisting inmates in improving their lives and avoiding re-arrest.

Inmates can gain from correctional programs by staying occupied and not causing trouble to the jail staff.

Incarcerated individuals have fewer rights than typical citizens because of their legal status. However, inmates still have limited rights to property ownership, free expression, and various human liberties.

If you, a family member, or a friend faces incarceration, you should consult with a lawyer.

A lawyer can help you prevent jail or prison sentences entirely. These professionals can lower the amount of your jail or prison time if a conviction is inevitable.