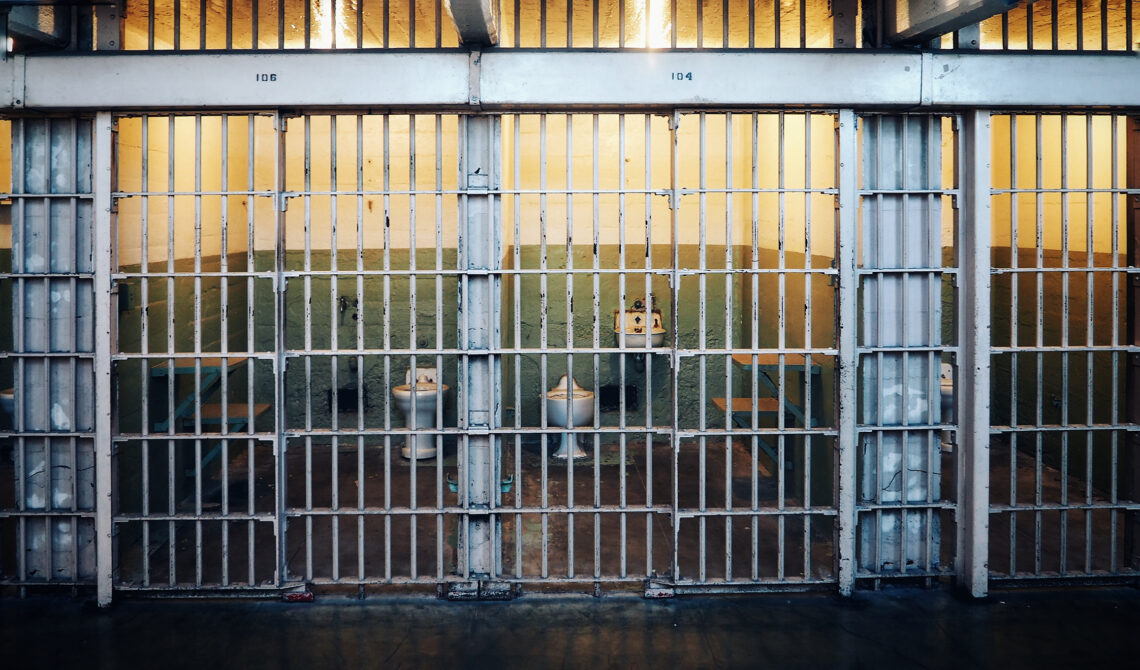 Many individuals in the United States have long been interested in the criminal justice system.

For example, when witnessing the proceedings in court, you may wonder what happens after the judges render their final decision.

You must keep in mind that prisons and jails are two different types of institutional corrections facilities.

You may have asked questions about the whereabouts of convicted offenders or the accuracy of the representation of jail and prison in films.

Our website, lookupinmate.org can help you answer these questions and provide a reliable search tool to find prison or jail inmates. We have gathered all vital information and the links to relevant websites to assist you in your search.

What Is the Difference Between Jail and Prison?

The fundamental distinction between jail and prison lies in the amount of time that inmates must spend to serve their complete sentences.

Federal and state legislation governs the institution and operation of prisons and the rights of prison inmates.

State or the federal government runs prison facilities that house convicted felons who are serving more than a year sentence.

In most states, the county sheriff is the chief officer of the local law enforcement.

The criminal justice system intends for any form of incarceration to be an unpleasant experience. However, inmates’ policies, rights, and daily lives can vary significantly between a county jail and a federal prison.

What Does Jail Mean?

Jails are places of confinement for short-term detainees. Specifically, jails are facilities under a local jurisdiction (such as a county) to detain individuals awaiting trial or those formally accused of a minor criminal offense.

Most inmates in the United States are in confinement facilities due to misdemeanors or minor crimes rather than serious crimes.

Criminal acts have two broad classifications: felonies and misdemeanors. Misdemeanors are less serious crimes than felonies and are punishable by a short sentence, typically less than 12 months of service in jail.

The original purpose of jails was to confine adult inmates. However, jails may also detain juveniles before or after adjudication (a judicial decision) in some cases.

Correctional staff design these jail programs to help inmates improve their lives and prevent their re-entry into jail.

Jail programs can also benefit inmates by keeping them occupied and less liable to create problems for jail guards.

A prison is a correctional institution under federal or state jurisdiction. The primary purpose of prison is to confine individuals convicted of a felony or a serious crime.

Usually, a prison sentence lasts for more than a year. However, prison time may differ in each state.

The Federal Bureau of Prisons (BOP), a division of the Department of Justice, is in charge of federal prisons.

Federal prisons hold prisoners guilty of perpetrating federal crimes. In general, a crime is federal when it breaches federal law codes in the United States.

The BOP prison system categorizes federal prisons according to levels of security. Factors that may influence the categorization of prison systems include:

Institutions can have minimum, low, medium, high, or administrative security levels. Each category aims to suit the needs of each prisoner.

Minimum Security: These prisons, also known as federal prison camps (FPCs), have the lowest level of security and house offenders with no documented history of violent or sex crime. Also, prisoners in these institutions have a low risk of escaping.

FPCs have little to no perimeter fencing, and inmates live in dormitory housing.

FPCs typically provide work programs and classes to assist prisoners in their rehabilitation.

Medium-security FCIs have more secure perimeters, such as double fences with electronic detection equipment. These facilities are mostly cell-style housing and have many work and treatment initiatives.

Administrative prisoners have severe medical conditions, a very high risk of escaping, or are extremely dangerous.

Administrative maximum security penitentiary (ADX), the only “supermax” prison in the United States, is part of the administrative institution.

The FCC setup may also improve emergency readiness by bringing together extra resources.

A corporate or private prison is a for-profit correctional facility.

In some cases, government agencies need a greater prison capacity than what the government can provide. In such situations, the state, local government, and federal government can hire a private, for-profit corporation to run a prison for them.

According to the Sentencing Project, an advocacy institution, corporate-run prisons in the United States incarcerated 115,428 individuals in 2019. This number accounted for 8% of the overall state and federal prison population.

Each state has laws governing the prison system, and their differences can be significant.

States differ in their attitudes toward capital punishment, the number of people released on probation, and the racial makeup of their prison populations.

What Does a Penitentiary, a Detention Center, and a Correctional Facility Mean?

There is no significant difference between penitentiary, detention center, and correctional facility. However, there are few descriptions specific to each facility.

Meanwhile, a correctional facility means a jail, prison, or another detention facility where a criminal justice agency or a court confines arrested, detained, held, or convicted individuals.

On the other hand, a United States penitentiary is a high-security institution.

Length of Detention for Jails and Prisons

Usually, the length of detention in jail is different from in prison. The detainment period may vary depending on the rules set by a competent jurisdiction.

Is Jail Better Than Prison?

Since government agencies created prisons for long-term confinement, prisons are more suitable for the basic needs of their inmates. On the other hand, jails have a higher proportion of transients and underdeveloped facilities.

As a result, many offenders prefer to stay in prison because it can provide them with a more stable lifestyle, more activities, and superior amenities.

For example, many repeat offenders may request prison terms rather than jail time followed by probation.

Some inmates observe that being in jail makes it difficult for individuals to sleep, eat regularly, or engage in physical activity due to the facility’s nonstop influx of people,

Moreover, budget cuts in some jails can also result in lower-quality or insufficient meals. These difficulties often result in claims of infringement of an inmate’s right against inhumane treatment.

Furthermore, inmates with a criminal history or a high probability of conviction may accept a plea against their will to move from jail to prison. These individuals may accept a plea deal that is less than ideal for the convict because they want to get out of jail as soon as possible.

The inmate has the right to visitation, whether in jail or prison.

In addition, the jail inmate may retain the same fundamental rights as any other prisoner. These rights include:

Inmates have fewer rights than regular citizens because of their legal status. However, inmates still retain limited rights to free expression, property ownership, and other human freedoms.

If you, a family member, or an acquaintance face incarceration, you should consult with a lawyer.

A lawyer can help you avoid jail or prison time entirely. They can also help you reduce the amount of time you spend there if a conviction is inevitable.