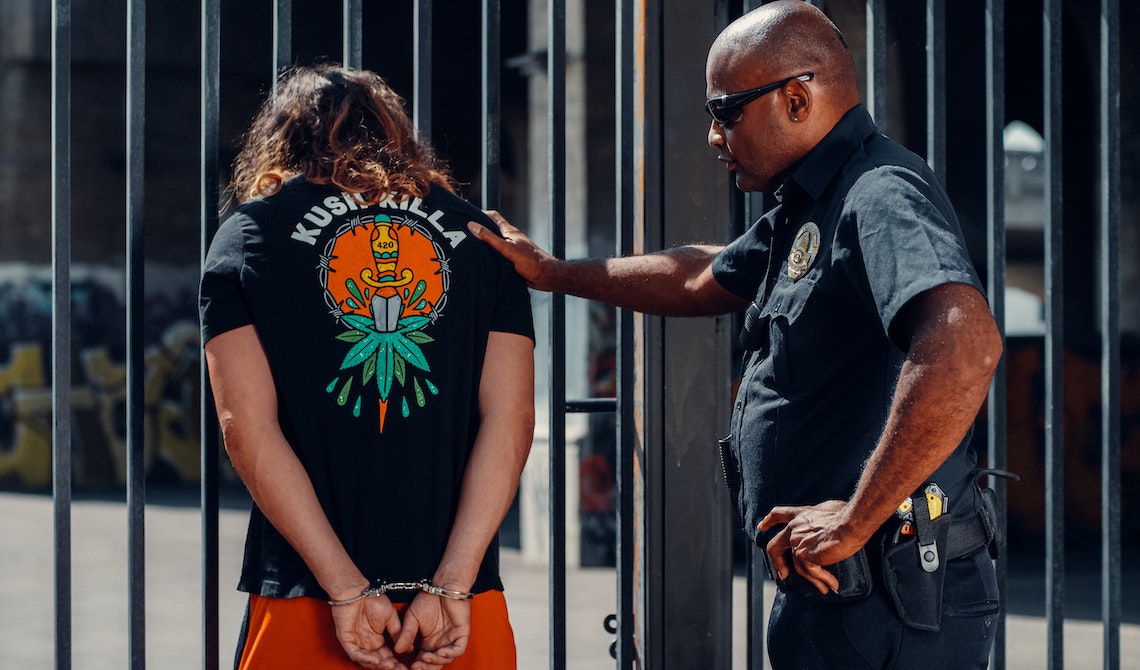 Among this number are prisoners in various states that the Department of Corrections consider high risk and may need to be held in protective custody.

Law enforcement officials acknowledge that tensions can develop within the prison, and some inmates can engage in violent activities anytime. Protective custody is one way to help certain prisoners avoid attacks within the facility.

What exactly is protective custody? Does it only involve high-risk inmates? How does it differ from witness protection or solitary confinement?

Lookupinmate.org provides a comprehensive information source about protective custody in the United States.

Our website is also a reliable online search tool that can help you locate an incarcerated individual within the United States.

Please continue reading to understand protective custody and how it applies to inmates, incapacitated individuals, and abused children.

What Is Protective Custody?

Protective custody is the voluntary or involuntary confinement of an individual who government authorities believe has a high risk of being threatened with serious harm in prison.

In the United States, the Department of Corrections, which runs the state and local prisons, can take preemptive measures to put prisoners in protective custody. Inmates who are repeatedly threatened or attacked can also request protective custody.

The government does not grant such protection automatically. For the prisoner to be eligible for protective custody, they must prove that they are in some form of extreme danger, such as physical harm.

Aside from prisoners, protective custody can also apply to an abused child, a witness, or a mentally ill individual.

In New York, Section 1024 of the Family Court Act requires government social workers or peace officers to take all measures necessary to protect a child’s life or health, including keeping or taking a child in protective custody when appropriate.

In Texas, the state’s Health and Safety Code allows a judge or magistrate to issue a protective custody order to mentally ill patients for the following conditions:

How Does Protective Custody Work?

A prisoner in protective custody is typically housed away from other inmates, usually alone in a single cell.

In many cases, correctional facilities do not permit these prisoners to participate in general population activities, such as the following:

Prisoners with protective custody status are also more heavily guarded than other inmates when transported from one location to another.

This situation can result in these inmates fending for themselves in case violence occurs, especially when such threats happen repeatedly.

In some situations, the threatened prisoner may seek the company of other inmates who they think are inclined to act as a backup in case the prisoner is attacked.

This circumstance can further increase tensions within the prison population and explain why prisoners constantly watch on everyone around them. The threatened prisoner knows that violence can happen anytime and will tend to put themselves in the most favorable position to avoid attacks.

Furthermore, there is no guarantee that violence will stop or lessen after the inmate comes out of protective custody or gets released from prison, and victimization can continue.

One research showed that formerly incarcerated Black adults are more likely to be mugged, beaten, stalked, sexually assaulted, or witness another individual being seriously injured compared to those with no incarceration history.

Protective custody laws typically vary from one state to another.

For example, a protective custody order in Massachusetts can apply to incapacitated individuals. By law, a police officer can assist that individual, with or without consent, to that individual’s residence, a facility, or police station.

In case an individual cannot move properly due to intoxication, the law enforcement official requires them to submit to reasonable tests involving breath, coordination, and speech coherence.

When being assisted to a police station, that individual has the right to request and be administered a breathalyzer exam.

The following conditions will determine if the individual is eligible for protective custody:

Instead, other tests, such as coordination or speech coherency, will indicate whether or not the individual is intoxicated.

Only when such tests show that the individual is intoxicated, will they be placed in protective custody.

Any individual presumed intoxicated and to be held in protective custody at a police station or county sheriff’s office must have the right and be informed of said right to make one phone call on their behalf and at their own expense.

If the individual held in protective custody is below 18 years, law enforcement officials will notify the parent or guardian upon the individual’s arrival at the police station or county sheriff’s office as soon as possible.

If the incapacitated individual is brought to a police station or county sheriff’s office, the designee or officer in charge must notify the closest treatment facility immediately that the intoxicated individual is in protective custody.

If the facility provides the appropriate treatment services, the department can arrange transportation for the intoxicated individual to them.

Massachusetts law also states that no individual assisted to a police station or the county sheriff’s office shall be placed under protective custody against their will.

In case there is no suitable treatment at a nearby facility, the impaired individual may remain in the police station or the county sheriff’s office under protective custody for the meantime.

Authorities will hold the individual in custody for no more than twelve hours or until no longer intoxicated, whichever is shorter.

A police officer carrying out the provisions of this law should use reasonable force when performing their authorized responsibilities.

The police officer may reasonably believe there is a risk to their safety or the safety of other persons nearby. In that case, the officer may search the incapacitated individual and their immediate surroundings. The officer is permitted to do so only to the necessary extent to discover and seize any dangerous weapons.

All valuables and objects that can harm the individual or others in protective custody will be taken away for safekeeping and inventory at a police station or the county sheriff’s office.

Incapacitated individuals held in protective custody or assisted to a facility by the police are not considered arrested or charged with any crime. Instead, the police station will make an entry of custody.

The entry indicates the following:

Law enforcement officers should not treat the entry of custody as an arrest or criminal record.

Protective custody can apply to children, especially those considered to have experienced abuse. Such custody also varies among states.

In Washington, state law specifies the following details regarding protective custody or detention for abused children, including reasonable cause, notice, time limit, monitoring, and liability:

Reasonable Cause and Notice

A licensed physician, hospital administrator, or an official of a similar facility may detain a child without the consent of the individual legally responsible for that child, whether medical treatment is required or not.

The physician or administrator may detain the child only when there is reasonable or probable cause. One example is whether letting the child stay at their residence or in the care of the parent, guardian, or a legally responsible individual will cause an imminent threat to the child’s safety.

Temporary protective custody provided by an administrator or doctor should not be considered an arrest.

After taking the child under their custody, the physician or administrator must notify the appropriate child protective services or law enforcement agency. Such notification must be made immediately, typically no longer than seventy-two hours.

Should the child be under the custody of child protective services, the department may confine the child for no longer than seventy-two hours, except on Saturdays, Sundays, and holidays.

During this period, custody remains with child protective services until they receive a court order telling them the court will assume custody.

When there is reasonable cause that suggests that releasing or leaving the child to a parent, guardian, or another person will cause imminent danger to that child, the physician or administrator may notify the law enforcement agency.

The child remains under the child protective services’ protection until the court assumes custody or if the department, through its professional judgment, deems the child’s safety is no longer in danger if they are returned to their guardians.

Upon returning the child, the child protection services shall establish a six-month monitoring plan to assure the continued safety of the youth’s health or life.

The department may extend the monitoring period, especially if the extension is for a good cause.

Doctors, hospital administrators, law enforcement officers, or child protective services employees will not be held liable for deciding to take the child into custody as long as that action is done in good faith.

Any prisoner who feels they have a high risk of becoming a victim of prison violence can request to be placed under protective custody.

Prisoners must provide reasonable proof they are in extreme danger before being granted such protection.

The Department of Corrections can take preemptive action and place high-risk inmates under protective custody.

Examples of prisoners who may become such victims include child abusers, pedophiles, homosexuals, gang members, and even police officers serving time.

In some states, protective custody can apply to non-prisoners, such as children temporarily placed in foster care.

Any prisoner can request protective custody. However, the Department of Corrections does not automatically allow such custody, and the decision for approval relies on how high the threat risk is for that prisoner.

Protective custody typically applies to prisoners that have a high risk of threat or violence in prison, while witness protection helps protect individuals who are witnesses of crimes.

In New York, a community supervision directive states that inmates serving as trial witnesses can be placed under protective custody, effectively making the program for witness protection.

The government places these individuals under this program as they may be in danger due to their testimonies against drug traffickers, organized crime members, terrorists, and other major criminals.

Solitary confinement is the physical isolation or segregation of inmates, typically confining them for 22 to 24 hours per day in their cells and permitting only minimal interaction with other prisoners.

Solitary confinement can be used for protective custody purposes. In this case, the state confines individuals to prevent them from getting harmed by others or causing harm to themselves.

In many cases, correctional facilities use protective custody for incarcerated individuals with an enhanced vulnerability due to mental health issues.