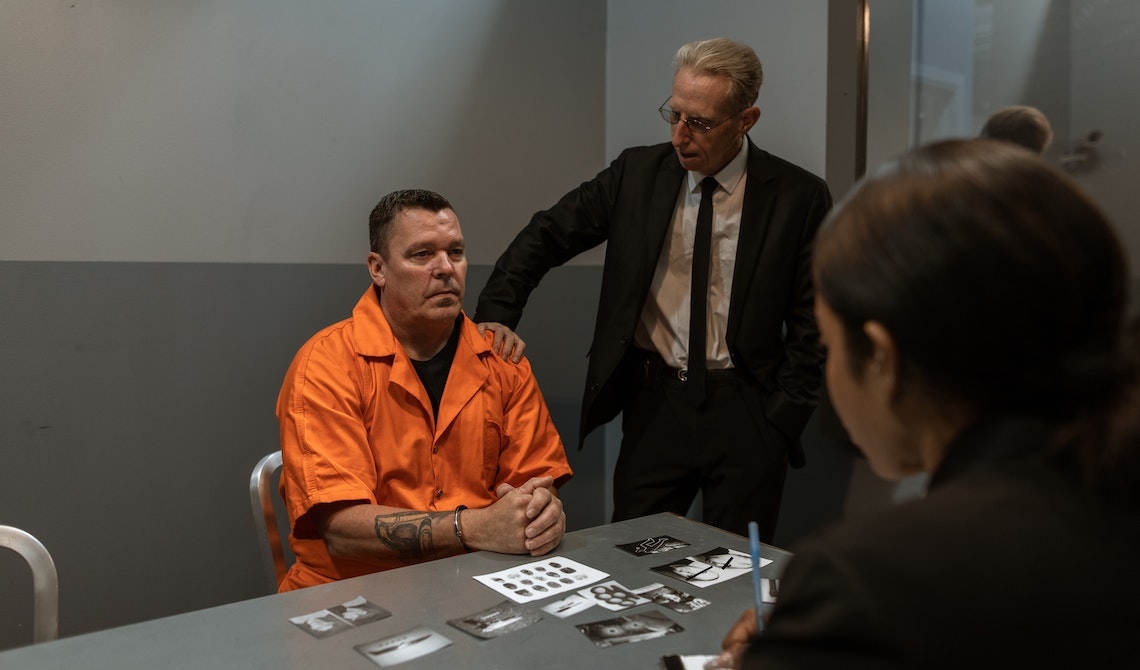 The United States spends over $81 billion yearly on mass incarceration, according to the Bureau of Justice Statistics (BJS). In 2017, the nonprofit Prison Policy Initiative estimated that the prisons’ total cost to federal and state governments and affected families is approximately $182 billion.

Meanwhile, over 2 million Americans are incarcerated, according to the Public Broadcasting Service (PBS).

If you are searching for a particular inmate in a U.S. federal or state prison, lookupinmate.org can provide assistance and an online tool to search for a prisoner. We collected critical information from relevant websites to improve your search.

By utilizing a one-stop inmate lookup site, you can access inmate records from thousands of U.S. correctional facilities. These institutions include state and federal prisons, local jails, immigrant detention facilities, and military prisons.

How Much State Governments Spend on Every Prisoner per Year

State budgets fluctuate each fiscal year. However, annual prison costs consistently account for a significant part of the yearly budgets.

These various costs are dependent on the number of inmates within each state. For example, Arizona has one of the nation’s highest incarceration rates.

Meanwhile, states like Colorado and Michigan are within the mid-range of state rankings, while states like Hawaii have the lowest-ranking incarceration rates.

The Vera Institute of Justice’s 2015 data shows the average yearly per-inmate cost of incarceration in state prison systems ranges from around $14,000 to $70,000 per year, depending on the state.

However, the figures surge when statisticians apply the annual prison costs to average prison population rates. For example, in 2015, Alabama’s department of corrections had the lowest per-prisoner cost yet a prison population of over 31,500.

Other states like New York and California frequently have high per-prisoner costs. In 2015, the average prison budget among all states was approximately $500 million.

The average costs to house federal and state prisoners vary based on various factors, including the type of prison, location, and particular prison.

For example, California’s per-prisoner expense to taxpayers is approximately $106,000, according to the California government.

Various expenses determine the per-prisoner cost, including the following:

Such costs vary from state to state.

In addition, the type of national prison housing federal inmates affects the per-prison costs. Examples of federal prisons based on the level of security provided include minimum, low, medium, and high.

Prisons with the nation’s maximum security are known as “supermax” prisons.

The Bureau of Prisons (BOP) spends approximately $34,705 per prisoner per year. The BOP is a U.S. law enforcement agency under the U.S. Department of Justice (USDOJ).

When states report their annual prison costs, they often cite the average per-prisoner cost. Not all state prisoners cost the same amount to house. However, the overall average provides a clear picture of states’ average annual costs.

Some prisoners cost the state more than others. For instance, particular prisoners may require more medical or mental health services. In other cases, a supermax prison houses the prisoners, so every prisoner is in a single cell.

Comprehending which elements comprise the annual prison costs can be complex.

For example, most Americans are familiar with the various expenses to run a household. They include rent or mortgage and electric, water, and internet bills.

However, prisons may have various “hidden” expenditures that many people typically would not consider.

The U.S. BOP uses about 71% of its yearly funding on salaries and benefits of prison staffing. Meanwhile, it spends 9% on food and utilities. Other expenses include rehabilitation programs, such as substance abuse programs and education.

The First Step Act (2018) allows incarcerated individuals to earn “good time” and leave prison through early release before the conclusion of their sentence.

Good time is an early-release process under determinate (limit-defined) sentencing regimes. The prison grants an automatic sentence reduction for each day prison authorities do not write them up for prison rule violations.

Stacking sentences allows the prisoner to serve concurrent sentences. The prison releases the inmate after they complete the longest term.

These measures have helped decrease prison populations. However, the First Step Act is not a permanent solution.

The Federal prison population has skyrocketed in the past three decades. In addition, yearly prison costs have ballooned since 1980.

These rates include high recidivism rates. According to HealthyPeople.gov., over half of U.S. prisoners the judicial system grants reentry into society every year are incarcerated again within three years.

Some complications are involved in conducting state-by-state comparisons of per-inmate costs for these reasons:

Various factors of personnel costs affect total expenditures. Common factors include states such as California and Connecticut, whose corrections employees have higher average salaries. Other U.S. states, such as New York and Massachusetts, have a higher officer-to-inmate ratio.

Meanwhile, national prison spending is lower for elements like prison health care, which comprises health care providers, hospital care, and pharmaceuticals. One factor is the amount of health care service that the corrections department contracts out.

Meanwhile, recidivism comprises up to 10% of yearly prison costs. Recidivism is an individual’s relapse into criminal behavior.

The quantity of correctional officers per inmate and their average salaries principally drive per-inmate costs.

Another way to compare how much states spend on prisons is the cost per state resident.

States with high per-inmate costs may not be “high-cost” states if their average incarceration rates are lower.

What Exactly Is the Prison-Industrial Complex?

The Prison Industrial Complex (PIC) refers to the intersecting interests of government and industry. It attempts to solve political, economic, and social problems through surveillance, policing, and imprisonment.

Some estimates report federal, state, and local prisons house over 2.3 million individuals. Meanwhile, approximately twice as many individuals are on probation or parole as incarcerated.

The U.S. represents less than 5% of the world’s population yet comprises over one-fifth of the global prison population.

Many experts attribute this mass incarceration to various factors in recent U.S. history, including the following:

This factor resulting from the drug war has contributed the most to mass incarceration in corrections systems. U.S. President Nixon initiated the “war on drugs” in 1971.

Nixon’s war on drugs in the 1970s demonstrated a case study of the trend. The criminal justice system has disproportionately incarcerated non-whites at drastically higher rates than whites.

Such race-based incarceration rates are not limited to drug crimes.

The American Civil Liberties Union (ACLU) reported that the future incarceration rates of white boys (one in 17) are significantly lower than for black boys (one in three) and Latino boys (one in six).

The disproportionate incarceration rates are also significantly higher among other groups, including poor people and disabled people.

Such companies can maximize shareholder returns by reducing food, medical, and maintenance costs.

The ACLU also reported that since the 1970s, the incarcerated population has increased by 500% since 1970.

Some exceptions include the first year following officials discovering the  COVID-19 pandemic. During that period, prison populations dipped from 2.1 million in 2019 to 1.8 million in late 2020.

However, crime rates have not increased similarly since the 1970s. For instance, the murder rates have significantly decreased in large cities like Los Angeles and Washington D.C. since the 1990s.

Additionally, some scholars argue that racism and profits have driven the objective to fill new prisons with human bodies.

1. The U.S. spends billions to lock people up, but very little to help them once they’re released
https://www.pbs.org/newshour/economy/the-u-s-spends-billions-to-lock-people-up-but-very-little-to-help-them-once-theyre-released
2. Following the Money of Mass Incarceration
https://www.prisonpolicy.org/reports/money.html
3. Annual Prison Costs a Huge Part of State and Federal Budgets
https://interrogatingjustice.org/prisons/annual-prison-costs-budgets/
4. The 2021-22 California Spending Plan: Judiciary and Criminal Justice|
https://lao.ca.gov/Publications/Report/4460
5. Prison spending in 2015
https://www.vera.org/publications/price-of-prisons-2015-state-spending-trends/price-of-prisons-2015-state-spending-trends/price-of-prisons-2015-state-spending-trends-prison-spending
6. Annual Determination of Average Cost of Incarceration Fee (COIF)
https://www.federalregister.gov/documents/2021/09/01/2021-18800/annual-determination-of-average-cost-of-incarceration-fee-coif
7. How much does it cost to incarcerate an inmate?
https://lao.ca.gov/policyareas/cj/6_cj_inmatecost
8. What is the prison industrial complex
https://sites.tufts.edu/prisondivestment/the-pic-and-mass-incarceration/
9. A history of the drug war
https://drugpolicy.org/issues/brief-history-drug-war
10. Mass incarceration
https://www.aclu.org/issues/smart-justice/mass-incarceration
11. People in jail and prison in 2020
https://www.vera.org/publications/people-in-jail-and-prison-in-2020
12. Incarceration
https://www.healthypeople.gov/2020/topics-objectives/topic/social-determinants-health/interventions-resources/incarceration
13. Economics of incarceration
https://www.prisonpolicy.org/research/economics_of_incarceration/
14. State prison expenditures, 2001
https://bjs.ojp.gov/content/pub/pdf/spe01.pdf
15. Recidivism
https://nij.ojp.gov/topics/corrections/recidivism
16. United States population
https://www.worldometers.info/world-population/us-population/
17. Probation and Parole Systems Marked by High Stakes, Missed Opportunities
https://www.pewtrusts.org/en/research-and-analysis/issue-briefs/2018/09/probation-and-parole-systems-marked-by-high-stakes-missed-opportunities
18. Understanding why crime fell in the 1990s: four factors that explain the decline and six that do not
https://pricetheory.uchicago.edu/levitt/Papers/LevittUnderstandingWhyCrime2004.pdf
19. Prison population by state 2022
https://worldpopulationreview.com/state-rankings/prison-population-by-state
20. Arizona’s imprisonment crisis: the high price of prison growth
https://www.fwd.us/wp-content/uploads/2018/09/Summary-The-High-Price-of-Prison-Growth.pdf
21. Prison population by state 2022
https://worldpopulationreview.com/state-rankings/prison-population-by-state
22. Good time
https://definitions.uslegal.com/g/good-time/
23. Consecutive vs Concurrent Sentences – What’s The Difference?
https://www.shouselaw.com/ca/blog/consecutive-vs-concurrent-sentences/
24. Americ’as 23 million prisoners are sitting ducks for this virus. Here’s how to save them
https://www.washingtonpost.com/opinions/americas-23-million-prisoners-are-sitting-ducks-for-this-virus-heres-how-to-save-them/2020/04/09/2dd9479e-79c6-11ea-b6ff-597f170df8f8_story.html