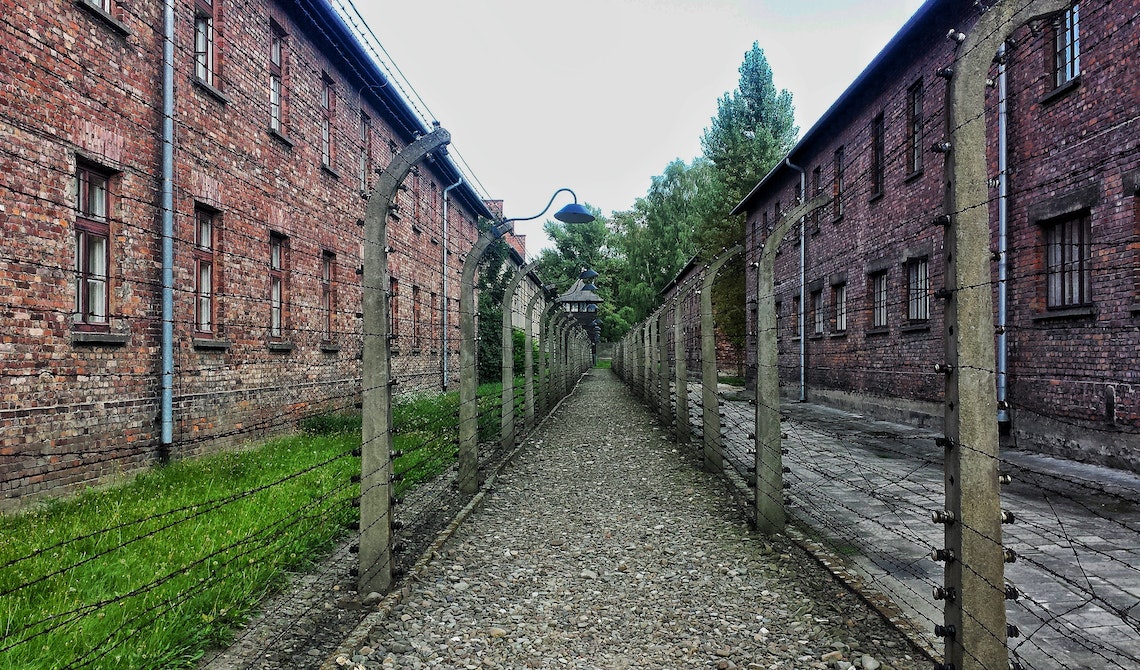 The military prides itself in discipline and camaraderie that binds all its members in a cohesive force to defend a nation’s freedom.

However, there are still cases of crimes that require strict and sustained correction for individuals within the military. But did you know that convicts from the military do not get detained in civilian prisons?

This article will help you understand the difference between military from civilian prisons in the United States.

To further help you in instances where you need information from different correctional facilities in the United States, head on to LookUpInmate.org.

This website provides online search options for people in need of inmate records. We offer easy access to detainees’ information in correctional facilities and military prisons in the United States.

Is There a U.S. Military Prison?

These facilities house convicted military personnel from all branches. Other facilities such as brigs and confinement facilities are also under the operations of the USACC. Meanwhile, female military inmates are housed in the Naval Consolidated Brig in Miramar, California.

Military prisons are correctional facilities operated and maintained by the U.S. military. It houses military personnel who are convicted of crimes that are related to their military service, prisoners of war, and people who are national security threats.

The U.S. Military correctional system has a three-tiered system consisting of facilities that confine inmates according to the length of their sentence, location, and programs.

There are three levels are the following:

U.S. Military prisons are different from civilian ones based on who runs them and how these facilities are built, maintained, and operated.

Military prison is a correctional and detention facility for convicts from all military branches of the United States. These include the U.S. Army, U.S. Navy, Marine Corps, and the U.S. Air Force.

The United States Army Corrections Command operates military penitentiaries. Meanwhile, all federal and state prisons are under the Department of Justice.

Aside from the difference in government agencies, there are some differences between these two types of prisons.

Facilities in military prisons are better maintained and have a strict code for cleanliness. In military correctional facilities, prisoners are responsible for the upkeep and maintenance of their areas.

The strict atmosphere in military prisons is not surprising as the military excels in instilling discipline in every personnel. This atmosphere contrasts with other correctional facilities, which may not be at the same standards as military facilities.

Guards stationed in military prisons are from the military police and personnel in the military service. The facility staff ensures that an inmate’s life goes smoothly as these guards fully know the drills that members of the military are accustomed to.

Another unique custom in the military is the salute, a gesture of respect. However, military inmates are not allowed to salute an officer, and it is a punishable offense under the customs and courtesies in the military.

Military personnel would salute a ranking officer and is saluted back in return, all out of respect.

So, a return salute would be inappropriate if you’re a military prisoner and saluted a ranking officer. However, convicts are still required to address the rank and name of their guards when needed.

Despite being inmates in a military correctional facility, they are still part of the hierarchy and act accordingly.

An inmate’s day in a military prison usually starts early in the morning. A roll call and headcount are done along with the usual morning hygienic routines. The prisoners are then brought to woodwork, ground maintenance, kitchen detail, or masonry workshops.

The inmates follow a tight schedule every weekday. However, during the weekends, the inmates are given time for recreation. In many cases, military prisons’ food is better than federal prisons. They all eat in a typical mess hall and are not allowed to bring food to their cells.

Unlike in the movies, both civilian and military prison fights are rare. In the event of a fight happening, it is quickly broken up and dismissed.

Good behavior inside prisons means following prison rules. Inmates who follow the rules and regulations imposed inside prisons may be considered to get a reduction in prison sentence.

Though there are instances where prison terms are final, in situations where applicable, good conduct may lessen the penalty. It may allow military convicts to have an opportunity to reenter the military or enroll in a rehabilitation program.

Though uncommon, brawls inside prisons can be problematic, especially when there are troublesome inmates in the facility. The usual solution is to keep the two brawling parties away from each other or, in serious events, a facility lockdown to quell an intense fight or riot.

Factions and gangs can develop inside prisons, which usually causes the spark that will ignite a riot. However, in many correctional facilities, these “organizations” or “gangs” tend to stay together and keep away from fights.

Military prison systems emphasize rehabilitating prisoners to reintegrate them into society and return to their everyday lives. Imprisonment has a significant impact on the inmate’s life.

Rehabilitation is required to not only prevent inmates from recidivism but also help them change positively.

Key elements of rehabilitation are the following:

The USDB facility adheres to these elements, which makes military correctional facilities more in tune with its inmates’ well-being than civilian prisons.

Crimes committed inside military prisons are punished the same as in federal prisons. The correctional facility aims to reform the individual and to ensure sentences are carried out.

For example, in the USDB, staff employ professionalism and care in keeping inmate public spaces safe and fit for rehabilitation. Most employees in USDB are part of the U.S. Armed Forces.

Examples of rules that are implemented in prisons:

Inmates breaking these rules may lead to consequences, which in severe cases extend the start of an inmate inside military prisons.

U.S. military prisoners with long sentence terms are usually incarcerated at the USDB. The treatment programs offered in this correctional facility aim to reduce the chances of recidivism and provide ready soldiers upon their eligibility to rejoin the military for different operations and deployments.

The USDB, a 515-bed prison, was completed way back in 2002. The facility is a maximum security prison that houses male convicts with severe violations of the Uniform Code of Military Justice and crimes at court-martial.

Camp Nelson started as a military camp and supply depot in Kentucky way back during the American civil war. On August  5, 1863, a military prison and barracks were constructed. The original prison was a 100ft by 50ft prison complex and a stockade perimeter of 180ft by 120ft.

The prison was made of wood with glazed windows and brick chimneys. The complex included structures like guard towers, guard barracks, a hospital, kitchens, a dining hall, and several support buildings.

Life in the Camp Nelson prison complex allows some recreation to reduce the mundane daily routine of prisoners. Archeologists in the area found marbles, gaming pieces, and personal items like smoking pipes.

In times of conflict and wars, prisoners of war are part of the logistics that must be resolved. After World War II, the Third Geneva Convention on Prisoners of War was created, which outlined the proper treatment of POWs.

The convention states that POWs must be treated humanely to not cause death and seriously endanger their health while under custody. POWs were protected from physical harm.

Unlike military convicts, POWs cannot be held in cells or close confinement unless convicted of crimes and sentenced. They are housed or interned in camps just to prevent them from going back to the battlefield. Moreover, these prisoners must be sent back to their camp immediately after the end of hostilities or after the war.

The prison where POWs are housed must be far from the battlefield and be incarcerated according to nationality, customs, or language.

They are also allowed to maintain relations with families and friends and have the right to communicate with them through letters and messages and receive parcels of clothing, food, and medical supplies.

Wounded POWs must be treated quickly and be repatriated or accommodated in neutral countries.

Can You Learn the True Meaning of Service in a Military Prison?

You can learn the true meaning of service in a military prison, as you are expected as an inmate to have remorse over the crime committed and return to service as a better person.

The goal of a correctional facility such as the USDB is to provide a venue for correctional and treatment programs, instill good order and discipline and reduce or remove the change of recidivism of prisoners after release.

Both the USDB and the Midwest JRCF are located in Fort Leavenworth. The United States Penitentiary Leavenworth is a civilian prison complex near the Fort.

Usually, once you are convicted at court-martial and are imprisoned, your salary and allowances halt.

However, sometimes, due to compelling reasons, such as a dependent family, a convict can keep receiving pay according to the terms that will be handed down to them.

Yes, there are many U.S. military prisons. Facilities such as the USDB house inmates from various army branches, such as the United States Navy and the Air Force.

A prison is a general term for a location that houses convicts. A military prison focuses on housing convicted military personnel.

If you need an easy way to look for inmates from correctional facilities and military prisons, head to our website LookUpInmate.org and have access to more than 7,000 prisons in the United States.