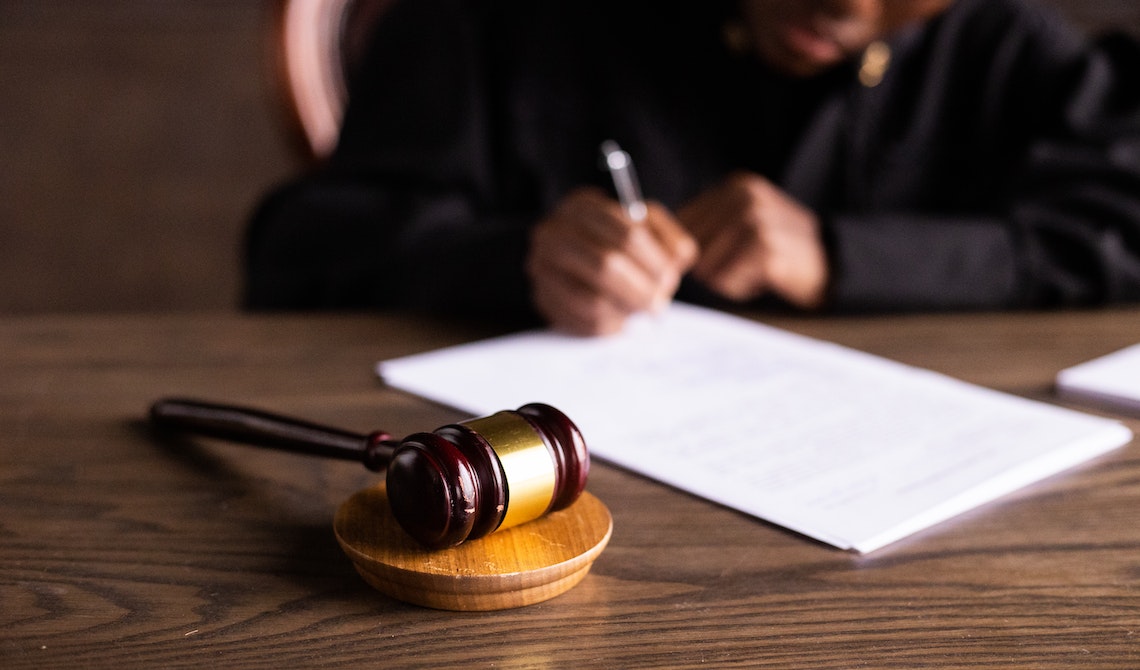 The penal system is a mechanism of modern civilization. Before people set up governments, society relied on vigilante justice or taking the law into their own hands.

From the old philosophy of retribution, “an eye for an eye,” governments stepped in to enforce a new way of dealing with wrongs.

Administering justice began to involve a set of institutions, laws, and procedures that have their roles to play before, during, and after a crime occurs.

What elements constitute the American criminal justice system, and how do they operate? Is it meeting the need for restorative justice?

What do criminal justice reform advocates have to say about the effectiveness of incarceration and solitary confinement in crime deterrence?

This article will discuss the different players that make up the country’s penal system and how the criminal justice system has evolved through the years.

We will also tackle the different challenges facing the system and how prison reform is becoming a worldwide concern and advocacy.

LookUpInmate.org offers a view of America’s prison landscape, allowing you to find more information about prison industries. You can access inmate records from over 7,000 correctional facilities, including county jails and federal and private prisons.

What Is the American Penal System?

The U.S. criminal justice system aims to prevent mayhem in society by convicting criminals, protecting the innocent, and ensuring a fair justice process that will maintain order nationwide.

The system consists of law enforcement, courts, and correctional bodies.

Under the American government, every state and federal government has its criminal justice system.

What Is the Role of the Penal System in the U.S.?

The primary goal of the penal or correctional system is to make communities safer by reducing crime.

The police, courts, and correctional institutions collaborate in altering behavior so that offenders become law-abiding and adopt socially acceptable behavior.

What Are the Parts of a Penal System?

The police, the courts, and correctional entities are the three pillars of the criminal justice system that work together to help manage crime.

The police enforce the law to protect the public and prevent crime. They arrest any suspected law violators.

These brave law enforcement agents respond to reports of various crimes, investigate them, and gather evidence.

As society’s first responders, police officers are physically and mentally fit to act on emergency calls, restrain crime suspects, or chase criminals on foot if necessary.

The judiciary and its members—from bailiffs to judges—are responsible for ensuring peaceful jurisdiction or administration of justice.

These justice professionals fulfill this task by wisely determining whether a person committed a crime and what punishment to impose if the offenders are found guilty.

Corrections, more commonly known as the prison system, include the officers and staff who run and patrol correctional institutions or the country’s jails and prisons.

These professionals order and restrain inmates who hurt themselves or become violent towards the officers or fellow prisoners.

Correctional officials and staff also include those who work outside prison walls to rehabilitate offenders, such as probation and parole officers.

What Does the Penal System Refer to in Sociology?

A penal system refers to the system of legal punishment for crimes. Penal comes from the Latin word “poenalis,” which means penalty.

Under modern criminal justice systems, an infraction against one citizen is a crime against the general population. Governing institutions take on the responsibility of punishing the criminal.

History of the Penal System

History points to British philosopher Jeremy Bentham (1748 to 1832) as the brainchild of modern prisons. He believed a legal system could calibrate the punishment necessary to dissuade someone from committing a criminal act.

According to Bentham, people are intrinsic pleasure seekers who will think twice about committing an offense if the possible pain of punishment outweighs the potential pleasure.

Bentham commissioned an architect to draw his prison concept, the Panopticon, which was a ring-shaped building of prison cells. He believed that such a design would allow the monitoring of many prisoners with the fewest possible guards.

However, the Panopticon did not materialize as the chosen land for the prison building project site because it was too swampy that it could not sustain construction.

Today, the U.K. Parliament upholds punishment and behavioral reform as the primary reasons behind the modern penal system.

Meanwhile, the most prominent prison plans in the U.S. were the Pennsylvania and Auburn Plans for the Eastern State Penitentiary in Philadelphia and the New York State Prison, respectively.

The prisons were in Leavenworth in Northeast Kansas, Atlanta in Georgia, and McNeil Island in Washington. State prisons used to house federal prisoners before the passage of this law.

In the 1920s, Assistant Attorney General Mabel Walker Willebrandt pushed for establishing a new agency under the Department of Justice to oversee federal prisons.

The BOP (Federal Bureau of Prisons) came into being in 1930. The bureau runs 122 federal prisons nationwide, housing more than 158,000 inmates.

Facilities are divided into six regions, which report to the central office in Washington DC: the mid-Atlantic, north-central, northeast, south-central, southeast, and western region.

The United States As the World’s Leader in Incarceration: How Did This Happen?

Overcrowding is becoming a growing problem in America’s correctional facilities. The United States is the world leader in the number of inmates and prisoners, approximately 2 million.

Moreover, their average incarceration time catapulted to 62 months in 2004 from 22 months in 1986.

Moreover, one in seven people in prison serves life sentences (with or without parole and virtual life of 50 years or more).

Mass Incarceration Has Not Touched All Communities Equally

Figures from the Sentencing Project also reveal the racial disparity in the prisoner population: the incarceration rate among Black Americans is five times higher than that of white Americans.

Meanwhile, the rate for Latinos and Hispanics is 1.3 times the incarceration rate of whites.

Citing a 2014 study by the National Research Council, the Sentencing Project added that current sentencing policies limit the effectiveness of incarceration.

Although incarceration can help reduce crime, it is not be effective in drug-related and juvenile offenses. Young people struggling with addiction and others who seek income through drug sales quickly replace individuals taken to prison.

The NRC paper added that extended prison time would only be efficient if they target high-risk criminals and round up as many as possible.

Otherwise, issuing lengthy sentences would be defeatist as recidivism declines with age.

Incarceration is also not practical for those who “chronically offend.” The  National Institute of Justice said in a 2021 paper that staying in prison for more extended periods of time can even be detrimental to repeat offenders.

Time in jail can alienate inmates from sources of emotional and financial support, particularly from family and the workforce. Access to resources can even be more challenging for chronic offenders upon release.

Significant Reforms in Recent Years: Where Do We Need to Go From Here?

In 2020, America recorded its lowest imprisonment rate since 1992, with 358 per 100,000 U.S. residents, based on the Bureau of Justice Statistics. Drug offenders make up 45% of the inmate population.

The Sentencing Project says the following state and federal policy changes could have contributed to this development:

The move will allow courts to send first-time to treatment centers instead of prisons.

The Sentencing Project suggests that prevention, treatment, and long-term public solutions should be appropriate to target criminal populations.

The UNODC (United Nations Office on Drugs and Crime) says that reforms are necessary to ensure that the justice system protects inmates’ human rights.

Governments should also establish that prison policies will boost the prisoners’ prospects of social reentry according to internationally accepted standards.

Another reason for reform is to reexamine the reduction in the economic impact of imprisonment. Families in poverty must adjust to the loss of income when the imprisoned member is the household’s breadwinner.

The loved ones of the incarcerated person also face new financial challenges, such as expenses for the lawyer, transport for prison visits, and money to send the incarcerated family member.

Some offenders are already sick when they enter jails or prisons. Serving time at overcrowded correctional centers where meals and sanitation are poor can worsen the physical conditions of inmates.

A review of healthcare and health service policies will help ensure that facilities will not be breeding grounds for disease. Prison administrators should prepare inmates to reenter society without harming public health.

Marital and parental bonds are the fabric of society. When incarceration time disrupts these bonds, its effects can run deep and extend beyond the immediate family.

While inmates’ mental health suffer from isolation or separation, their families battle with shame, discrimination, and resentment. Incarceration can also aggravate any current mental illness of the prisoners or relatives.

The Cost of Imprisonment

The federal and state governments make considerable investments to effectively meet the individual needs of inmates and manage correctional facilities. Reexamining expenditures will determine whether budgets are still meeting short and long-term goals.

In light of the issues laid out by the UNODC above, the UN (United Nations) body is calling on governments worldwide to look into the following areas in which they can provide advisory support:

The UNODC (United Nations Office on Drugs and Crime) recommends that individuals in pretrial detention receive necessary legal and paralegal aid, as some detainees do not have the financial resources to afford them.

Moreover, courts and prisons should improve information management and cooperation to speed up the processing of cases and early release.

The UNODC also calls for updating national legislation so that prison management will align with international standards on protecting human rights for inmates.

Training is necessary so prison managers can improve their leadership roles and be more proactive in data collection and management reforms.

The UNODC advocates improving sentencing policy and using noncustodial sanctions rather than building new structures to solve the problem of overcrowded prisons.

The Benchmarks for Action in Prison Reform: The United Nations Standards and Norms

The United Nations has several principles and instruments defining its position on prison reform.

The UN has minimum rules and principles for protecting and treating all persons under any form of detention and imprisonment, including women prisoners, as well as minimum standards for noncustodial measures.

Justice systems worldwide can also refer to the UN’s Code of Conduct for Law Enforcement Officials, conventions on eliminating discrimination, and safeguards for the rights of inmates facing the death penalty.

The UNODC adds that nations should develop community-based psycho-social counseling and substance dependence treatment programs to help rehabilitate offenders with such needs.