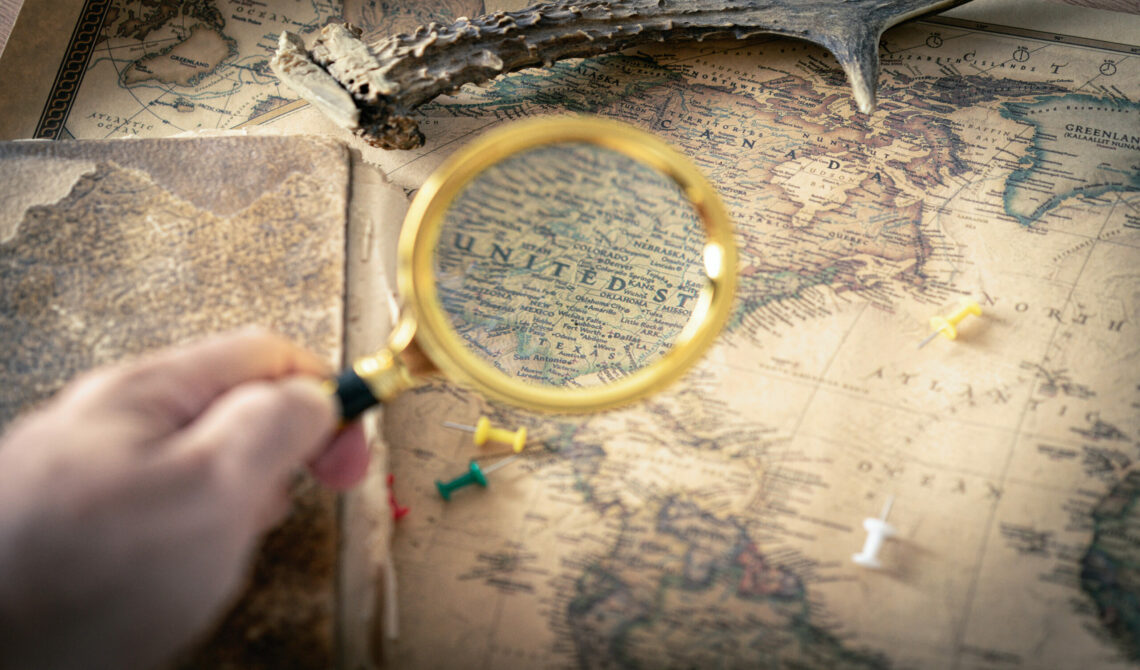 Meanwhile, states permitting similar visits had a less frequent occurrence of such violence: 57 per 100,000 inmates.

These findings may suggest support for conjugal visits. However, decision-makers may need to look at more than the numbers to determine whether such visits are practical and beneficial in the long term.

Lookupinmate.org addresses these questions and many more. This article also covers the requirements for inmates to be allowed conjugal visits and the arguments regarding such visits.

Which U.S. Prisons Allow Conjugal Visits? Which States Have Them?

During the 2000s, only California, New Mexico, Mississippi, Connecticut, Washington, and New York allowed such visits. By 2015, Mississippi and New Mexico discontinued their programs.

In 1993, conjugal visitation programs existed in 17 U.S. states. However, no existing records mention what these states were. One survey mentioned that in 2013, there were at least nine states with such programs, namely:

What Is a Conjugal Visit?

A conjugal visit is when a prisoner is allowed to receive a visit, usually from a husband or wife, to spend private time together.

The idea behind such visits is to let inmates have the time for intimate contact with their partners.

Depending on the state’s conjugal visit program, sometimes called the extended family visitation program, a visit may last for several hours or overnight.

What Everyone Gets Wrong

Conjugal visits are not entirely only about physical intimacy or sex. Officially, such visits are called family visits, and kids are permitted to stay overnight.

Meanwhile, Washington allows two related inmates in the same facility, like siblings or a parent and child, to be visited jointly by immediate family members from outside. About one-third of extended visits occur between spouses alone in the state.

Since conjugal visits are also called extended family visits, the concept of such visits should not be limited to physical intimacy only.

In states offering extended prison visits, inmates must have a record of good behavior to be permitted conjugal visits. However, prisoners with life sentences, criminals convicted of domestic violence, or sex offenders charged with crimes like sexual assault are usually excluded.

If you want to fully understand how conjugal visits work, here are a few questions to consider:

Prisons allowing conjugal visits keep a schedule and inform inmates of the next visit date. A facility with a large number of inmates may have a long waiting list depending on how many visits the facility can accommodate.

Although conjugal visit rules vary between states, prisoners, in general, must apply for that privilege. Before being granted visitation, the prisoner must undergo and pass a health screening.

In California, an inmate must be married to a legal spouse to qualify for conjugal visits.

Prisoners who committed several infractions, like fighting and swearing during the past six months, are not eligible.

How Often Can Prisoners Have Visitors?

Extended family visits usually have three schedules: 6, 12, and 24 hours. The facility allows these visits to eligible convicts an average of once or twice a year.

Where Do Conjugal Visits Take Place?

Correctional facilities allowing conjugal visits typically have private, apartment-style accommodations where inmates and their visiting loved ones or significant others can stay. These rooms come with sheets, towels, soap, and condoms.

In 2007, California allowed conjugal visits to married same-sex couples or those in a civil union. New York permitted the same privilege in 2011.

Conjugal Visitation Is a Privilege, Not a Right

The United States Supreme Court and several federal courts believe prisoners have no constitutional right to conjugal visits. So such visits are considered a privilege, especially for inmates exhibiting good behavior while serving their time in prison.

Still, some prisoners and their spouses have filed lawsuits in federal and state courts, claiming that denying conjugal visits violates these rights:

Despite these arguments, courts found no constitutional right to a conjugal visit and rejected these claims.

Are Conjugal Visits Free of Charge?

Conjugal visits are free for prisoners except in Washington. As of 2013, the state’s participation fee for such visits was $10 per night.

States regulate and determine who a family member is. Inmates and visitors must submit applications to be allowed conjugal visits.

All prison visitors are subjected to a physical search for contraband or weapons, whether for a conjugal or different type of visit. Facilities do not allow drugs or alcohol and prohibit cell phones or other electronic devices.

Prison staff ensures that visitors bring only a few highly regulated items into the facility and prohibit certain foods or gifts. The staff can also turn away visitors who are not wearing appropriate clothing.

Why Have Visitation Programs Been Discontinued?

There are claims that the discontinuation of conjugal visits in many states is due to public opinion. There are individuals who believe criminals should not have access to anything, including time with family members. Others complain when they learn inmates have health care access.

Another reason is reports of contraband getting snuck into prison and babies being conceived during conjugal visits. However, there are no figures to back up these claims, leading to conclusions that these reports are unfounded.

Still, states mention that the actual reason for the discontinuation of such programs is budget cuts.

In New Mexico, the program costs taxpayers $120,000 every year. Though the state’s budget in 2016 was $6.2 billion and the median household income was $43,782, the state did not seem to see the benefits outweighing the cost.

Why Should Visitation Programs Continue?

There are also claims that one potential benefit of conjugal visits is lowering the rate of sexually transmitted diseases (STDs) among prisoners. However, studies have not conclusively established a correlation between conjugal visits and lower STD levels.

Because there is more than only intimacy involved in these visits, prisons in states allowing conjugal visits have renamed such programs “family visits.”

Correctional officers claim that prisoners with visitation access are generally happier and are encouraged to maintain good behavior to earn visitation privileges or even early release.

If you or your family members are planning to visit a loved one in prison, you need a platform to search for records about that inmate. Lookupinmate.org is a nationwide online inmate records checker that can help you locate prisoners detained in any correctional facility.

Despite not having many states implementing conjugal visits, individuals who may have relatives or spouses in prison need to understand the following facts about this program:

Rules on extended family visits typically vary from one state to another. However, one common rule in California, Connecticut, New York, and Washington is that conjugal visits occur only in prisons with medium security or lower. Inmates must also have a record of good behavior and clean health.

Another requirement is that spouses who visit their incarcerated husband or wife must pass a body search and background check and be registered on the prison’s visitor list.

The “Conjugal Visit” Phrase Is a Misnomer

Conjugal visits today are called extended family visits or family reunion visits. The reasons for these visits include:

Renaming the program to “extended family visit” helps emphasize the inclusion of all family members instead of only the inmate’s spouse or partner.

Other prisons have two-bedroom apartments featuring a living and dining room and amenities like TVs, DVD players, and games like dominoes and Jenga.

Visitors may be permitted to bring prepared food or groceries during the visit, depending on the state prison’s rules.

Mississippi was the first state to allow conjugal visits in the early 1900s. The state even provided the prostitutes who charged 50 cents for their services.

The first conjugal visits occurred at Parchman Farm, also called Mississippi State Penitentiary, in 1918. James Parchman, the warden, used conjugal visits as an incentive for male prisoners (who were mostly African-American) to work harder in the prison’s farming industry.

However, the state later canceled the costly program despite protests from prisoners’ families and rights groups who believed that even infrequent visitations promote family bonds and boost prisoner morale.

As of 2015, the only states allowing conjugal visits are California, New York, Washington, and Connecticut.

In Connecticut’s prison system, levels on a scale of 1 to 5 refer to how much guards monitor inmates daily.

Prisoners also cannot be gang members, on restrictive status, or convicted of a class A or class B disciplinary offense within the last 12 months before requesting eligibility.

In India, Married Prisoners Have the Legal Right to Conjugal Visits and Bear Children

In 2015, India’s government passed legislation declaring that married inmates have the right to conjugal visits. These inmates are also entitled to provide sperm to their spouses for artificial insemination if the inmate so wishes.

In Saudi Arabia, male inmates are allowed one conjugal visit per month, and the rule applies to each spouse. So, men with multiple wives can have numerous visits every month.

A prisoner who wishes to attend a family wedding or funeral is provided $2,600 to give as a gift. In 2014, the Saudi government spent $35 million on these prisoner privileges.

In April 2010, a 50-year-old prisoner killed his 46-year-old girlfriend during an unsupervised conjugal visit in a German prison. During one of those visits, the prisoner stabbed his girlfriend using a steak knife and strangled her.

Outraged Germans criticized the justice minister and prison authorities for this incident and questioned a few other instances of relaxed security at German prisons, including prisoner escapes and beatings.

Though such differences in conjugal visit policies appear discriminatory, female prisoners in Brazil may have to worry more about overcrowded and unsanitary prison cells. Pregnant inmates do not have sufficient access to proper medical care, and many female prisoners can be unjustly confined in isolation units.

Conjugal visits started in 1918 at Parchman Farm, a labor camp in Mississippi.

At first, the camp allowed visits for Black prisoners only. The visitors were local prostitutes who arrived every Sunday and were paid to service single and married inmates.

Historian David Oshinsky said Jim Crow-era prison officials perceived African-American men as having stronger sex drives than whites and would not work hard in the cotton fields until they were sexually sated.

In the 1940s, the government expanded the conjugal visit program to include white male prisoners and their wives. Finally, in the 1970s, the program included female inmates.

A journal dated 1981 mentioned that South Carolina was among the states allowing conjugal visits at that time. Today, the state no longer implements that program. Additionally, federal prisons also do not allow conjugal visits.

The U.S. is not the only country allowing conjugal visits despite having only four states implementing this program.

In Brazil, Venezuela, and Columbia, prisons allow unmarried inmates to have such visits. India and Saudi Arabia also have conjugal visit programs.

While Germany permits prisoners to apply for conjugal visits, the screening is strict, and security is tight, especially since an inmate murdered his girlfriend during one such visit in 2010.

Searching for an inmate in the U.S., not knowing where your loved ones are detained? Lookupinmate.org lets you search for a prisoner by state or prison type. This one-stop inmate lookup site has access to more than 7,000 correctional facilities across the United States.