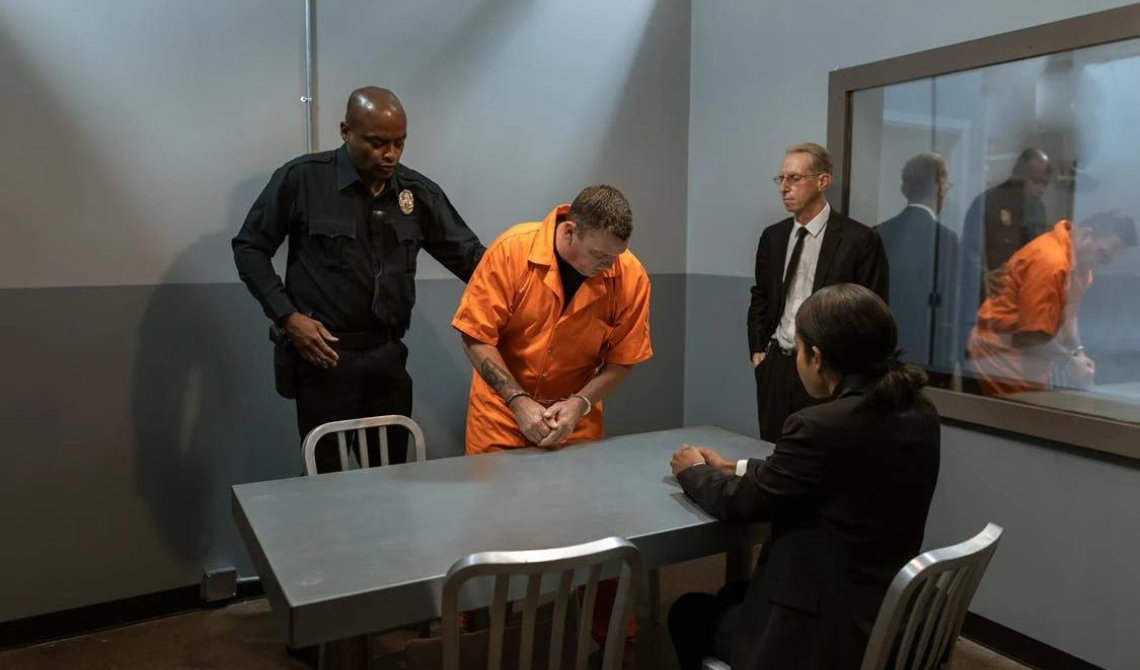 Has someone close to you been put on probation? The Bureau of Justice Statistics (BJS) estimated that community corrections monitored one in 59 Americans at the end of 2019. That is approximately 1.6% of the total population.

If you want to know more about probation, we at lookupinmate.org can help you.

Lookupinmate.org is a one-stop site where you can access valuable information regarding inmates and correctional facilities throughout the U.S. If you wish to know more about probation, read on.

Probation is a court-imposed criminal sentence that releases a convicted criminal defendant into a community rather than confining them to jail or prison. Probation is subject to particular conditions and restrictions.

Additionally, probation is a flexible sanction that the judicial system customizes for individuals based on their risks and needs and the offense’s severity.

For example, individuals with mental health issues may pose a greater public safety risk through probation.

A court will generally require a more lenient set of rules for individuals convicted of misdemeanors and domestic violence than those convicted of a felony. Felonies are more severe offenses than misdemeanors.

Another risk-related issue is whether an individual is a first-time or repeat offender. The judicial system can implement probation to help reduce recidivism rates.

Recidivism is an individual’s return to a previous mode of behavior or previous condition, such as criminal behavior.

Such systems can use the tool of probation to achieve various degrees of liberty and restriction.

This figure has increased 500% during the past four decades. The judicial system incarcerated approximately 0.7% of the U.S.population.

The U.S.’s massive criminal justice system includes thousands of correctional facilities. Hence, locating an individual in a federal, state, or local prison or jail with a pending parole may be challenging.

Experts have traced the origin of probation to English criminal law during the Middle Ages. Some of English society’s progressive segments opposed harsh punishments for minor offenses. This process led to temporary release for good behavior.

Meanwhile, experts often recognize John Augustus as the father of modern probation. Augustus was born in Massachusetts in the 1700s. He supported abstinence from alcohol. Augustus started as a parole officer in 1841 by helping an alcoholic rehabilitate.

Some U.S. states have recently aimed to reduce individuals’ probation time. The goal is to improve their re-entry into society.

You may wonder how probation works in California. In January 2021, the state implemented new probation rules, including the following:

Felony probation: This probation applies to felony crimes. An individual from the Department of Corrections usually supervises an offender. The offender must serve a probation of 18 months or more.

How Does Probation Work in the United States?

Modern probation resulted from the procedures of “recognizance” and “suspended sentence.”  The U.S. Department of Justice (DOJ) disapproved of the suspended sentence, arguing that it was unconstitutional.

The process of U.S. courts as providers of probation as a sentencing option in federal courts was long and complex. The use of probation sharply divided federal judges.

In 1927, the U.S. appointed to the District of Massachusetts its first parole officer.

What Does Being “Put on Probation” Mean?

The two types of probation include:

1. Completing jail time and then being put on probation

The judicial system can shorten the jail time due to the offender being on probation.

2. Going on probation rather than serving jail time

If an individual completes the probation successfully, the offender can avoid jail time.

In some criminal cases, individuals would rather go to jail than be on probation. One primary reason is probation can be longer than jail time.

The conditions of probation include:

The judicial system’s courts place adult offenders in the community under the supervision of a probation officer as a substitute for incarceration.

A judge reviews a presentence (pre-sentencing) report prepared by a probation officer before sentencing an offender.

You can also research the mechanics of probation within the juvenile justice system. An example is contacting juvenile courts regarding probation as an alternative to juvenile detention for delinquency.

What Do You Call Someone on Probation?

A probationer is someone the judicial system has judged as guilty of committing a crime but is not in prison.

Following probation conditions can promote public safety. However, if an individual on probation disregards an aspect of probation, the public may not be as safe as possible.

Suppose an individual violates probation conditions. In that case, they must return to court and stand before the judge. The judge can issue a probation revocation, sending the individual to jail or prison for breaking probation.

Probation can be easier than serving a jail sentence. However, it can still be quite challenging. Here are some potential drawbacks of probation:

U.S. courts have a lot of discretion in the terms they apply to an individual’s probation. In addition, they can also impose various sanctions for probation violations. A court usually requires offenders to:

Individuals may find it challenging to adjust to the rules and regulations of probation. For example, they must:

Individuals on probation must find employment to satisfy financial expectations. However, offenders should disclose a criminal record and parole or probation status to potential employers.

Several employers would prefer to avoid individuals with a criminal record on the payroll. Hence, those on probation may have to find low-paying jobs. However, some states offer tax credits to employers that hire workers on parole or probation.

Probation officers often have great authority to determine rules and violations. This situation can lead to inconsistent monitoring.

Individuals on probation or parole may experience harsh reactions from their community members. For example, neighbors may oppose the offender’s re-entry into society, fearing the possibility of an offender committing other crimes.

This potential stigma may strain an offender’s home life. For example, they may find it challenging to adjust to a new life outside of prison.

The origin of probation dates back to the Middle Ages. English judicial systems often enforced harsh punishments for minor offenses. Some progressives supported the evolution of the English justice system.

Over time the courts started “binding over” for good behavior through a type of temporary release. Offenders could take steps to secure pardons or shorter sentences. In addition, some courts have started suspending sentences.

The Birth of Probation

John Augustus was a Boston boot-maker born in Massachusetts in 1785. Experts often refer to him as the “Father of Probation.”

Augustus supported the abstinence of alcohol and was a member of the Washington Total Abstinence Society. The group believed that understanding and kindness can rehabilitate alcohol abusers.

Augustus started his 18-year career working as a parole officer in 1841. He first helped rehabilitate a man known as a “common drunkard.” Many legal experts credit Augustus with founding the modern probation investigations process.

The courts reportedly denied bail to only 10 of 19,456 men and women for which Augustus provided bail.

The U.S. Congress passed the Speedy Trial Act in 1972. The Act’s Title II authorized the Director of the Administrative Office of the U.S. Courts to create “demonstration” pretrial services agencies in several judicial districts.

The objective was to reduce crime through individuals released to the community pending trial and decrease unneeded pretrial detention.

Suppose you commit a crime and law enforcement officers arrest you. If that is the case, you have to attend an arraignment and then a preliminary hearing.

The sentencing follows a trial, determining whether you go to jail or be on probation.

2. What happens after a court convicts me?

If you are in custody at the time of a plea, the court will set a sentencing hearing and send a referral to the county probation department.

The court will assign a probation officer to complete the pre-sentence report and review the probation department’s document and other information.

On the other hand, if you enter a plea while out of custody, the court will direct you to use the contact information of the probation department. A court investigation unit will then assign you to a probation officer.

In addition to probation and parole resources, you can also contact various human services for probation information.

You can also contact your lawyers regarding probation-related issues. An example is public defenders.

You can also locate critical information for federal, state, and city judicial systems through various .gov sites. An example is particular courts in cities such as:

After the court conducts an interview, it decides whether to grant probation based on relevant information such as the probation department’s report.

If the court grants the defendant probation, it assigns a probation officer to:

3. What can I expect while being supervised?

The courts require various supervision of individuals based on the particular crime and the caseload of individuals, such as the chief probation officer. The court establishes the terms and conditions of probation. They can include issues such as:

During supervision, the probation department informs the court of an individual’s progress or difficulties.

Suppose you fail to adhere to the court’s orders. In that case, the probation officer must return the case to the court for further sentencing. The process may include returning the probationer to custody in jail.

4. What fines and fees are due for probation?

The terms and conditions of probation outline the fines and fees an offender owes, including:

Offenders should pay fines and fees through the collections division.