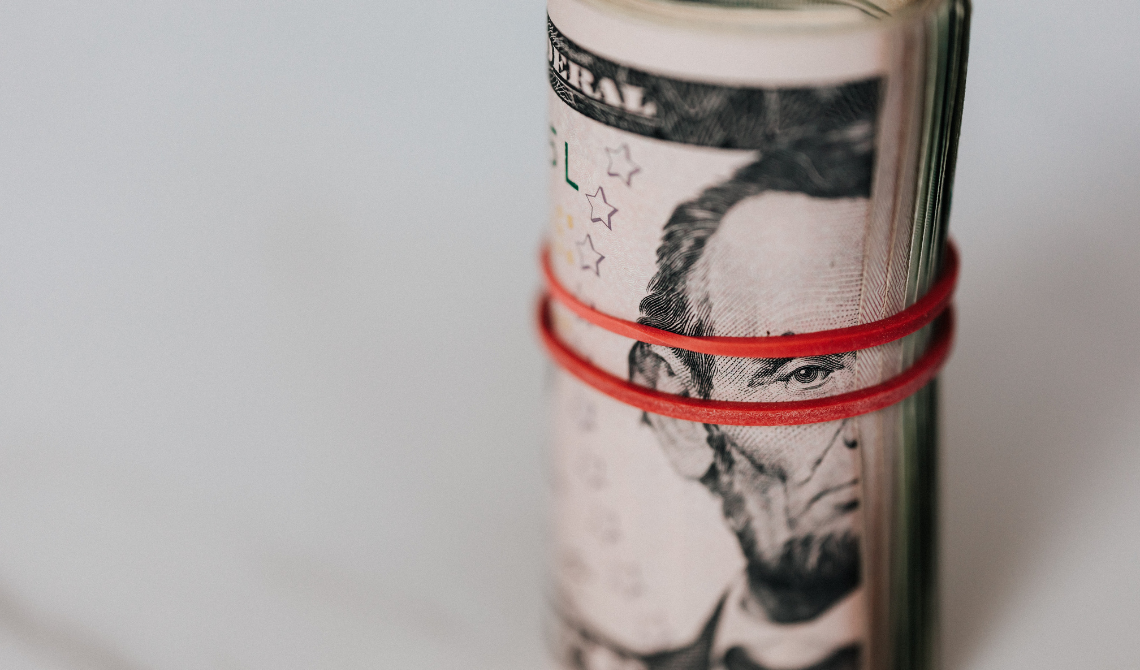 Inmates in state prisons throughout the United States earn an average hourly wage of approximately $0.63 per hour for prison maintenance, according to Kent State University.

Bail is the cash equivalent that arrested individuals pay to a court to ensure their appearance at trial. Consequently, you may need to make arrangements for financial assistance if you cannot post bail.

The criminal justice system can affect individuals’ finances if they become one of the approximately 2 million inmates in the U.S.’s federal, state, and local prisons and jails.

Prison and jail inmates in the U.S., including those housed temporarily in detention centers, may wonder about jail funds.

If you know someone in prison, adding funds to an inmate account of a family member or friend is possible. However, the process may be challenging if you do not know the exact location of the prisoner or are not familiar with the process of sending funds.

Lookupinmate.org is a one-stop site where you can access valuable information regarding inmates and correctional facilities throughout the U.S. You can also get information on inmates’ public records and court and arrest records.

Read on if you wish to know more about jail funds.

The criminal justice system’s guidelines for particular crimes affect where an offender’s money goes. For example, the system may review whether convicted criminals like violent sex offenders benefited financially through their crimes.

Two primary accounts are available to inmates. One is the commissary and phone account. After individuals deposit cash into these accounts, it becomes the inmate’s money. They can use these jail funds for commissary items or debit calls.

The detainees and their loved ones should know the mechanics of inmate accounts. Such issues include how the inmate knows when someone has deposited money into their accounts. They should also be aware of which items they need to purchase.

You can contact resources such as a sheriff’s office to learn the particular inmate accounts available to detainees in federal, state, or local jails and prisons.

In this case, the term “trust fund” does not refer to an estate planning tool to help minimize taxes. Instead, it is a financial account the prison system supplies for an offender in prison or jail.

However, prisoners usually earn small salaries while in prison. In 2014, the American Prospect reported the median hourly wage was $0.20 for state prisoners and $0.31 for federal prisoners. In addition, while ITFs may earn interest, the amount is often small.

The judicial system can also garnish a prisoner’s salary for:

In addition, prisoners can request their loved ones to deposit funds into their inmate trust funds. Individuals outside the prison must also send funds to a particular address.

The two primary forms of inmate accounts include:

Phone account: This inmate account is strictly for phone calls. The inmate makes a “collect call” to loved ones who have agreed to accept calls from the individual.

The prisoner’s phone account must contain sufficient funds to pay for the call.

Prisoners can often use inmate accounts to purchase items at the prison commissary, jail canteen, or inmate canteen. Such items may include food and clothing.

The commissary essentially works like a warehouse of goods that the judicial system has approved for inmates to own. Prisoners receive a list of items and prices. They can also purchase commissary items on particular days.

Since prisoners cannot carry cash, they can use their inmate account to pay for the items. Modern prisons link a prisoner ID card to their accounts, allowing it to function like a debit card.

In some cases, prisons can use commissary stamps, which function like cash.

The Prison Has Transferred the Inmate. What Happens to Their Money?

The prison system automatically transfers an inmate’s funds to the new location. However, the process may take a few weeks.

The Prison Has Released the Inmate: How Do They Get Their Money?

An inmate must complete a form following their release. Then, the commissary manager issues them a check via mail.

How Can One Learn How an Inmate Is Spending Their Money?

Often, a prison or jail does not disclose the details of inmate accounts.

Jails and prisons take steps to protect the privacy rights of individuals, including inmates. For example, the California constitution contains the Information Practices Act of 1977.

California’s Department of Corrections and Rehabilitation (CDCR) does not disclose an inmate’s personal information without the individual’s consent. The exception is when the law authorizes such disclosures.

How to Send Money to Inmates

These are the options to consider when sending money to inmates:

Each option has instructions and guidelines you must follow, so it is critical to read them. You should also read any disclaimers to help avoid scams.

Incarcerated individuals must use their inmate accounts for all financial transactions. Inmates usually cannot possess cash, which the criminal justice system classifies as contraband. Contraband is the illegal or prohibited trafficking of goods.

Today, friends and family members can use various money transfer agents to deposit funds into an inmate’s account. The process is similar to “wiring” money after providing information like:

Here are the methods for adding money to inmate accounts:

Usually, you cannot send cash or personal checks to inmates.

JailATM is a service allowing family members of inmates in participating jails to send:

Inmates can access funds immediately after the sender’s credit card is processed.

Some jails offer physical ATMs in their lobbies allowing visitors to send money to inmates through JailATM. Such ATMs usually charge users a fee for using a credit or debit card to deposit money.

Here are the basic steps to add money to JailATM messaging:

How Do Inmates Know Their Jail Fund Accounts Have Money?

An inmate usually receives an invoice or transfer receipt reporting that an individual has deposited funds into their account. The amount of time required to receive the invoice or receipt varies.

Some prisoner advocates argue that internet access is a human right. They argue that such access may improve rehabilitation and reduce recidivism rates. However, a debatable issue is whether prisoners should have the right to connect to the web.

Most prisoners in the United States do not have internet access. Some correctional facilities also punish inmates when their families make online posts like blog posts and opinion pieces on their behalf.

However, if inmates have internet access, their friends or family can inform them through email of deposits to their ITFs.

Inmates’ loved ones may also inform prisoners of deposits to their ITFs through “chirping devices.” In addition, prisoners can send a link so their loved ones can add money to their chirp account.

So how does chirp work in jail? The inmate gets dedicated phone numbers and funds a chirping device through an account they set up via a chirp service provider.

These devices that look like smartphones allow inmates to send and receive text messages. However, these text-only gadgets do not permit calls. It is also worth noting that the prison system of transferring or releasing detainees can affect their chirp accounts.

What Items Do Inmates Generally Need to Purchase?

A prison or jail meets the basic needs of inmates, including:

However, inmates may supplement necessities by purchasing extra non-emergency items like sodas and snack foods from the prison’s canteen.

The Multi-Million Dollar Market for Sending Money to Prisoners

Today, jails and prisons are shifting certain costs to inmates and their families. Examples include:

Many incarcerated individuals lack money for such expenses, so the family often transfers money to inmate trust accounts. In the past, families often sent money to inmates through money orders.

Increasingly more private companies use inmate accounts as a source of profits. No public data is available regarding the profits of companies providing services for sending money to inmates.

However, some states have published data on the funds transferred in their state prison systems. In fiscal years 2011 and 2014, the average annual transfers per incarcerated individual was $737 for these states:

In terms of direct revenue, JPay is one of the largest payment processors for U.S. prisons and jails. In 2014, JPay earned $525 million through transfers and $53 million through fees.

Some government agencies have developed options like no-cost electronic payments to prisoners as community services.

However, correctional facilities often outsource the function to private for-profit companies, which increases the expenses of inmates’ friends and relatives supporting their incarcerated loved ones.

Here are some ways to support incarcerated individuals besides sending money:

Visit the inmate: Options may include in-person and video visit systems. Remember that such visits usually have time limits, and you must schedule them in advance. Visitor requirements and restrictions include:

Receive phone calls: You should consider communicating with the inmate even if you are somewhat uneasy about talking to the person. Exceptions include toxic relationships. Prisons may also have in-house phone systems, which include features like free weekly minutes.

Send gifts: This option is an alternative to sending money including access to music, magazines, and books. The correctional institution, like a detention facility, may require you to purchase the items through a prison commissary. So instead of one magazine, you can buy a magazine subscription.

Write letters: This process allows you to communicate through inmate mail and share your thoughts and feelings. The prison or jail may also permit individuals to send non-explicit photos to inmates.

Pick them up on release day: Make sure to confirm the release’s date and time with law enforcement officials. For example, some prisons or jails may release or parole inmates on one day of the week.

You can also bring the inmate’s favorite food or drink so they can celebrate the big event.

1. The ins and outs of bail
https://www.themarshallproject.org/2020/10/28/the-ins-and-outs-of-bail
2. Mass Incarceration: The Whole Pie 2022
https://www.prisonpolicy.org/reports/pie2022.html
3. There are two different types of accounts for inmates
https://www.somersetcounty-me.org/images/pdfs/Updated_Inmate_Account_Information.pdf
4. Reentry trends in the United States
https://bjs.ojp.gov/content/pub/pdf/reentry.pdf
5. Notice On Information Collection for the CDCR Public Website
https://www.cdcr.ca.gov/privacy-policy/
6. Trust fund/deposit fund manual
https://www.bop.gov/policy/progstat/4500.12.pdf
7. Frequently Asked Questions Regarding Inmate Funds
http://www.dc.state.fl.us/ci/funds.html
8. Frequently asked questions
https://www.tdcj.texas.gov/faq/comm_trust.html
9. Send money
https://www1.nyc.gov/site/doc/inmate-info/send-money.page
10. Sending money from a correctional facility to an inmate
https://doc.nv.gov/Inmates/Inmate_Banking_Services/Facility_Money/
11. The multi-million dollar market of sending money to an incarcerated loved one
https://www.prisonpolicy.org/blog/2017/01/18/money-transfer/
12. How Much do Prisoners Make in Each State?
https://onlinedegrees.kent.edu/sociology/criminal-justice/community/how-much-do-prisoners-make-in-each-state