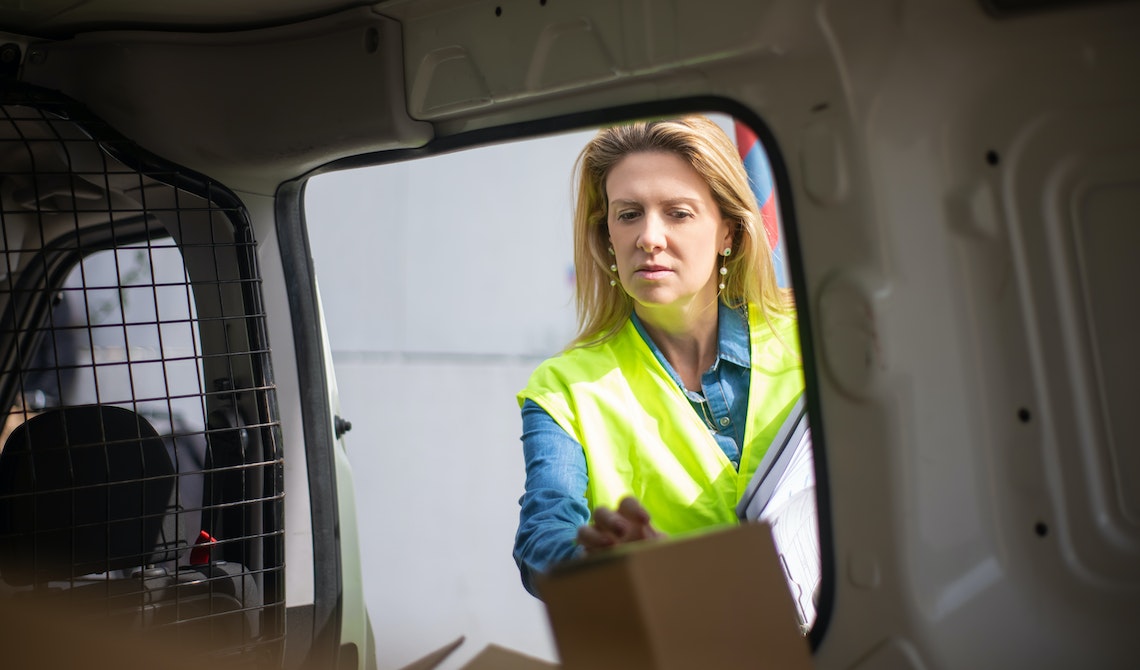 Corrections agencies in the United States sometimes bar family members of incarcerated individuals from bringing the inmate packages during visits. One main objective is to prevent drugs and weapons from entering jails and prisons throughout the U.S.

Hence, inmates’ loved ones must send packages with gifts like food and clothing through private vendors.

Many incarcerated Americans do not receive prison care packages during the holiday season. However, Los Angeles County jails provide “gift packs” to prisoners during the winter holidays.

In 2012, Access Securepak reported yearly sales of over $375 million from care packages and commissary and technology programs. Meanwhile, in 2014 the company offered over 125 custom package programs throughout the U.S.

You can send an inmate care package to one of the approximately 2.1 million individuals in federal and state prisons and local jails. However, the process may be challenging due to the thousands of U.S. penitentiaries, prisons, and jails with different policies on inmate packages.

Lookupinmate.org is a one-stop site where you can access helpful information regarding inmates and correctional facilities throughout the U.S. If you wish to know more about inmate care packages, read on.

Historians generally believe the Cooperative for American Remittances to Europe (CARE) sent the first “care packages” to displaced Europeans in France in 1946.

The organization repurposed the U.S. army’s “10-in-1” food rations for one full meal. Such rations included:

The NYSDOCCS’ new policy only permitted friends and family to send two non-food care packages to their incarcerated loved ones yearly.  They could only send the care packages through the U.S. postal service, United Postal Service (UPS), and Federal Express (FedEx).

Before sending inmate packages, you should know some critical information to avoid prison violations. Examples include:

The Basics About Inmate Care Packages

Experts generally consider the first “care packages” to be the ones the humanitarian organization CARE distributed to World War II refugees in France in May 1946. Today, individuals can send care packages to incarcerated loved ones to provide home-like comfort.

You can send items for events like birthdays, holidays, and special occasions. Examples include restaurant-style meals and high-quality snack brands. These items can help support your incarcerated loved ones when they need them.

You may also send personal items through a property package program.

Inmate care packages can provide a safe, convenient, and powerful way to provide loved ones with the support they need while incarcerated. It demonstrates that you are constantly thinking about them.

Research suggests that support of inmates from friends and family may help prevent recidivism or offenders from returning to the U.S.’s correctional system.

Recidivism is a fundamental concept within criminal justice. The term refers to an individual’s relapse into criminal behavior, frequently after they receive sanctions or experience intervention for a previous crime.

An Urban Institute study on recidivism suggested that the family is possibly the greatest resource in an inmate’s re-entry plans into society. Families can be a crucial source of:

Hence, you should seek ideal solutions for sending food packages and other inmate packages, as inmates’ friends and family can experience challenges connected with their loved ones “behind bars.”

You should seek inmate package providers offering trust and confidence that a correctional facility has approved. Then you can have confidence the inmate will receive the package.

Look for companies with a convenient online ordering process that is relatively fast and easy. Furthermore, you should search for a customer service team to help with any questions or concerns about your order.

How to Order for Inmates From a Commissary

While the process may differ based on various factors, the general process that can apply to orders from a commissary for a California inmate includes:

The inmate can typically order commissary items directly through the jail facility via options like an inmate trust fund account.

An inmate trust fund provides safekeeping of their funds, which the individual may have access to, yet not physically control while in confinement.

However, suppose an inmate has debt on their account. In that case, they will likely be unable to receive commissary items through SecurePak.

In addition, the correctional facility may require the individual to release debt information directly to their loved ones.

SecurePak is a one-stop shop for inmates’ loved ones to send gift packages. The order may not count towards the inmate’s weekly commissary allowance.

Inmates may be limited to a weekly amount, such as $100, which they can purchase through SecurePak. They will also generally receive their package within a timeframe, such as 14 days.

Another critical issue is the company’s delivery schedule so you can estimate when the inmate will receive a package.

One factor to consider is that SecurePak may make necessary changes to products based on factors like:

Inmates’ loved ones can order by providing information such as an inmate’s:

You should research the accepted methods of payment, which may include options like:

You should also research issues like when the vendor charges your card after making the order. You can select web browsers such as Google Chrome and Mozilla Firefox to locate more pertinent information on this service.

Before sending quarterly or monthly packages to an inmate at a particular correctional facility, research the current state, county, or city policy regarding such care packages.

Since 2003, the California Department of Corrections and Rehabilitation (CDCR) has contracted with various statewide and national companies to provide inmate packages. The CDCR has established a vendor list for such purposes.

Individuals may wonder whether they can send footwear like athletic shoes to loved ones who are serving in correctional facilities.

Different states may impose particular rules regarding shoes in inmate care packages. For example, a prison or jail may bar shower shoes or slippers from inmate packages.

Meanwhile, jails and prisons may enforce limitations on shoes used in the facility. For example, correctional facilities may bar shoes with metal supports known as shoe shanks.

How to Send Packages to Inmates

Due to security issues in jails and prisons, the ability of friends and family to send care packages to inmates may be impossible.

The process for sending a package to inmates in a particular state like California has similarities. However, you should research the protocols for particular jurisdictions, such as ones in the CDCR.

One should also research the particular address for sending a care package to a particular correctional facility, such as a post office box (p.o. box)

The CDCR has established approved vendors for completing order forms for care packages.

Moreover, prisons often develop contracts with particular care package providers. Loved ones can contact such companies to send a care package to inmates.

What Items Can One Send Through Inmate Packages

The rules and regulations differ for various judicial jurisdictions. So you should contact prison management to learn how you can send care packages to inmates.

Most jurisdictions only allow prisoners to receive one package per quarter. You may also have to send a care package from an approved package provider. If you pick a non-approved company, the prison will more likely prohibit it from delivering the package.

Contents of Care Packages for Inmates

Each item a company includes in the package must meet prison regulations. The items can range from everyday items to entertainment products. A care package can include food items such as:

It can also include personal hygiene items such as toothpaste, shampoo, and deodorant.

How to Order Packages for Inmates

Some package services allow individuals to automatically set up a recurring order that the company sends. Such orders generally include the same items.

Customers can also make special orders that the company does not include in their quarterly deliveries.

However, you should still review prison regulations before placing a special order.

When placing an order, individuals must generally input the inmate number or the correctional facility housing them. They can then select a care package approved for the inmate and facility.

The inmate can inform you about which items they require. Hence, you can customize your next order to meet those requirements. You can then typically track the care package’s order after placing it.

Lookupinmate.org can help you find inmates in thousands of U.S. federal, state, and local jails and prisons to send care packages. You can search by jail name, jail type, or state to help locate an individual.

How Many Care Packages Can Inmates Receive?

You should review any restrictions for your particular state as they may vary.

For example, in California, the CDCR allows a 30-pound quarterly package every three months for Privilege Group A/B inmates. This group can receive four packages in one year (one per quarter).

Meanwhile, the CDCR allows a 30-pound annual package for Privilege Group D inmates. This group only receives one package per year.

You should research whether particular judicial jurisdictions currently permit certain care packages, such as quarterly packages. States and counties may periodically alter their policies.

Other Ways to Show Love to Inmates

Besides sending care packages to inmates, other ways to show your loved ones you care for them include:

Talk about your fun and exciting times: This action may seem illogical at first since it may seem to make inmates regret they cannot participate. However, they can imagine joining you in these activities, which may help motivate them to stay focused until their release.

Share your small problems: Avoid serious problems since they may be depressing for the inmate. However, sharing that you have some common work, money, and family problems can show the inmate is not alone with problems. You can relate to them.

Remember their birthday: Prisoners may say their birthday is like every other day in jail, yet people like to feel special. You can send an e-card to celebrate the inmate’s birthday. You can also buy a birthday cake with the individual’s name on it and send them a photo.

Send several letters together: This action can make the inmate feel special. Besides typed or hand-written letters, you can also send printed memes and photos in envelopes. Store the envelopes in one place, then mail them periodically.

Keep them in your life: Besides sending care packages every quarter, you can send other items to incarcerated friends and family, such as letters. Such items can help keep the inmate cheerful and motivated to complete their sentence.

Share pictures of people and events: Inmates may have difficulty remembering life outside the prison walls. Pictures of everyday people, places, and events can give inmates a “vacation” from their current incarceration.