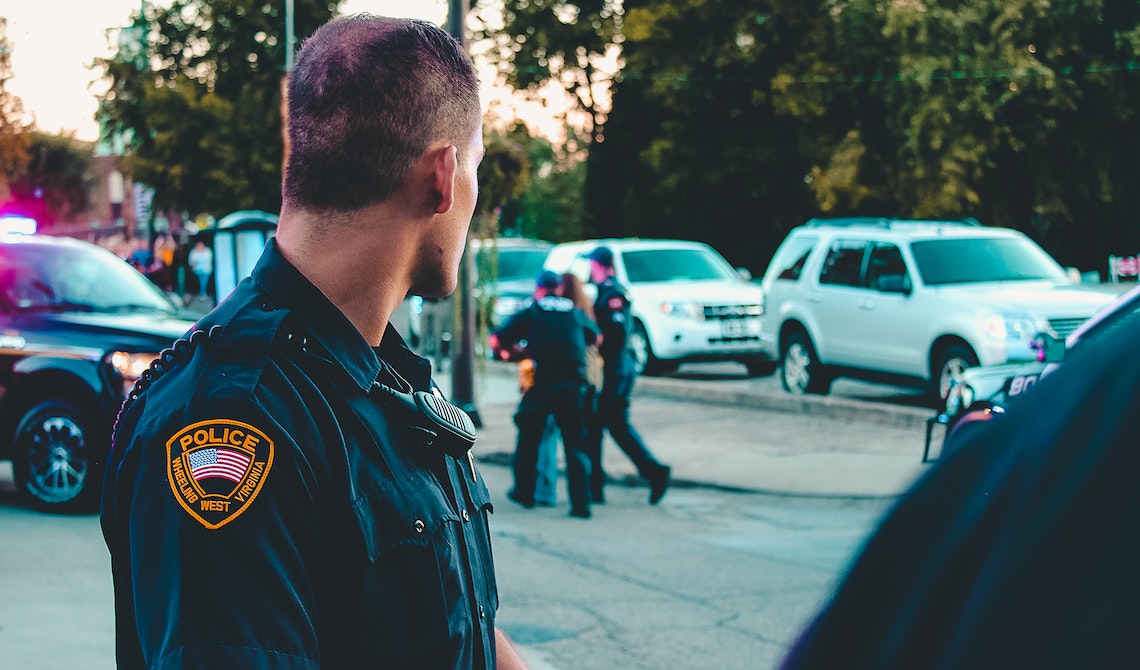 According to the Bureau of Jail Statistics (BJS) of the United States Department of Justice, 1,398,289 individuals were under probation in 2020. From this figure, 40,138 individuals got incarcerated with a new sentence, while 67,894 returned to jail under their current verdict.

This statistic shows that thousands of probationers still end up in prison again despite the opportunity and efforts to stay out of jail.

This article explains what constitutes a parole violation and whether a felony or misdemeanor probation matters in your case. This article also explores the different probation types, the probation officer’s role, and what ensues when your probation gets revoked.

Do you have a loved one on probation who returned to jail for a violation? LookUpInmate.org can help you search for that individual and their prison records. This online inmate records checker provides a convenient method to search for inmates across the U.S.

What Can Happen if You Get Convicted of Violating Probation? What to Expect When You Violate Probation in the U.S.

Probation is a penalty, which is often part of the overall sentence, imposed by the courts for a criminal conviction in various U.S. states. A full sentence typically includes probation, community service, fines, and jail time.

At this hearing, a prosecutor must persuade the court with a preponderance of the evidence (the weight, value, and credit of evidence from both sides) that you are guilty of a VOP.

The offender has no right to a trial by a jury of peers at a VOP hearing. Instead, a judge will decide the outcome.

Depending on the state, the following consequences can happen to an individual who violates probation for the first time:

What Controls the Consequences for Violating Probation?

The consequences you can face for violating probation will depend on the severity of your probation violation or how far you were in your term when you committed the violation.

The court can also ask your probation officer for recommendations when deciding on a penalty for your violation.

Can Your Record Be Expunged if You Violate Probation?

Expungement is the dismissal of a conviction from your record, allowing you to testify under oath that you are not convicted of the expunged crime.

However, if you violate your probation, you can lose eligibility to obtain an expungement for the underlying criminal offense at the end of your probation.

How Are You Sentenced for a Probation Violation in the U.S.?

In certain states, the judge decides on your sentence after you attend a probation revocation hearing. In such situations, the burden of proof for the prosecutor is lower than in a criminal trial.

The burden of proof is the standard that a party who is attempting to prove a fact must satisfy to establish that fact legally.

Rather than proving your guilt beyond a reasonable doubt, the prosecutor only needs to prove you have a higher likelihood of being guilty of the violation than innocent.

Fortunately, you have the right to offer a defense during the hearing. You can also provide evidence to the court and call in witnesses.

In California, courts allow you to present hearsay evidence during your defense. Having an attorney or assistance from a law firm can help you secure a favorable outcome for your case.

Do You Go to Jail Automatically for Violating Probation?

Defendants may prefer probation as an alternative to jail time. When jails and prisons get overcrowded, states can willingly grant probation.

However, probation requires more than keeping out of trouble for a specific period of time. Furthermore, a violation of probation is a serious charge that carries severe penalties.

When Are Probation Violations Least Likely to Result in Jail Time?

If you committed a probation violation, you are least likely to receive a jail sentence if:

Even with all these factors present, the judge still has discretion on whether or not to revoke probation and sentence you to jail.

Probation terms and conditions can vary by state. However, these terms usually include, but are not limited to, the following:

Meanwhile, probation violations can include the following:

The judge can increase your community service hours, impose stricter curfews, implement house arrest, or hand down other conditions that let you continue probation on stricter terms.

After a hearing, should the court determine that the probationer has violated their probation, the judge will consider the following factors when deciding the sentence:

What Are the Possible Outcomes During a Hearing? What Can a Judge Do at a Probation Violation Hearing?

Based on the details of the probation violation, a judge may hand out any of the following decisions:

Furthermore, the judge can impose the allowable maximum sentence.

What Are Your Rights at a Probation Violation Hearing?

In certain states, defendants at a probation violation hearing have some of the same rights that criminal trial defendants have. These rights include:

What Are the Legal Defenses?

A probation violation can lead to severe consequences, such as losing your freedom due to imprisonment, revoking your probation, or paying hefty fines.

A strong defense can help you achieve the goal of getting all probation violation charges against you dismissed or at least minimizing your penalties.

After the judge hears the prosecutor’s evidence that the offender violated the probation terms, the defendant’s criminal defense lawyer can present evidence telling the probationer’s story.

Defenses or arguments against a claim of a probation violation typically include:

Is the Penalty Decided at the Probation Violation Hearing?

How Do Probation Hearings Differ From Criminal Trials?

In probation violation hearings, judges decide the sentence. Such hearings do not involve a trial by a jury of your peers.

In a criminal trial, the state must prove that the defendant is guilty beyond a reasonable doubt. In contrast, a probation hearing only requires a preponderance of the evidence to determine the offender’s guilt.

How Common Are Probation Violations?

The most common violations in that state include:

Filing a Probation Violation Instead of a New Case

In a probation violation, the prosecutor only needs to prove that the offender is more likely to violate their probation than not.

Should the court decide that there is a violation, the judge can impose additional terms on the offender’s probation, including jail time.

If You Violate a Condition of Your Probation: Is There a Way to Reduce the Penalties for a Probation Violation?

For you to come out of a probation revocation hearing without additional penalties, the judge must determine that you are not in violation of your probation.

If the judge determines that you did not violate probation, you can proceed with your probation without any modifications.

Ask your lawyer for legal advice for more information on how to lessen the penalties.

With over 7,000 correctional facilities in the U.S., searching for a loved one incarcerated for a probation violation can take much effort and time. LookUpInmate.org is an online records checker that lets you search for jail records, judicial reports, and mugshots of inmates, all in one convenient online inmate search tool.

What Constitutes a Probation Violation?

The following are ways a probationer can violate their probation:

Violation of the Original Designation Period Ordered by the Court

A probationer commits a violation when they do any of the following offenses during the original probation period:

Should a probationer fail to appear for a court hearing, the court will issue a bench warrant for the offender’s arrest.

In case the probationer missed the previously scheduled court date, they must contact their attorney immediately. An attorney can help get the matter back on schedule.

A probationer who fails to report to their probation officer must attend a violation or desertion hearing. Depending on the specifics of the offender’s case, the hearing can result in any of the following:

What Are Technical Violations?

Technical violations of probation are relatively minor infringements of the terms of supervised release.

A judge typically sets the terms and conditions of supervised release when sentencing a defendant to probation instead of prison.

These terms and conditions depend on several factors, such as the underlying crime and the defendant’s criminal history.

Arriving 10 minutes late at a meeting with a probation officer or required court appearance can qualify as a technical violation. However, certain crimes are more severe and can result in a substantive violation, which warrants a probation violation hearing.

What Is a Probation Officer’s Role?

The officer can also enter the probationer’s home to confirm that the individual in question does not possess any illegal weapons or drugs.

How Is Hearsay Evidence Handled?

Hearsay is a piece of information you receive from other individuals that you cannot sufficiently verify or confirm if true.

Courts can admit hearsay statements as evidence in a probation violation hearing if the judge considers such statements plausible evidence.

In criminal trials, hearsay is usually not allowed as evidence because the individuals making such statements are not present for cross-examination.

What Happens When Your Probation Gets Revoked?

A probation revocation occurs when the defendant violates a condition or term of their probationary sentence.

When the court revokes the probation, the probationer may need to serve the remainder of their sentence in jail rather than under community supervision.

Important Documents to Bring to a Probation Orientation

An individual must bring the following documents to their probation orientation:

The following are the different probation types based on the offense an individual committed:

Summary probation is also called informal or misdemeanor probation. This form of sentencing has generally relaxed conditions and relies on the probationer’s self-supervision, especially since the offender is not required to meet their probation officer regularly.

Common conditions under summary probation include the following:

How Does Misdemeanor Probation Work?

When the court orders probation for a misdemeanor conviction, this probation allows a convicted offender to stay out of custody entirely or reduce the length of their time in custody.

An individual on misdemeanor probation typically does not report to a probation officer. Instead, the probationer appears in court for occasional progress reports.

During these court appearances, the judge determines whether the individual complies with the probation’s terms and conditions. If not, the judge can schedule a probation violation hearing.

How Serious Is a Violation of Informal Probation in the U.S.?

Individuals under informal probation have more freedom than those under formal or felony probation. However, probationers violating the rules can face severe penalties.

The duration of misdemeanor probation can range from one to five years, depending on the nature of the underlying crime, prior convictions, and prior violations.

For How Long Can Misdemeanor Probation Be Required?

Individuals convicted of a felony and are fortunate to be placed on probation are assigned to a strict form of supervision called formal probation.

In certain states, judges must order a probation report before sentencing the felony offender to probation.

The county’s probation department compiles this report and considers the defendant’s criminal record and the details of the alleged felony.

Felony probation can last for three to five years. Those facing such probation must regularly report to a probation officer.

Probationers are usually subjected to stricter conditions than the common terms under informal probation. Common conditions the court will assign for felony probation include the following:

What Happens When One Gets Sentenced to Felony Probation?

When the offender gets released from jail and placed on felony probation, they must report to the probation office or department for supervision.

The offender must accomplish this task within 48 hours or within the time frame specified by the court for orientation.

Does It Matter Whether the Sentence Is Misdemeanor or Felony Probation?

Judges usually consider this difference when deciding how to penalize an individual who violated probation. These judges may consider someone on felony probation as having a higher risk to the public.