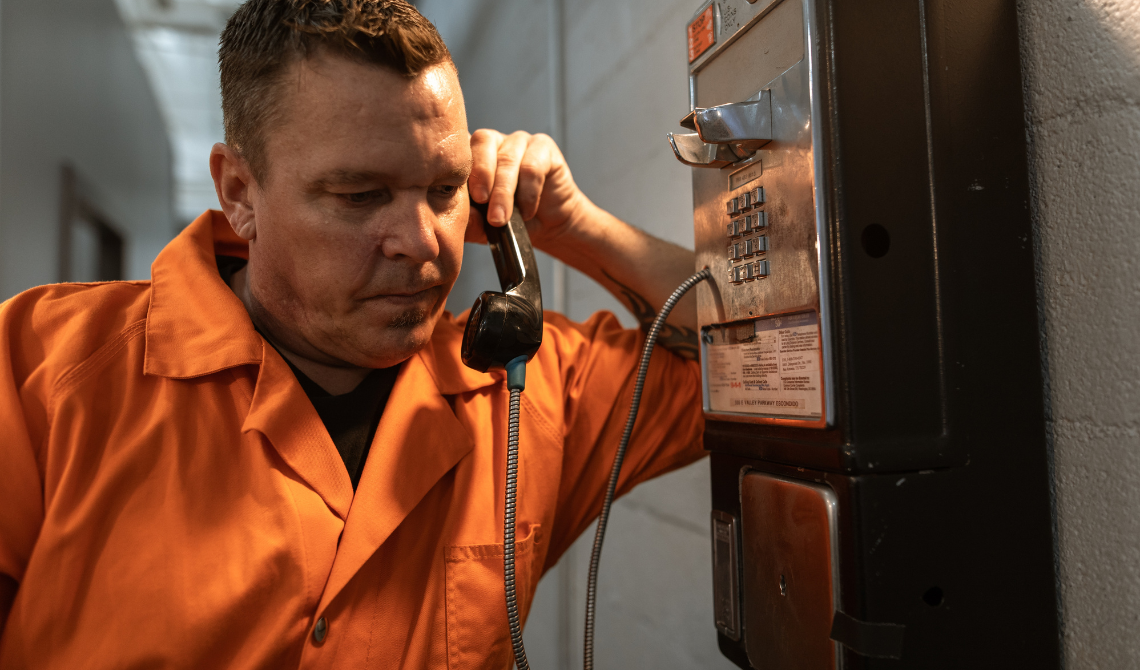 Suppose you have a family member who is in jail or prison. In that case, you may be familiar with the difficulty of maintaining the line of connection between families and their loved ones.

Phone calls are essential lines of connection for many inmates in America. However, in some county jails or state prisons, inflated costs of telephone services have hampered inmate access to their loved ones.

Pricey telephone calls from correctional facilities may be one of the most significant reasons inmates do not call their friends or family members.

According to one survey, 69% of respondents said that calling costs were the most challenging constraint when keeping in contact with an incarcerated family member.

More than one-third of those survey respondents went into debt due to phone and visitation costs. Communication with loved ones while in a correctional facility is critical for the inmate’s success after release.

Communication is also important for the well-being of the inmate’s family members, especially their children.

Phone calls are one of the primary ways incarcerated individuals communicate with family members who live long distances. This preference has been especially true since the COVID-19 pandemic in 2020.

For instance, one study noted that across the country, inmates in jails spent 8% more time on the phone for over three months in 2020 than in the same timespan in 2019.

Suppose you lost contact or received fewer calls from your loved one in jail or prison. In that case, you must understand how the prison phone system works and how private phone companies may influence the frequency of inmate calls.

Aside from expensive call rates, a sanction for violating rules is an equally important reason why inmates do not call their loved ones. As a form of penalty, correctional staff may restrict the phone use of an inmate.

At our website, lookupinmate.org, we can provide you vital information to help assist you with such issues and provide you with a tool to search for an inmate. We have gathered all this critical information and links to relevant websites to help you with your search.

Things That Affect an Inmate’s Ability to Make Phone Calls

Other reasons for why an inmate would not call include:

Inmates are free to use communication devices to correspond with their loved ones. These devices work through banks of three to four landline phones shared by groups of inmates. Usually, the amount of time for an inmate’s telephone use is 5 to 15 minutes.

However, federal courts hold that inmates do not have the constitutional right to purchase unregulated phone services.

Inmates can call telephone numbers on their approved list that recognizes collect calls. In a collect call, the called party shoulders the expense of the call.

The two major national companies competing for contracts in the correctional telecommunications industry are Global Tel*Link (GTL) and Securus.

Usually, an inmate can only make a call to a phone number on their official phone list. This list may contain up to 30 phone numbers.

The associate warden may permit the inclusion of additional phone numbers to an inmate’s phone list based on the inmate’s specific circumstances, such as family size.

After the inmates finish the intake process, they can submit a list of telephone numbers. If the inmate cannot remember your number, it may be because you are not on the list.

One of the most likely reasons family members cannot receive a call from a loved one in jail is that they only have a cell phone. Cell phones cannot recognize collect calls.

Inmates have 300 minutes of phone access per calendar month and are mainly responsible for how they use their phone time. However, correctional facilities can grant additional time for a good cause.

All correctional facilities have a fixed period for inmate calls. In general, depending on the type of facility, the penitentiary staff allows access to inmate telephones sometime between 8 AM to 11 PM.

Typically, inmates cannot make outgoing calls until the morning roundup is over. If there are issues, staff may delay phone use in the correctional facility.

Why Do Inmates Lose Phone Privileges?

There is no legal prohibition against limiting inmates’ phone privileges.

Federal courts have ruled that inmates have a First Amendment right to telephone access. However, this right is subject to reasonable prison management and security constraints.

For example, correctional staff may restrict an inmate’s phone use to punish insubordination and bad behavior.

How Can You Tell If Someone is Calling You From Jail?

Telecom companies differ regarding how called parties can receive a call notification.

Typically, suppose an inmate is calling you from jail. In that case, you may receive a pre-recorded message stating the facility where the call is coming from and the inmate’s name.

When the message is over, you may choose to accept or decline the call.

Does Everyone Get a Phone Call From Jail?

An inmate who intends to have phone privileges must prepare an initial phone numbers list during the intake process.

At the time of submission, the inmate must acknowledge that the individuals on the list are willing to receive the inmate’s phone call.

Reducing the Cost of Inmate Calls

One way to lessen the cost of contacting an individual in jail or prison is to reduce the amount of time you spend on the phone with that person and the frequency you call.

It is essential to know that making one extended phone call once a week is less expensive than making several short calls each day. Private phone companies may charge a connection fee for inmate calls.

Moreover, you can reduce the cost of your calls by having a number that is local to the institution.

Long-distance calls through phone providers can drive up the cost of inmate calls. If you can create a local number, you can save a lot of money.

Due to a lack of market competition in the prison telecom industry, incarcerated people and their families frequently face unreasonably high phone bills.

You can file a complaint with the Federal Communications Commission (FCC)  if you think a prison telecom service provider has overcharged you or a family member.

It is critical to have proper intake and classification procedures to safeguard the jail and guarantee adherence to legal requirements and individual rights.

Correctional staff classifies inmates to some extent during the assignment of inmates’ housing units. For instance, housing units have varying levels of custody or surveillance that the jail or prison staff believes to be suitable for specific inmates.

The correctional staff can observe and classify the inmates into their proper categories.

The intake and classification process may result in the inmate’s permanent assignment to one location. The procedure may also decide the rehabilitation treatment the staff may administer following what the panel thinks is the root cause of the inmate’s crime.