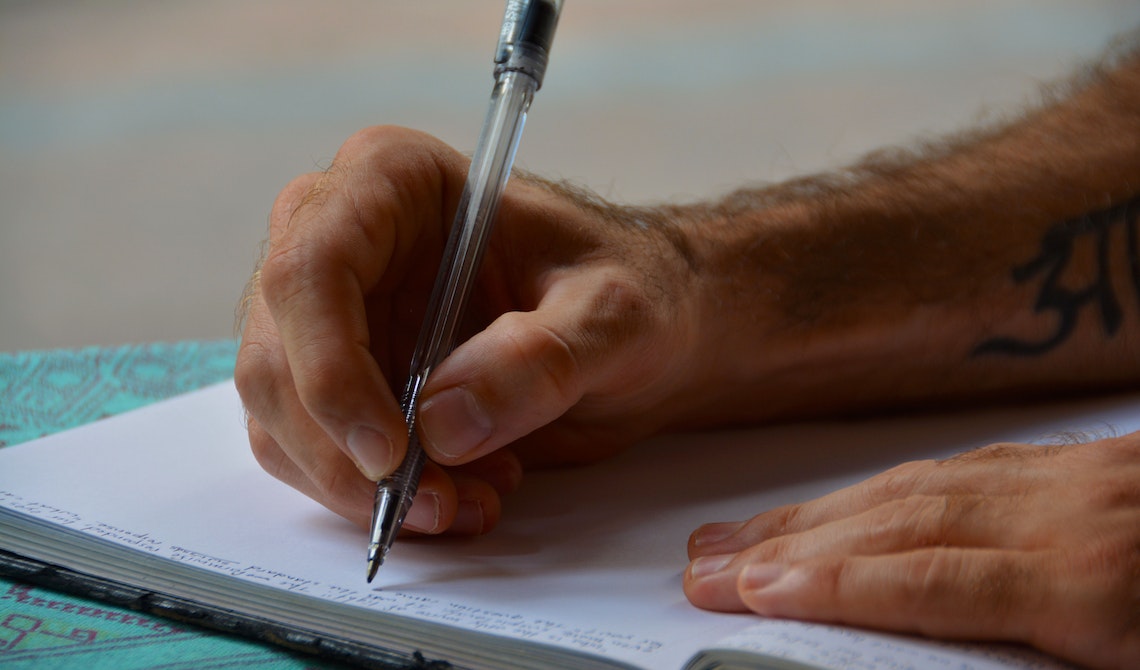 National statistics show that approximately 0.7% of the United States’ population is incarcerated or “behind bars.” Supporting a loved one serving as an inmate in a federal penitentiary or state prison can involve various actions, such as writing a support letter to a parole board.

Individuals such as family, friends, and coworkers write parole support letters. These individuals write the letter to parole boards to strengthen the argument that board members should grant parole to the prisoner.

Our website, lookupinmate.org can help you with the challenges of searching for inmates in a federal or state prison, such as California, New York, or Texas. We collected vital information from essential websites to improve your search.

When writing a parole support letter, you are not required to use an official format. However, the letter should be detailed, honest, and organized. Here are five steps to help write your letter of support:

Step 3: Explain your relationship with the offender and why they are unlikely to violate parole conditions or re-offend.

Step 4: Explain how you would support the prisoner’s rehabilitation.

You can also find online letter samples to help guide you on the letter’s form and content.

Parole support letters must include proper formatting, so the parole board will  likely take them seriously.

Ensure that you type the support letter on a plain white piece of paper.

A personal letterhead is not required. However, it is advisable to write in a professional capacity.

On the top-right side of the letter, include the date when you are writing the letter.

An example of the greeting or salutation of the parole support letter is:  “Dear Honorable Members of the Parole Board:”

Use correct capitalization. You should also include a colon instead of a comma at the greeting’s end.

Additionally, ensure that you align your greeting on the page’s left-hand side.

The first paragraph should also include the inmate’s full name and identification number, also known as their inmate number.

You should also add the parole hearing’s date at the beginning of the body of the letter.

Separate each paragraph with a single line between the first paragraph and second paragraph.

The paragraphs’ content should also affect how to format the support letter.

The closing should include “Sincerely.” or “Respectfully Yours.” On the following line of the page, include your full legal name. Align these two lines on the right-hand side of the page.

You should also ensure that the parole letter is well-written. For instance, it should be free of spelling and grammatical errors.

Proofread the letter slowly for correctness before you put it in an envelope and send it out.

In addition, you can ask a family member or friend to check the letter once or twice. Another option is to hire a professional proofreader.

Research the exact address of the parole board handling your loved one’s court case before addressing the envelope.

You can usually find the parole board’s address on the state government’s website. Another option is to utilize a search engine like Google to conduct this search by typing in “(state) parole board address.”

Like the letter, it is best to indicate the recipient’s address and your return address or PO box onto the envelope labels. You can also include your landline or cell phone number. Then attach these labels to the envelope.

What Content to Write in a Letter to the Parole Board

A parole letter’s primary goal is to persuade the parole panel that the prisoner can return to society without re-offending (committing another crime).

Here are some ideas to include in your letter of recommendation for a parole board:

Relationship With the Offender

When writing on behalf of an inmate, explain who you are and your relationship with the incarcerated person. Include details such as:

Be as specific as you can. It is best to show you know the offender well enough to make a statement on their behalf.

A parole board is more likely to approve an application of a person that has altered their behavior and improved their life. This situation includes first-time and repeat offenders.

Add any evidence you have. Examples include if the inmate is undergoing therapy and pursuing education.

If the parole board grants parole, the parole officer will continue monitoring the inmate’s behavior. Hence, parolees must follow the parole conditions the parole commission establishes.

Whether you are a potential parolee yourself or a supporter, avoid excusing or minimizing the offense. In addition, avoid stating or implying the individual is innocent.

Parole boards are more likely to approve parole to individuals that take responsibility for offenses. Suppose you deny the offender is guilty, doing this may reduce the chance the parole board granting the offender an early release.

A person with solid support systems may be less likely to re-offend after early release. The parole board may search for a supportive family and friends that the prisoner has outside the prison.

Your letter of support should expressly state how you will help the inmate when they leave prison through support networks. Examples include providing the person an apartment or potential employment and financial support as they reenter society.

Avoid including untrue statements or improbable predictions. For example, do not state the inmate has a job or place to stay unless it is true. You can use resources to find a job or housing for the early-released inmate.

However, incorrect information in the support letter may cause the parole board to reject the application.

How to Address the Parole Board Properly in a Support Letter

Use Proper Formatting, Grammar, and Spelling

Use the style of a formal business letter for your parole letter. Check spelling and grammar. You can have someone proofread the letter if you are uncertain about your writing skills. Taking these steps can add credibility to your letter.

Use a formal and professional tone and avoid slang. Sign the letter after concluding it with “Sincerely,” or “Respectfully Yours,”

Leave one space above your typed full name to add your signature.

While you should sound professional, you should not necessarily use a letter template or hire a professional writer. Avoid writing a “form letter” and instead be sincere and write in your own words.

One option is to express emotions. You can show remorse about your crime and joy and excitement about an opportunity to be released outside of prison.

If writing on behalf of a loved one, explain to the parole board that you care for the offender and are eager to support them outside of prison.

Can You Email a Parole Support Letter?

Jurisdictions may accept parole support letters through email. The state prison system can provide specific information regarding where and how to send a letter.

What Should You Not Write in a Support Letter or Letter to an Inmate?

Prison officials will read your support letter. So, it is critical to avoid discussing:

You can also obtain legal advice before writing letters to state or federal judicial entities. Furthermore, it is important to consider asking for legal advice even if you are an inmate’s pen pal. Prisons may monitor such correspondence.

Who Can Write Parole Support Letters?

Anyone who can provide truthful, positive feedback about an inmate can write a parole support letter. Examples include:

Ensure you write a parole letter when your loved one is ready to reenter society.

Why Precisely Should You Write a Letter of Support?

People write a parole support letter for various purposes. An example is to provide a compassionate release letter. Such letters request that a prison allow an early release for an inmate or shorten their sentence.

The letters added to case files may state reasons like a severe or terminal medical condition or an incapacitated (deprived of strength or power) spouse or child.

A well-written parole support letter from an inmate’s friend or relative can impact a parole board’s opinion regarding a particular inmate. However, the prisoner must also exhibit “good behavior” during their incarceration.

Displaying positive personal traits can help bolster the chance of the parole board granting their application. However, the board considers numerous factors when reviewing formal parole requests.

Here are some of the reasons a letter of support can produce a persuasive effect.

Describe the Loved One as a Good Person

A parole support letter allows you to chronicle your loved one as a person rather than an inmate or criminal.

For example,  you can include positive past experiences with your friend or family member. You can share situations when they exhibited positive character traits during their lifetime, such as:

After prisons release prisoners on parole, the offenders must adhere to the various conditions the board establishes.

You can use the support letter to explain how you and your close-knit group of friends or loved ones can function as a support network. Achieving this goal may help reduce concerns the parole board has about your loved one’s potential re-entry into society.

A 2005 study showed that less than half of parolees complete parole without violating a parole condition or committing a new crime.

Show That Your Loved One Will Better Themselves

A support letter can also show you have confidence that your loved one would use parole constructively. For example, you believe the released prisoners will become a better person and move forward in life.

It may be difficult to substantiate your claims about the inmate’s character and past experiences. However, it may help bolster your loved one’s situation by producing a written record in the form of a letter.

What Exactly Is a Character Reference Letter for Court Sentencing?

The letter’s salutation may include phrases such as “Dear Sir or Madam:” or “Dear Sirs or Madams:”

You may need to write a character letter for sentencing. The letter should ideally be a page long, and you should sign it.

The character reference letter should include information such as your relationship with the defendant, how long you have known them, and when you met.