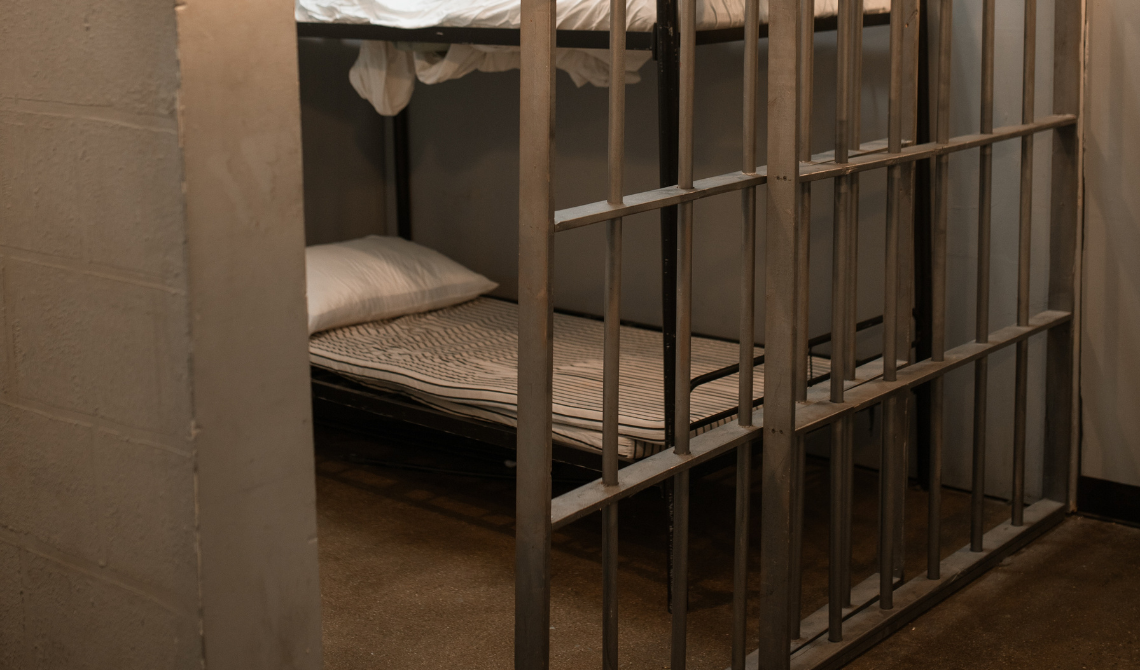 On January 26, 2021, Joe Biden, then the newly elected President of the United States, signed an executive order (EO) instructing the Department of Justice (DOJ) to phase out contracts with private federal prisons.

The executive order noted that the present mass incarceration system costs the United States a lot of money and does not make citizens safer.

A private prison (also known as privatized prison) is a for-profit correctional facility that houses incarcerated people at a state and federal level.

According to a Bureau of Justice Statistics (BJS) survey, there were 1,215,800 state and federal prison inmates in the United States in 2020.

The survey also showed that inmates in private correctional facilities are 100,151. This number of inmates comprises 8.2% of the entire state and federal prison population.

Private prisons also include detention centers such as immigration detention.

For example, the Immigration and Customs Enforcement (ICE) expanded the immigrant detention system by more than half during the Trump administration.

According to The American Civil Liberties Union (ACLU), ICE signed private prison contracts to open over 40 additional detention facilities at that time.

Lookupinmate.org is a one-stop site where you can access pertinent information regarding inmates and correctional facilities across the country. In this article, you will learn about private prisons.

Why Are People Talking About Private Prisons?

If you are a citizen, you may want to know whether the contract between the government and the private prison companies in the United States is worth the taxpayers’ money.

Also, you may want to know the advantages and disadvantages that private prisons can bring to the criminal justice system.

Overcrowding in prisons can cause state officials many legal, economic, and moral issues.

The aim of securing and humanely housing a large prison population has placed a considerable financial burden on prison operators.

The overcrowding in prison and the ensuing cost of maintaining inmate populations caused the emergence of prison privatization in the United States.

However, an increasing number of people today are pushing for penal reforms, with some calling for a re-evaluation of the private prison system.

Meanwhile, some groups demand an assessment of the cost-effectiveness of private prisons. Others want to know the effect of private-run prisons on inmates’ mental health and recidivism (the tendency of criminals to re-offend).

Prison privatization has a long history.  In the United States, “for-profit” prisons stretch back to nineteenth-century California.

Some sources say that private prisons in the United States have their origins in slavery.

In 1807, some privately owned prisons held enslaved individuals while the slave trade persisted after the ban on the importation of enslaved people.

However, contemporary for-profit prisons only started due to the social desire in the post-1960s to strip certain control functions from the federal and state governments.

Movements in the early 1960s were also motivated by a growing sense of frustration with the government’s failure to carry out its correctional responsibilities.

In the early 1980s, the imprisonment rate gradually rose for almost a decade, putting an economic burden on federal and state governments as they struggled to find solutions to massive prison overcrowding.

Some suggested that the mass incarceration of the 1980s was partly due to former President Ronald Reagan’s decision to intensify the War on Drugs.

In 1984, the privatization of prisons movement started in earnest when Hamilton County, Tennessee, and Bay County, Florida, signed contracts with the private sector.

In the same year, the Corrections Corporation of America (now CoreCivic), one of the major private prison companies in the United States, secured its first contract. The deal was for holding detainees for the Immigration and Naturalization Service (INS) in Houston, Texas.

Today, other corporate-run facilities are competing in the private prison industry.

Concerns regarding an inherent conflict between public and commercial interests arose due to the transition from a public prison system to one with a corporate component.

In 2016, the U.S. Department of Justice reported that privately-owned institutions do not provide standard safety and security to individuals in the federal criminal justice system, including the correctional staff.

In the same year, under the Obama administration, former deputy attorney general Sally Q. Yates issued a memo instructing the Bureau of Prisons to either decline to renew private prison contracts or reduce its scope consistent with law and the overall decrease of the inmate population.

The for-profit model of private prison companies can be problematic as their objectives do not always align with societal aims.

In recent decades, private prison companies have strengthened their influence over the U.S. prison system.

However, despite massive lobbying attempts by corporate actors, taxpayers have begun to protest the private sector’s aim of profiting from the criminal justice system.

Many citizens today protest the use of private prisons in the United States. Some see Biden’s EO phasing out federal private prison contracts to boost reforms.

In recent years, mass incarceration and systemic racial bias in the prison system have also intensified debates and discussions on the use of private prisons.

In 2021, the executive branch of the U.S. ordered federal government agencies not to renew private prison contracts. The executive order led to the exchange of many inmates between the county, state, and federal agencies.

For instance, BOP sent about 1,640 inmates at the Geo Group-managed Moshan­non Valley Correctional Center in Pennsylvania to government-run BOP facilities for the remainder of their sentences.

According to the Sentencing Project’s 2021 report, the federal government and 30 other states incarcerated people in private facilities.

How Many Private Prisons Are in the United States?

According to the Federal Bureau of Prisons (BOP), there were 1,677 adult correctional facilities in the United States as of mid-year 2019.

What Do Private Prisons Do?

The corporation goes into a contract with the government to profit as a private prison.

The premise for payment to the corporation should be in this contract.

The amount of payment may depend on the size of the prison, a monthly or yearly set amount, or, in most situations, the number of inmates in prison.

The Problem With Private Prisons

Unlike public prisons, private prisons report to boards of directors and shareholders.

The business model of private prisons implies private prison companies are responsible to their shareholders to ensure a profitable bottom line.

However, staffing prison management with incompetent correctional officers can result in higher infractions among inmates.

A study showed a positive relationship between private prisons and incarceration.

Government agencies may need to build new facilities to accommodate the inmates from private facilities.

A privatized prison system can become more challenging if the government does not address the issues.

For example, one study showed that private prisons have a more significant number of minimum custody detainees and a considerably higher prevalence of assaults on staff and inmates.

However, it is also essential to keep in mind that private prisons are accountable to and accredited by the Federal Bureau of Prisons. Also, these private facilities are answerable to the local, state, and federal government agencies.

There are few studies regarding the differences in isolation practice between private and public prisons.

One study on isolation in prisons showed that a private prison outperformed its public counterparts.

A correctional facility may place inmates in isolation or solitary confinement if they pose a danger to others.

Correctional officers must report the number of inmates they place in isolation.

The relative costs of public and private prisons remain a point of contention for advocates and policymakers.

Whether private prison contracts save money for the taxpayers is an unresolved issue.

Knowing how prison privatization saves the government money is difficult because there are no public prisons comparable enough to allow a direct comparison to the private prisons.

Measuring the quality of correctional services is a complicated matter.

However, the most insightful comparison would be between public and private institutions’ cost of providing an equivalent service of equivalent quality.

In light of the concerns above, relevant agencies should prepare a privatization policy that addresses critical concerns such as contract length, types of necessary private services, private facility acquisition options, performance criteria, and guarantees to public personnel.