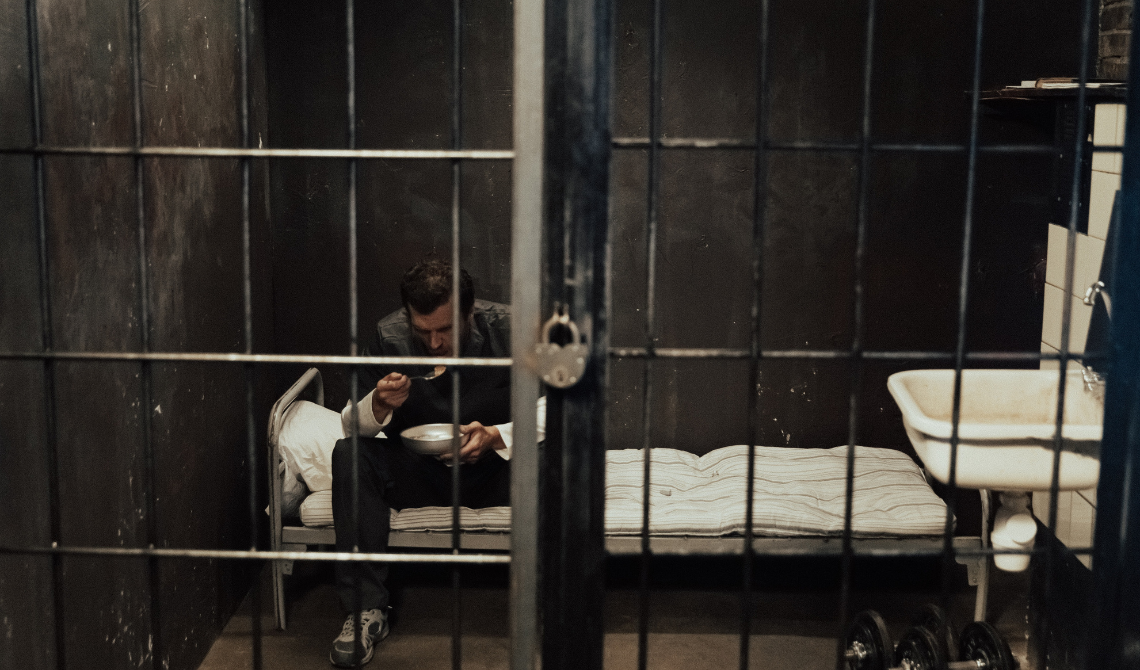 Philip Zimbardo, a Stanford University psychology professor in 1971, led an experiment to examine the psychological effects of authority and powerlessness in a prison setting.

A few decades after the experiment, Zimbardo noted that one of the significant implications of the Stanford prison experiment is that certain situational factors could significantly influence an individual’s will.

The Stanford prison experiment (SPE) maintains relevance in social psychology. To this day, SPE is a staple of contemporary psychology textbooks.

Suppose you are interested in social psychology and social science. In that case, this article intends to help you understand the implications and applications of Zimbardo’s significant psychology study of prison life.

Moreover, our website, lookupinmate.org can help you answer various questions regarding inmates and provides users a reliable search tool to find incarcerated individuals.

What Was the Experiment About?

According to Philip Zimbardo and Craig Haney (also a member of the SPE research team), the main point of the SPE is to examine how social contexts affect, form, and transform human behavior.

Specifically, the Stanford experiment aimed to demonstrate the potency of institutional environments’ influence on individuals. To this end, Zimbardo and his colleagues designed a simulated prison environment.

Zimbardo’s team initially planned to conduct a one to two weeks long experiment in the mock prisons they set up in Stanford University’s psychology department basement.

However, the researchers had to end the Stanford experiment on the sixth day because the “prison guards” subjected their peers to severe and dehumanizing treatment.

What began as a role-play of prison life ended in an approximation of real-life prison experience.

Professor Christina Maslach, a Stanford graduate student during that time, found the abusive behavior of the “prison guards” disconcerting and persuaded Zimbardo to end the prison study early.

In his book The Lucifer Effect, Zimbardo reflected that another critical insight the Stanford prison experiment provides is that institutional power can trump individual will.

Who Were the Participants?

The SPE research team picked 24 male college students from more than 75 applicants who responded to the team’s ad.

Thus, the researchers’ study of prison life began with an average group of healthy, intelligent, and middle-class college students.

The mock prison guards wore anonymity-promoting sunglasses to avoid eye contact with the “prisoners” to make the study more realistic.

The Palo Alto police also agreed to work with the SPE researchers to improve the experiment’s realism.

On August 14, 1971, the Pala Alto police “arrested” the mock prisoners in their residences and charged them with robbery. After which, the police drove the “prisoners” to the police station to take the “prisoners” fingerprints, strip search them, and give them new identities.

What Did the Stanford Prison Experiment Demonstrate?

The Stanford prison experiment showed the potential of social environments to distort personal identities and long-cherished beliefs and morality.

The SPE’s conclusion demonstrates how a specific social context can induce a range of research participants to conform, obey, and do things they never imagined they could do before.

Zimbardo lists the following psychological factors that induced the transformation of the SPE participants:

In contrast to Stanley Milgram’s (1974) study, which focused on individual compliance in the face of increasingly unjust orders from an authority figure, the SPE examined the effect of conformity pressures on individuals within an institution.

What Was Learned From the Stanford Prison Experiment?

Zimbardo listed some takeaways from the Stanford Prison Experiment:

Based on the many lectures, textbooks, and feature-length films about the Stanford experiment, individuals readily fit into social roles, which demonstrates the power of situations.

Together with Stanley Milgram’s study on obedience to authorities, the SPE findings have shaped the contemporary public’s understanding of the psychology of tyranny and evil.

However, several studies indicated an alternative interpretation of the Stanford prison experiment.

For example, one research noted that identity leadership is a better explanation than situational forces for how the mock correctional officers behaved in the SPE.

Criticisms of the Stanford Prison Experiment

There have been some criticisms of the Stanford prison experiment since its conclusion.

The following sections deal with alternative views on and criticisms of the Stanford prison experiment:

The Scientific American asserted that the Stanford Prison Experiment had no ethical control.

For instance, Zimbardo assumed the job of prison superintendent and instructed the mock corrections officers to acquire control of the mock prisoners. He even urged the inmates to beat up on the guards in some circumstances.

In 2018, one study raised two ethical concerns regarding the SPE.

According to the study, the first ethical issue was the inability of the volunteers to leave the experiment. The second was the researchers’ failure to offer proper oversight and intervene to restrict the maltreatment of the convicts.

Zimbardo himself said that the experiment was ethical because it followed the guidelines of the Human Subjects Research Review Board at the time.

However, Zimbardo also said that the Stanford experiment was unethical because it led to the participants’ suffering. Also, the SPE allowed specific individuals to dehumanize and inflict harm on their peers for an extended period.

For example, during the experiment, “prison guards” put one “prisoner” in solitary confinement for three hours, although the guards’ own rule stated one hour was the limit.

Other critics contend that the study is not generalizable for various reasons.

Erich Fromm, a German social psychologist, may have suggested that the SPE lacks generalizability.

The results can also be challenging to apply to a larger population due to the unrepresentative sample of participants, which were mainly white and middle-class males.

Zimbardo countered criticisms about the generalizability of the SPE by saying that there is value in a “psychologically functional equivalent” of real-life experiences.

Zimbardo referred to the relevance of context-specific experiments such as the Stanford prison experiment. Furthermore, he cited real-life incidents that appeared to parallel the SPE.

Critics also criticized the SPE for its lack of ecological validity.

According to the APA, ecological validity means the degree of realism with which a simulated experimental setup matches the real-world scenario it tries to imitate.

During experimentation, the SPE researchers sought to replicate a prison environment.

However, they were also aware that it is impossible to replicate all environmental and situational elements in a jail.

The SPE results may not accurately reflect what occurs outside the laboratory because the setting and context may have influenced participants’ actions.

Recent investigations into the experiment’s archives and interviews with participants may have shown flaws in the study’s design, methods, and processes, casting doubt on the study’s validity, utility, and even authenticity.

In 2002, the British Broadcasting Corporation (BBC) broadcasted a documentary series about a study similar to the SPE.  The BBC prison study arrived at a different conclusion compared to the SPE.

For example, the mock prisoners worked together to oust the faux correctional officers. These “guards” were conflicted about their responsibilities in the first place.

As an important note, the experimenters had accountability since the BBC prison study had an ethical committee that oversaw the experiment to ensure it did not go out of hand.

The American Psychologist published an essay in 2019 refuting the Stanford Prison Experiment, demonstrating its lack of scientific quality and noting that it was “an incredibly flawed study that should have died an early death.”

In a statement on the SPE’s official website, Zimbardo argues that the objections above do not invalidate the study’s result as situational variables can positively and negatively influence individual actions.

Another criticism from the New Yorker asserted that the SPE’s message is not that any random individual can slide into sadism and dictatorship. On the contrary, these incidences are due to particular institutions and social demands.

The Stanford experiment has demonstrated the power of “bad” systems in contrast to “bad” person narratives of atrocities like those at Iraq’s Abu Ghraib prison.

The SPE has also impacted music, film, and art.

For example, the Stanford prison experiment was the subject of a feature film named The Stanford Prison Experiment in 2015, which depicted the circumstances of the 1971 experiment.

You can also find the Stanford prison experiment summaries in dozens of handbooks in psychology, sociology, philosophy, and criminology.

However, one of the most significant impacts of the SPE is its applicability to issues beyond the classroom setting.

For example, Zimbardo testified before a Congressional panel looking into the causes of prison riots.

As a consequence of the SPE findings, then-Senator Birch Bayh developed a new rule for federal prisons mandating corrections facilities to house juveniles in pre-trial detention apart from adult offenders in order to prevent abuse.

The Stanford prison experiment also catapulted into the national conversation due to the similarities between the sadistic acts of the SPE and the Abu Ghraib guards.

The similarity between the two prison settings re-ignited a debate regarding the role of situational forces in dominating individual will.

The Stanford Prison Experiment situational analysis shifted the blame away from the character of an alleged “few bad apples” and toward systemic violations that were inherent in the “bad barrel” of that corrupted prison setting.

One of Zimbardo’s most recent efforts is to investigate the psychology of heroism.

Zimbardo is the founder of the Heroic Imagination Project, a program that studies heroic conduct and trains people in heroic behavior tactics. He has recently investigated the frequency of heroic activities and the variables that motivate people to act heroically.

In a 2011 article, Zimbardo states, “Some people argue humans are born good or born bad; I think that’s nonsense. We are all born with this tremendous capacity to be anything.”

For Zimbardo, negative behavior is not unavoidable despite the Stanford Prison Experiment findings. Instead, humans can use difficult situations to benefit others.