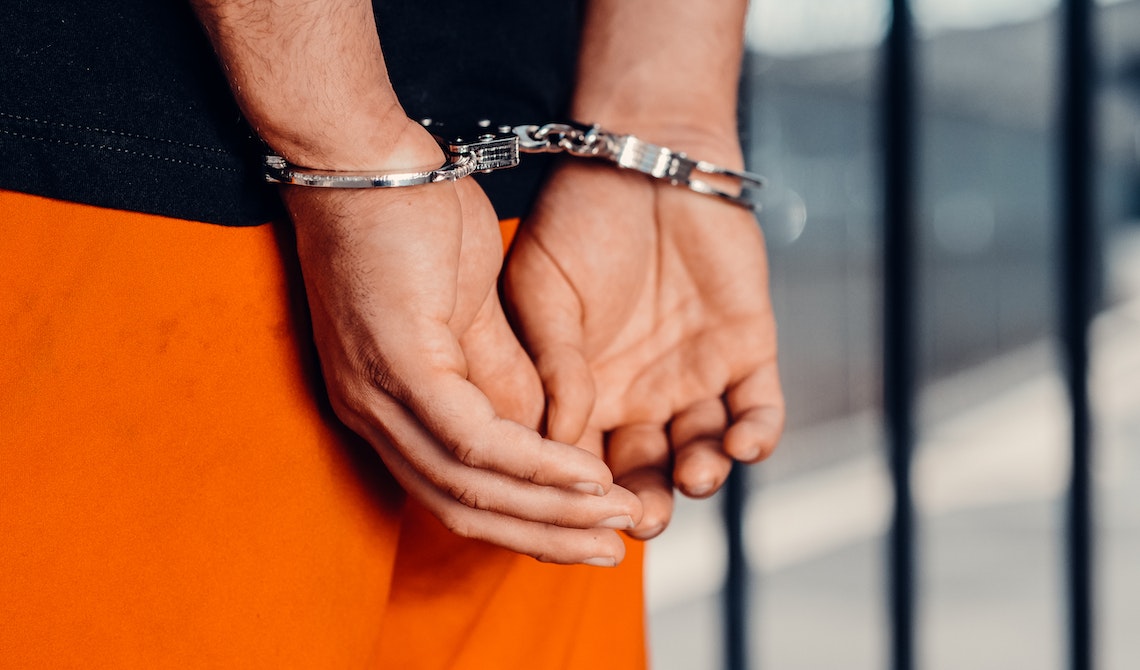 Over a year has passed since the Capitol riot in Washington, D.C., took place on January 6, 2021, but what happened to the people involved? Who has already been sentenced?

Many questions linger in the American public’s minds about the events surrounding this attack on the U.S. Capitol building that gripped the nation’s heart for a day.

The rioters stormed the Capitol building and attacked authorities stationed there on January 6, 2021. The event happened two months after the U.S. democratic presidential election when Donald Trump lost his reelection bid.

The riot resulted in one of U.S. history’s largest investigations and prosecutions. More than 800 people were arrested for storming the Capitol, with 329 submitting their guilty pleas.

As the case progresses, some rioters will end up behind bars mainly due to felony charges. Most will get misdemeanor charges with lesser punishments.

If you need a way to check on inmates that have been incarcerated, LookUpInmate.org is a website that offers search options for people in need of inmate records. We offer easy access to inmate information in correctional facilities like federal, state, and military prisons, local jails, and immigrant detention facilities.

What Happened to the January 6 Insurrectionists Arrested After the Capitol Riot?

On January 6, 2021, rioters from all over the U.S. stormed the Capitol building in Washington, D.C., to interfere with the certification of votes by the U.S. Congress after the conclusion of the November 2020 presidential elections.

The mob, most of which were ardent supporters of former President Donald Trump, broke into the capitol grounds and vandalized offices and areas in the building.

The spark that ignited the riot happened after Trump delivered a 70-minute speech on the National Mall near the White House. The speech took place in the morning, and the text was used in the impeachment of the former president.

At 2:00 PM that day, rioters began to clash against the Capitol securities as they tried to break into the building and disrupt the ongoing certification of votes. The rioters outnumbered the security and their barricades.

The disrupters then stormed into the building. Windows and doors were damaged, and more than 100 law enforcement personnel were injured. The Senate and House members were notified about the breach and were slowly escorted for their safety.

The protesters broke into the rooms inside the Capitol, including the office of House Speaker Nancy Pelosi.

Vice President Mike Pence and his family were also at the Capitol when the riot happened. The security escorted them to an underground bunker and protected the rest of the staff.

The Capitol attack also caused injuries to the rioters and the security personnel. Unfortunately, five people died during the riot. Around 840 people were arrested for storming the U.S. Capitol and assaulting police officers. However, many rioters still await their sentences after a year of investigations.

At the writing of this article, about 185 people received their prison sentences and fines. Meanwhile, others are waiting for their trial schedule or making their plea agreements.

The offenses range from a misdemeanor to illegally parading or demonstrating in the Capitol to obstruction of justice and civil disorder.

U.S. judges presiding over the Capitol riot cases were hard in handing down sentences for those involved in the uproar. Sentences handed down in Federal court decisions range from home detentions, hours of community service, fines, and stiff prison terms.

Tanya Chutkan, a federal judge appointed to the U.S. District Court of the District of Columbia, stated that these acts would be met with specific punishments and that there must be consequences for the rioters’ participation in an attempted violent government overthrow.

Furthermore, she handed severe prison sentences as an appropriate punishment for the rioters’ role in disrupting the certification of then President-elect Joe Biden’s win in the November 2020 presidential elections.

The Capitol police tried to prevent thousands of rioters from inundating the building for more than five hours. Still, the mob breached law enforcement safety measures and managed to reach the Senate and the House Chamber.

The FBI or Federal Bureau of Investigation deemed the riot a form of domestic terrorism. The Bureau also believed that the rioters involved violent extremist groups and Trump supporters.

Hard punishment was handed down to some protesters and sharp reprimands for their attempt to disrupt a democratic process preceding an election.

Over Seven Years Behind Bars: The Toughest Sentence Yet for Any Capitol Rioter

The reason why harsh and stiff sentences were handed down, despite the remorse of the rioters, is that they attempted to overthrow the government through violent means and to stop a peaceful transition of power.

Aside from the disruption, the riots resulted in the death of five people, one of which was a police officer, which aggravated the entire ordeal.

Most sentences have been for low-level offenses. The most common offense is illegally parading or demonstrating in the Capitol, which is a misdemeanor.

The U.S. Constitution protects the First Amendment rights of the people. However, the police are responsible for protecting every individual’s public health and safety.

Any group can protest or demonstrate in front of the Capitol, but only after getting a permit on time.

The Capitol attackers assembled in front of the Capitol building did not have a permit. The protesters also attacked the police, storming into the building with force resulting in injuries and five deaths.

Because of the events’ gravity, federal prosecutors have offered plea bargains to the hundreds involved in the riots to lessen the time for trial and reduce the punishment of the defendants.

Judges doubt whether the charges filed by the prosecutors match the defendants’ misdeeds. Beryl Howell, the chief judge of the D.C. court, stated that the prosecutors have an almost schizophrenic approach due to the gap between the negotiated plea deals and the insurrection’s characterization.

Why Prison Time Surrounding the Riot Is Rare So Far

Out of the 250 people charged with serious offenses, namely impeding law enforcement and assault, only 85 are accused of using deadly weapons and causing severe bodily injury to both an officer and media.

Most severe cases were brought against the two extremist groups, the Proud Boys and Oath Keepers. They allegedly led the assault on the Capitol.

Most severe cases are centered on these extremist groups, while the rest of the attackers were given plea bargains, which seemed lenient for some.

There are many reasons that most rioters will not accept jail time. First is that most of the rioters were only charged with trespassing. Some judges tried aggressively to pin these people with more sinister suspects.

Washington D.C. is no stranger to acts of civil disobedience. So prosecutors and judges have difficulty charging the riot defendants with more serious crimes.

They have to weigh the situation and answer how much more punishment a rioting Trump supporter deserves compared to unruly protests that tried to disrupt congress in the Capitol in the past.

The Blue Is a Red Line

Though the courts are somewhat lenient to most rioters, those who have assaulted and attacked law enforcement have crossed the line and seen little mercy from judges.

Robert Palmar of Tampa, Florida, was sentenced to 63 months because of repeated attacks against an officer. He admitted to having thrown a fire extinguisher and a wooden plank. He hurled a metal pole like a spear to assault officers in the Capitol.

He was subdued when an officer shot him in the stomach with a rubber bullet. Palmer admitted to his crimes during his trials, hoping to reduce his sentence. However, because his social media posts claimed that he acted out of self-defense, his hopes for a sentence reduction vanished.

Judge Chutkan said he showed a lack of remorse for publishing a post that contradicted his statement in court. He received no mercy and was sentenced to more than five years in prison.

The judges of the January 6 riots seemed to have less tolerance for rioters who had assaulted the police, a blue line that protected the Capitol during the entirety of the unrest.

U.S. District Judge Royce Lamberth sentenced Devlyn Thompson to a 46-month prison sentence after being found guilty of assaulting an officer with a baton.

Thompson’s lawyers tried to cite him being an autistic person to lighten his sentence. Still, Lamberth stated that autism should not be used as an excuse for bad behavior.

Judges and U.S. attorneys all show their desire to get tougher with the sentences for the January 6 Capitol rioters. However, they need a combined recommendation from both the defense and prosecution.

Still, judges can push towards harsher sentences beyond the government’s recommendation, which will mean added scrutiny. Because of this, judges will primarily use this authority on rare occasions.

Reasons Judges Imposed a Harsher Sentence Than What the Government Recommended

Judge Chutkan stated that those who participated in the attempted government overthrow with violence must suffer the consequences.

Violence was indeed an issue as supporters of former President Donald Trump got into a fight with the police, destroyed windows, and barged into offices as they stormed the Capitol.

Because of the gravity of the riots, judges are looking into handing down harsher sentences to underline the severity of their actions.

Here are the people who have been sentenced to prison time in the January 6 Capitol riot. Note that the case is still ongoing, and the list may increase as the decisions from the court are made.

If you are looking for more information about inmates and their records in various prisons in the United States, search them at LookUpInmate.org.

Our website can help you gather vital information about inmate records in more than 7,000 correctional facilities in the United States.