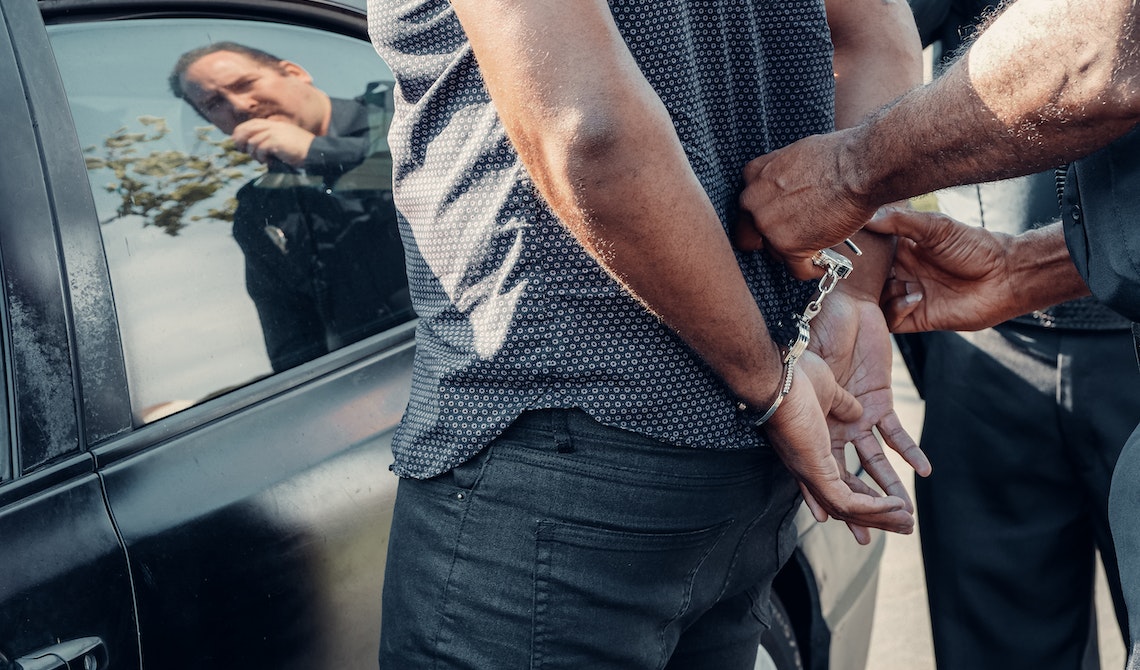 Suicide, or an attempt to end one’s own life, is a concerning matter. There are various reasons some people experience extreme sadness and hopelessness. Even reckless words can make someone hasten their time in this world by committing self-slaughter.

Is telling or texting someone to commit suicide a crime? Can you be prosecuted for inciting someone to self-murder? If you indirectly caused the end of life of an individual, will you serve some jail time?

This article provides an overview of the complexities of suicide cases and the surrounding legal issues that an instigator may face.

If you know someone who has been incarcerated due to cases such as murder, voluntary manslaughter, or incitement to suicide, you can visit LookUpInmate.org.

You can get inmate records and contact numbers of prisons nationwide through our website. Our database holds up to 7,000 prisons in the United States, including federal and state prisons, military prisons, local jails, and immigrant detention facilities.

Some jurists are concerned that the implications of telling someone to kill themselves may affect cases concerning free speech. However, in a personal injury case, the gist of the issue is whether the defendant’s statements or actions were enough to cause a person to commit suicide.

Proof that an individual committed suicide because of a person’s statements must be strong enough to convince the court of a criminal offense. Since there are nuances in this kind of issue, a body of evidence for lawyers is necessary to build a case to connect a person’s action or statement and a person’s suicide.

What Are the Penalties and Punishments for Making Someone Kill Themself?

There are various reasons for suicide. Many are convinced that people with suicidal tendencies struggle with mental issues such as anxiety, depression, and other more serious mental health conditions.

Sometimes, individuals with drug problems may show erratic behavior, possibly leading to suicide. Other situations, such as severe economic hardships or being immersed in debilitating stress, may tip the scale towards self-harm. We must consider these factors when understanding the cause of suicides.

On the other hand, people with such tendencies should seek help from health care professionals with years of experience in dealing with suicidal behavior.

In New York, promoting a suicide attempt can result in up to four years of imprisonment and a fine of up to $5,000. The elements of the crime are required to get proof without reasonable doubt that the victim attempted or committed suicide.

Furthermore, the accused’s actions must be proven intentional and aided someone’s suicide.

In the age of online harassment and cyberbullying, establishing these vile actions to the suicides of victims is not straightforward. In cases of this nature, the perpetrator may be trying to cause emotional harm to the victim. However, pinning the cause of a person’s suicide on the bully’s actual statement is difficult.

So, though cyberbullying is considered a criminal act, it is not as grave as promoting or encouraging suicide.

The defendants can do something to avoid legal charges for assisting someone in committing suicide.

Criminal defense attorneys can provide information on defending yourself from such charges. Here are some of the most common defenses for cases involving suicides.

A loved one’s death is a life-changing event that some people may not readily accept, especially if the cause of death is suicide. Grieving family members tend to find someone to blame, focusing their attention on people who previously had a conflict with the deceased.

Another defense is a lack of intent to assist, promote, or push someone to suicide. For one to establish a crime, there must have deliberate intent. The accused must purposely encourage a person to commit suicide.

If the connections between you and the person who committed suicide are not concrete, then it is hard to pin you as the cause of their demise.

The law states that aiding, advising, or encouraging a person to commit suicide is a crime if done deliberately. Acting “deliberately” means that the act done was with intention. In this case, there should be solid evidence that the defendant incited the victim to commit suicide.

A defense can be established if you did an act without any intent to promote suicide to another person.

Also, discussing suicide with someone before committing it is not a crime. The prosecution must establish intent before one can be implicated in suicide.

Even if you are talking about suicide or encouraging a person to commit suicide, you are not liable for any crime unless there is an attempt.

Prosecutors must prove that you acted deliberately and had malicious intent, resulting in the suicide of an individual.

Assisting, Advising, or Encouraging a Suicide

California Penal Code Section 401 states that deliberately aiding suicide or advising or encouraging someone to commit suicide is a crime. However, how does one assist, advise, or encourage someone to do such an act?

When an individual offers advice or encouragement to someone to commit suicide through email, text messages, and even calls, they are accountable.

However, there are cases where assisted suicides are made. These cases have a different legal issue, which is not similar to suicides caused by bullying and hurtful statements.

There are some cases where assisted suicide is treated similarly to euthanasia. However, the two terms are not similar.

Euthanasia is when a doctor ends a person’s life after getting consent from the family due to specific medical situations.

A doctor is allowed by law to end an individual’s life due to specific circumstances, such as being terminally ill while in excruciating pain. Euthanasia may be done voluntarily or non-voluntarily, depending on the situation.

Non-voluntary is when family members decide on behalf of their loved ones who are currently incapable of consenting due to severe medical conditions.

Mercy killing is ending the life of a person who is no longer willing to live. It is common in people with terminal illnesses with severe, chronic pain. Mercy killing is also called the “right to die” or voluntary euthanasia.

However, in the U.S., some states have already recognized the right to active voluntary euthanasia to face death with dignity.

When Is Assisted Suicide a Crime in the U.S.?

Assisted suicide is legal in some jurisdictions in the United States only if it is done by a medical professional and under strict conditions and legislation. However, assisted suicide becomes a crime in the U.S. if a non-medical person does it.

Is It a Crime to Text Someone to Commit Suicide?

Jokes may take on different interpretations without context. It is the same with conversations that can easily be misinterpreted.

In states like California, it is a crime for anyone to deliberately advise, aid, or encourage a person to commit suicide. You will be considered as someone who took an active part in the decision of a person to take their own life.

A case in Massachusetts offered jurisprudence on how the Supreme court reacts to cases of text messages urging people to commit suicide.

In July 2014, Conrad Roy died of carbon monoxide poisoning after locking himself in his truck. According to the case, the cause of his suicide is text messages from his then-girlfriend, Michelle Carter, telling him to “kill himself.”

As the investigations continued, Carter admitted that she did nothing despite knowing the truck’s location. Further investigations revealed that Carter pushed Roy to suicide.

After the case, Michelle Carter was found guilty and charged as a youthful offender. The case is an example of how volatile individuals with suicidal tendencies are. If left with people like Carter, their lives will not get better.

Since Michelle Carter was charged as a youthful offender, she did not get the maximum punishment applicable to adults in a trial.

Are There Related Offenses?

Other offenses related to the killing of another person include:

Murder is the intentional killing of a person. It has a malicious aforethought, which means a deliberate plan or desire to end the life of another human being. Murder can also be charged if a person seriously harms another person and, in the end, dies of injuries.

Attempted murder, on the other hand, is a failed or aborted attempt to murder a human being. The only difference between attempted murder from murder is that the victim does not actually die. However, the perpetrator has an intent to kill through premeditation.

Voluntary manslaughter is an intentional killing of another person in which the offender had no prior intent to kill. The accused initially did not have a desire to end someone else’s life. However, the course of the events led to a fatal outcome.

There are instances where individuals create a “suicide pact,” where they decide to commit suicide together. However, if one survives and the other dies, the survivor may be convicted of voluntary manslaughter.

Involuntary manslaughter, on the other hand, is unintentionally killing another person. These include fatal road crashes, accidents, or crimes caused by the heat of passion.

Murder is the deliberate killing of another person with malicious intent and is premeditated. However, suicide is a loss of will to live due to circumstances that disturb the mental stability of an individual.

People convicted of murder are continuously incarcerated or get maximum punishment in cases of serious offenses.

If you need inmate records in cases involving serious offenses, head to our website, LookUpInmate.org.

With our database of more than 7,000 prisons nationwide, we can provide you with all the information you need with one click.

How Does the Law Define Causing Homicide?

In criminal law, murder is the intentional, unlawful killing of another person committed with malice and intention to kill. Homicide, on the other hand, is also defined as killing another human but has justification, such as self-defense and other reasons that may mitigate the offense.

How Does the Law Define Assisting Suicide?

Assisting suicide is the act of a person actively helping another individual to commit suicide. In the case of euthanasia, only medical practitioners under strict legal conditions are permitted to commit mercy killings.

Is Suicide Itself a Crime?

Suicide is an intentional killing of oneself. If the attempt is successful, there is no one to punish so no criminal charges can be made. Some cases can be filed with attempted suicide.

However, most individuals with suicidal tendencies are subjected to therapy, psychological treatment, and care. An attempt to commit suicide is a highly emotional moment that requires a genuine desire to help and not condemn.

Suicide prevention begins with recognizing the warning signs and doing something about them. People with tendencies to self-harm must have an outlet for their emotions. Some organizations have a hotline and offer free consultations and counseling to anyone in need.