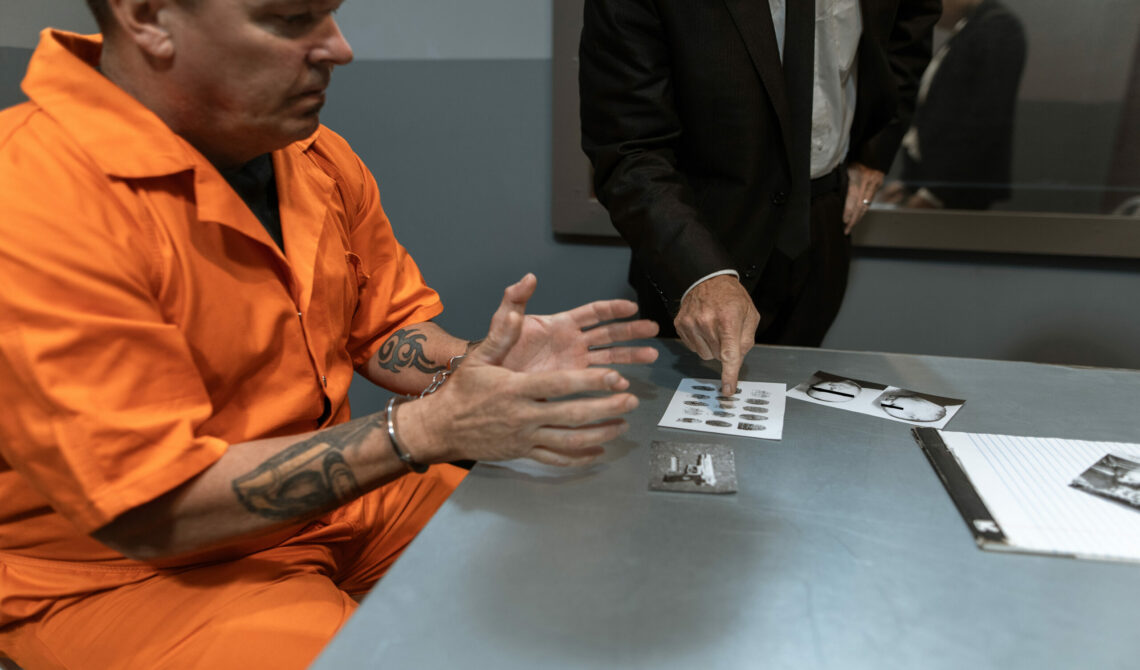 You may be familiar with several definitions and descriptions of “contracts” even if you are not a lawyer. However, there is a fair chance that you have never heard of the “parol evidence rule.”

In simple terms, the parol evidence rule refers to any terms or agreements not included in (extrinsic to) a written contract. Moreover, this rule belongs to a common-law tradition dating back to the end of the Middle Ages.

The original intent behind the rule was to prevent untruthful attacks on written agreements.

Suppose you sue a commercial entity for breach of contract. In that case, any oral agreements, negotiations, or conversations between you and your business partner that led up to the final agreement (usually in the form of a written document) are parol evidence.

You may read on if contracts and the parol evidence rule interest you. Our website lookupinmate.org can provide you with information regarding subject matters in contract law and contract disputes.

Everything You Need to Know Regarding the Parol Evidence Rule

However, even lawyers and judges differ in their understanding of legal concepts, so it is understandable when regular citizens get confused about the above topics.

The following sections include additional terms and examples to help you better understand the abovementioned terminologies.

What Is the Parol Evidence Rule?

The parol evidence rule renders evidence of prior and contemporaneous agreements contradicting, modifying, or varying the terms of the contract inadmissible to the court.

Moreover, the rule applies explicitly to written documents serving as the final expression of the terms of the agreement.

What Is the Purpose of the Parol Evidence Rule?

The aim of the parol evidence rule is twofold:

Consequently, the parol evidence rule is crucial in contract-based proceedings, such as real estate, business, and construction lawsuits.

An Example of the Parol Evidence Rule

Below is a general example where the parol evidence rule is applicable.

Angela signed the agreement. However, before signing the lease, she sought assurance from Bob that the farm’s drainage system was functional.

Bob’s lease agreement was silent regarding Angela’s concern. However, he promised her that the drainage system was still in excellent condition.

Sometime after signing the lease, Angela discovered that the drainage system was not functional.

Can Angela sue Bob for breach of contract due to the drainage system issue? Specifically, was Bob’s promise of a working drainage system legally binding as their written contract?

The parol evidence rule can serve as a guideline when deciding the case above. For instance, a jury may base its decisions on the following rule of law:

Suppose the parties had a conversation that created a separate agreement not included in the initial written contract and that this side agreement contradicts the written document. In that case, the court cannot enforce such evidence because the contract has a merger clause.

Contract Must Be a Complete Integration

The parol evidence rule applies when parties have entirely “integrated” a contract. This integration means that the participants consider the written agreement their final contract.

A complete integration encapsulates the parties’ complete and exclusive arrangement on a contractual matter.

Courts typically consider contexts to see the intention of the parties who made the written agreement to determine the complete integration of the document.

For example, an employment agreement is completely integrated if it contains all the contract conditions, such as duration of employment, employee compensation, paid vacations, medical insurance, and other incentives.

The conditions and terms must indicate that the parties intend for the written document to be a finalized agreement.

Contracts can also indicate by their terms that they uphold the final and complete agreement between parties.

For instance, a complete agreement can include an integration clause saying, “This written contract includes the parties’ complete and final agreement. The parties do not agree to be bound by any additional terms not included in this writing.”

When Is Outside Evidence Allowed?

Exceptions to the parol evidence rule allow courts to use outside or parole evidence to gain more information than the agreement’s content.

The parol evidence rule permits extra-contractual proofs to clarify the intention of the parties when a term’s definition is absent or ambiguous. This need may result from the parties failing to explain a critical word or phrase when drafting the contract.

For example, in the case of Kerl versus Smith, the parties disputed the meaning of the term “timber.” The Mississippi Supreme Court allowed the complainant’s presentation of parol evidence to expound the contract’s definition of the word.

Then, the plaintiff introduced evidence of a prior written agreement that the parties had when defining timber, which was “merchantable pine timber.”

Another situation in which parol evidence is admissible is the case of collateral agreements.

Individuals can use external evidence to demonstrate the existence of an independent collateral agreement alongside a fully integrated and official written agreement. This condition indicates that the parties made another agreement outside the “four corners” of the written document.

The following characteristics make up a valid collateral agreement:

In the case of Green v. Booth, two parties arrived at the following agreements:

Strictly speaking, the seller’s assurance was not admissible as evidence. However, the court allowed it for the following reasons:

Lastly, you can use parol evidence to show that the other party is guilty of fraudulent misrepresentations.

The plaintiffs committed real estate as collateral for the loan in the contract renewal. On the other hand, the defendant, a credit union, pledged not to take any punitive action for three months after the contract signing.

Moreover, the plaintiffs signed the deal without perusing it and promptly defaulted. Consequently, these complainants claimed that the credit union acted fraudulently to get them to reconfigure the debt agreement.

Then, the plaintiffs sought to present outside evidence that the credit union’s vice president reached out to them two weeks before the agreement was made and pledged to extend the loan for two years rather than three months.

The purported promises refuted the written contract, which offered a three-month rather than a two-year forbearance.

However, the court ruled that plaintiffs can introduce extrinsic evidence of pledges and conversations. This situation indicates that the court upholds the fraud exception to the parol evidence rule to prevent injustice.

Exceptions to the Parol Evidence Rule

In some cases, there are exceptions to the parol evidence rule. Then, the following list of evidence becomes admissible:

Debate Over the Parol Evidence Rule

The vital controversy surrounding the parol evidence rule is the determination of whether the parties intend the written agreement to be final.

Some jurisdictions restrict the evidence to the contract’s content and consider any extrinsic evidence irrelevant to disputes.

In contrast, other courts admit extrinsic evidence that does not negate the original contract’s terms.

Still, some legal specialists propose that only judges should be able to access and review extrinsic evidence and not the jury.

Today, in the United States, the American Law Institute is responsible for clarifying the parol evidence rule’s rising number of overlapping precedents.

Consequently, the organization drafted the general guidelines, or “Restatement,” affirming the rule as a theme of contract interpretation.

Here are a few situations in which parol evidence is admissible:

How to Avoid Parol Evidence Issues

Here are several recommendations on how to avoid problems related to the parol evidence rule:

It is essential to express your intention when drawing up a contract. The parties should add a suitable merger or integration clause to observe the written agreement rigorously.

Parties may decide not to add any provision if they want to be more lenient or flexible, or even propose that particular types of representations remain part of the contract. However, these participants must know that it can be challenging to recreate future contracts using parol evidence.

Suppose a party relies on verbal assurances that the written contract does not include. In that case, the parol evidence rule can have grave consequences.

For instance, a judge will probably exclude oral promises in later breach-of-contract litigation and only rely on the “four corners” of the contract. Consequently, the party may lose the case after suppressing such evidence.

Although a party may take advantage of rule exceptions (such as fraud, mistakes, and confusing wording), those cases may have a limited application.

It can be challenging to avoid a rigid reading of the written contract if the party seeks to do so.

Ensuring the entire agreement is in writing from the start is the best way to avoid the above issues. Additionally, the written contract should accurately express your goal if you must include flexibility in generic terms.

The following list includes applications of the parol evidence rule:

However, in many cases, clients who decide to back out on their subscription receive a notice that the written agreement is non-cancellable. This issue indicates that the oral assurances of the salesperson are non-enforceable.

Still, individuals may seek to legally rescind the contract because the salesperson misrepresented the agreement’s terms. Misrepresentations are a violation of consumer protection laws.

In most situations, the written document governs the terms of an agreement between the buyer and the car dealer. However, customers can still file a legal complaint of misrepresentation if car dealers have misled them into signing the contract.

Moreover, the examples above suggest that the parol evidence rule can be a problem for consumers.