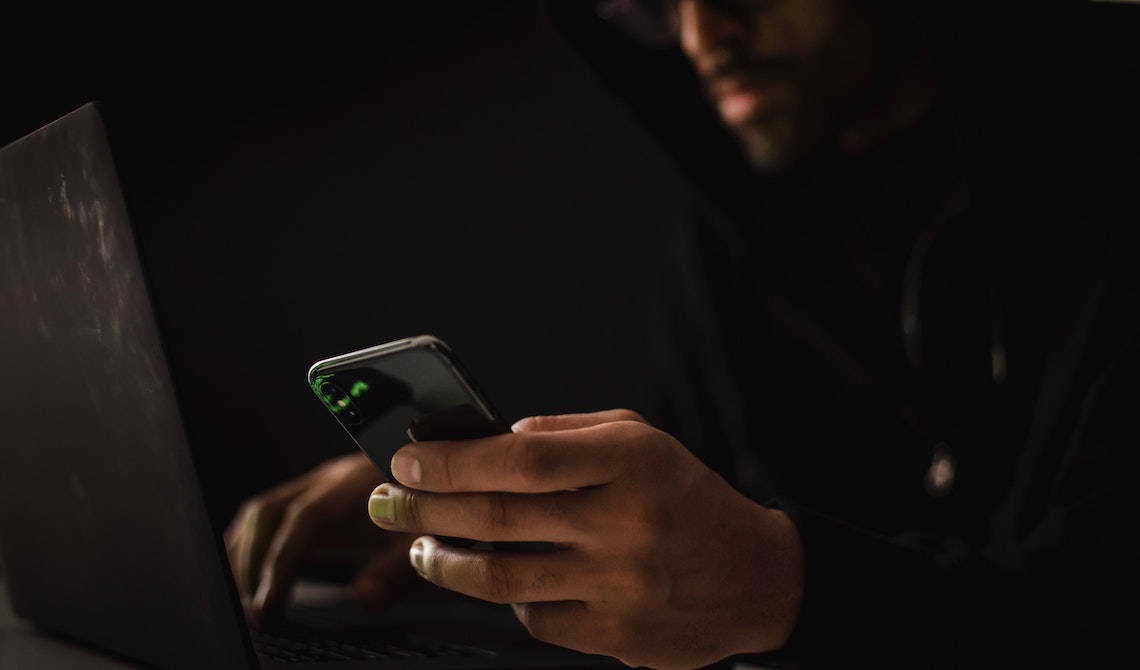 Since the start of the pandemic, the PPP (Paycheck Protection Program) has served as a solution to the rise of small businesses closing down.

Millions of loans have been doled out to different small businesses to keep them afloat during the pandemic. However, the program eventually became the target of fraud and scams and is now being investigated.

In this article, we will explain what PPP is and how it helps people during the coronavirus pandemic. The article will also cover what constitutes PPP fraud, its potential charges, and the length of jail time once an individual is convicted.

Suppose you know someone who is incarcerated because of fraud. In that case, LookUpInmate.org has a searchable directory of correctional facilities, from jails to federal prisons in the United States, should you wish to locate an inmate.

The Paycheck Protection Program: Can Someone Go to Jail Because of PPP Fraud?

During the onset of the coronavirus crisis, small business owners faced a great deal of economic uncertainties due to the imposed health restrictions and frequent lockdowns. Subsequently, millions of employees lost jobs across the United States, and a crisis ensued.

The U.S. government developed PPP, a $670 billion loan program managed by the SBA (Small Business Administration) to minimize the impact of the pandemic.

The purpose of the PPP was to help businesses, primarily small establishments, to pay off their employees during the height of the COVID-19 crisis.

However, the PPP attracted instances of fraud, and the FBI (Federal Bureau of Investigation) started investigating and charging people with PPP loan fraud cases.

Still, fraud allegations are a complicated issue that even criminal defense lawyers are tested with their knowledge of fraud laws.

Businesses were unaware that applying for PPP funds to help pay off their employees despite the downturn during the pandemic was susceptible or prone to loan fraud schemes.

For this reason, loan recipients should prepare for investigations by federal agents, the DOJ (Department of Justice), and entities like the IRS (Internal Revenue Service) to spearhead and point out fraudsters.

Companies should understand that rules and regulations concerning the PPP are constantly changing, mainly due to adjustments needed to combat fraudulent PPP loans.

If a business owner is unsure whether they are eligible for a loan or forgiveness, it is best to consult a defense lawyer.

The PPP started as part of the relief programs from the government to ease the impact of an unstable economy treading through the pandemic.

However, the program has attracted people with ill-intent to take advantage of innocent individuals, forcing the authorities to take stringent measures to combat such activity and prosecute those who are guilty.

If you are one of the recipients of a PPP loan, you should understand the pre-existing federal laws against fraud. The FBI, DOJ, and federal prosecutors have all the necessary tools to charge people suspected of PPP loan fraud.

You should note that the PPP is under the Coronavirus Aid, Relief, and Economic Security (CARES) Act of 2020 and is not a penal statute. The CARES Act does not recommend any penalty, unlike other criminal laws. So, the FBI will use other applicable laws to convict fraudsters from taking advantage of the relief program.

There is a lot of confusion regarding PPP despite its intentions of helping businesses cope with the pandemic. Many people who received their PPP loans are either unsure of the terms and conditions of the loan or the criteria that will make those loans forgivable.

As of this writing, the U.S. Small Business Administration reported that the PPP doled out more than 11.5 million loans worth more than $790 billion. The sheer amount of taxpayers’ money is significant, and the federal government is undertaking a massive effort to charge individuals guilty of abusing the PPP.

If you are concerned about whether you can be subjected to federal investigations because of your PPP loan, here are specific conditions that can catch the FBI’s attention.

PPP Fraud Crimes That Could Possibly Lead to Jail Time

The following are common PPP fraud crimes that can send someone to jail:

Millions of small businesses are eligible for PPP loans. However, not all have the ability and opportunity to get these federal funds under the PPP. Still, if you lie about the necessary information intending to abuse the program, be ready to face criminal charges.

Fraudulent Use of PPP Loan Funds

The CARES act states that funds from PPP may only be used for authorized purposes such as payroll, interest, and rent payments under existing obligations, insurance premiums, and utilities.

The use of PPP aside from these authorized expenses would be deemed fraudulent and may result in imprisonment.

The PPP loan forgiveness allows borrowers not to repay their PPP loans anymore. However, debtors should have a certification and accomplish all the requirements to apply for loan forgiveness.

If you submit falsified certification, it may result in severe punishment and possible jail time. Because PPP loans can be forgiven, many abusers have tried their best to circumvent the system and get the most out of the PPP through illegal means.

Can You Go to Jail for Lying on Your PPP Loan?

There are serious legal problems when you lie or give incomplete information on your PPP loan application. You can face financial, civil, and even criminal penalties if found guilty. To learn more about the charges you can face for lying on your PPP loan, read on further.

During the start of the COVID-19 pandemic, the United States government devised a strategy to help businesses severely affected by the closures and lockdowns. The Coronavirus Aid, Relief and Economic Security Act or CARES is a $2 trillion program targeting small businesses affected by the health crisis.

Among the relief programs inside the CARES Act is the Paycheck Protection Program, which is a stimulus package to help both small business entrepreneurs and employees keep afloat during the onset of the pandemic.

If someone knowingly attempts to scheme and defraud a financial institution, that person commits bank fraud. If found guilty of bank fraud, that person may be punished by up to 30 years and may be fined up to $1 million.

Bank fraud is a serious crime to defraud a program intended to help businesses and employees in times of severe restrictions brought about by the pandemic.

Included in acts that may lead to charges of bank fraud are submitting false documents containing false information during their PPP loan application. Charges and punishments are severe for these kinds of criminal acts.

What Are the Potential Charges in Federal PPP Loan Fraud Investigations?

Though the CARES Act does not contain a penal provision for PPP loan fraud, criminal cases can still be charged against people who are guilty of fraud. Some of the charges that can be brought and the possible prison sentences and fines are as follows:

Making false statements is a federal criminal offense under 18 U.S.C. § 1014. The people charged are those who knowingly provide false statements or reports to expedite the SBA’s approval of a PPP loan.

The FDIC (Federal Deposit Insurance Corporation) insures financial institutions that approve and dole out PPP loans to approved borrowers. False reports, statements, and information submitted to the SBA will result in charges and possible incarceration.

Bank fraud is a federal statute that is the illegal manner of obtaining money, credit, assets, securities, funds, and property owned or under the custody of a financial institution. These statutes are under 18 U.S.C. § 1344.

Wire fraud is the attempt to defraud a financial institution using electronic devices such as a telephone or the internet.

Aggravated identity theft is a federal crime of illegally using another person’s identity. Included in the charges of Aggravated Identity Theft are bank fraud and wire fraud.

Tax evasion is the willful evasion or avoidance of any tax obligation imposed by the Internal Rode. Tax evasion includes evading paying payroll and income tax by not reporting income generated from activities funded by the PPP loan.

Making false statements is a fictitious or fraudulent representation or statement done through false writing, document, or any material presented as fact in a federal inquiry.

False statements in PPP loan applications or in certifying forgivable loans are a criminal offense under 18 U.S.C. § 1001.

Conspiracy is the collective effort of multiple individuals or businesses to obtain funds through fraud under the PPP loan program. It is a criminal offense under the federal conspiracy statutes, 18 U.S.C. § 371 and 18 U.S.C. § 1349.

You can also be charged with a federal attempt statute if you tried to commit fraud but were unsuccessful. Charges for such an act have the same penalties as those for the offense itself.

The False Claims Act focuses on doling out civil and criminal penalties to people guilty of fraud that target federal programs. The Justice Department can pursue civil charges for unintentional PPP loan applications or forgiveness while going after criminal prosecutions for intentional loan frauds.

The U.S. Attorney’s office, the Department of Justice, and law enforcement have all come together to pursue and file criminal charges against PPP loan fraud perpetrators all over the United States. The charges range from bank fraud to false statements. The investigation is a long, tedious process that requires a massive amount of effort.

Here are some of the potential fines and penalties for PPP loan fraud:

Who Went to Jail for PPP?